3: Secrets of the Ocean 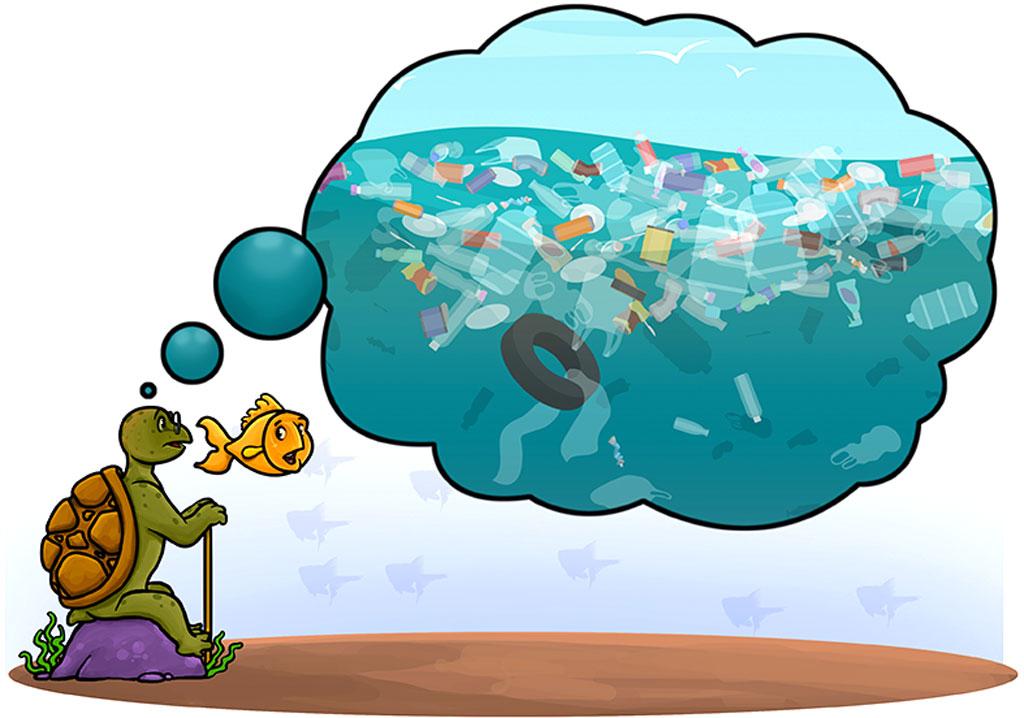 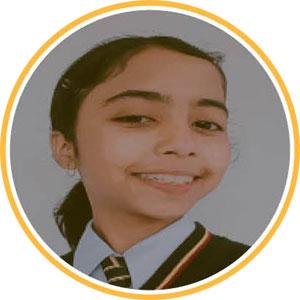 Shreyashree Pachani is a class 9 student of the Montfort High School, Chabua, Dibrugarh.

‘I have travelled to a lot of places since the day I was born but I always aimed for the ocean,’ said Grandpa, he was an old and wise turtle with a very pretty shell.

‘Why did you always aim for the ocean, grandpa? It's just water and garbage!’ asked Tommy. He was a curious little goldfish that wasn't actually golden in colour.

After listening to Tommy, Grandpa smiled and said, ‘The ocean that I knew wasn't just water and garbage. It had powers!’

Tommy was awestruck and asked, ‘But what happened to those powers now, Grandpa?’

‘Those powers faded with the soul of the ocean—a lot of species of fish died, coral reefs became rare, and the remaining fish started eating each other for survival.’

‘Why did the soul of the ocean fade?’ asked Tommy. ‘The news of the ocean fulfilling the wishes of the fish went to the humans and they too wanted their wishes fulfilled in the same way. But the ocean wasn't able to do so. Hence, it offered its water to the humans but it was too salty. So, the humans thought that the ocean isn't useful to them at all and they started throwing garbage and chemicals into it,’ said Grandpa.

‘But can't we do anything now to save it?’ asked Tommy. ‘Yes we can... if everyone of us spreads awareness to keep the ocean clean and promises to dispose garbage and chemicals properly. Then, the soul of the ocean may return.’

‘I promise you Grandpa that I will try my best to retrieve the soul of the ocean,’ said Tommy and he rushed to his friends to spread his newfound awareness...

2: The Wish of the Whale 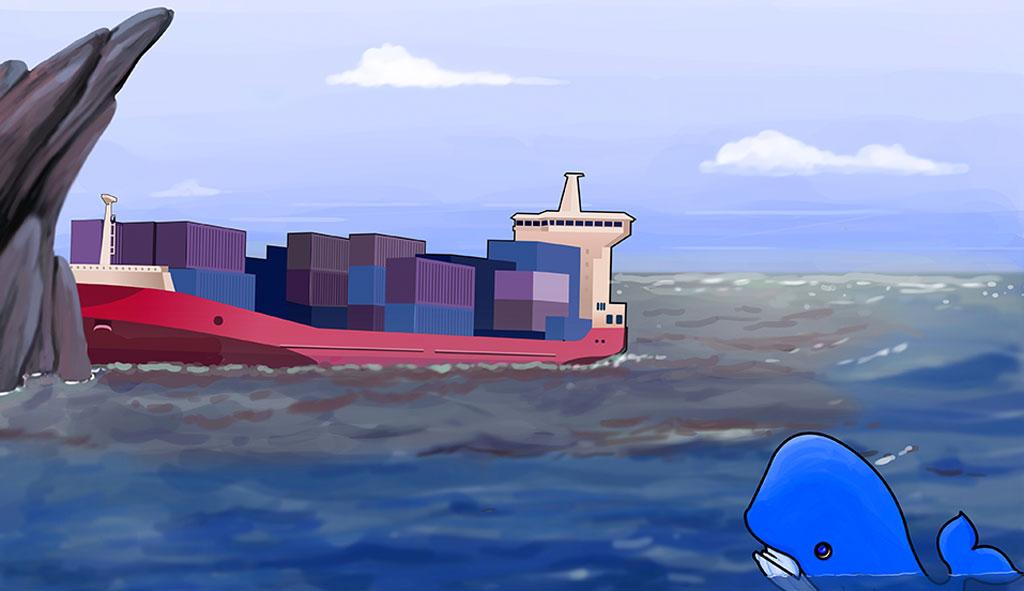 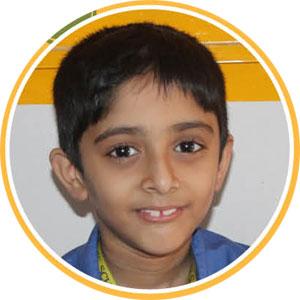 Shrehaan Singh is a class 5 student of the St Mary’s School, New Delhi.

What a sad day it is today! I hope I don’t get to read such news ever again. The oil leak from a big ship has brought so much pain in my neighbourhood.

We were all so happily enjoying the party last Friday but suddenly everything changed. It was the first birthday of my friend’s granddaughter, Clara. Therefore, Ana, my dear friend had arranged a grand party. We had all been waiting eagerly for the occasion for many days.

Clara’s birth had brought much happiness as she was the only infant in our community. So, my family and I were busy doing the preparations for the much-awaited party. How much fun we had that day! Eating, drinking, dancing, singing, playing and much more! Who would have thought that it was soon going to end? And then, suddenly everything changed.

I remember a loud thud. The sound came from a big ship crashing against a rock above. Everyone was frightened. Soon, some sticky thing started spreading. It was a complete chaos. No one knew what to do. Everyone ran here and there. It was only after a few hours that I got to hear the worst. Ana had lost all her family members, including Clara. They were not as fortunate as others.

I am in a deep shock till today. When will the humans ever understand that the ocean is our home? They have badly polluted our home. But the humans will be humans! Their greed never ends. I only wish that it could… 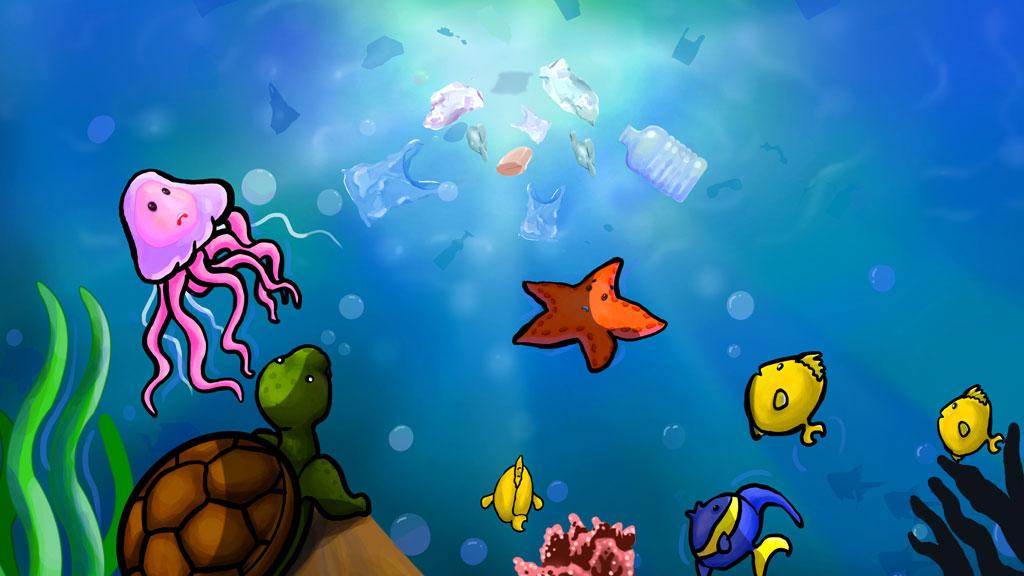 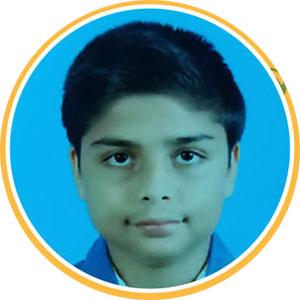 Once upon a time, there was an ocean full of wonderful creatures. There were many creatures in it, like the lemon fish, turtle, jellyfish and starfish. The lemon fish used to swim around the rock where the turtle rested. The turtle was always resting or so it seemed. The baby lemon fish swam around playing ‘shark chase’ with the little angelfish. It was a good day UNTIL…

A shadow covered them: the lemon fish, jellyfish, starfish on the rock and the baby lemon fish swimming this way and that, playing ‘shark chase’. The dark shadow got very close. All the baby fish look up. ‘It’s got lots of nice colours,’ they bubble. And so it does. And as it floats down, they see green and blue colours all mixed up.

The lemon fish starts to worry. It slowly lands on top of them all. First, the poor turtle gets twisted. The thing twists around his flippers.

‘I can’t move; it has caught me up in a terrible tangle,’ the turtle shouts to the others.

‘Flap your fins as hard as you can; make waves! We can free turtle if we all try hard,’ a lemon fish shouts. And they all do just that. The jellyfish is a good wave-maker, and soon that plastic bag—for that is what it is—wobbles and moves, and the turtle manages to wriggle his flippers free.

But that nasty plastic bag doesn’t stop there. It floats down further and covers all the baby fish. ‘Flap your fins,’ the lemon fish shouts again. ‘Flap and when it moves, swim away.’

When it floats up, the baby fish go out as fast as they can. Then that nasty plastic bag floats back over the rock. Now, the starfish gets covered with that terrible floaty bag.

This time the turtle is braver. He bites with his sharp teeth onto one end and pulls. The angelfish sees the turtle pulling and pulling at the plastic bag and helps the turtle free the starfish. They call the crabs so that they can chop it into small pieces.

‘Not good,’ the mummy lemon fish was sour and gathered up her babies. She said exhaustively that from now on they will have to not only look out for sharks but that nasty floating thing too!