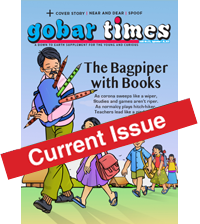 On September 1, 2021, New Delhi recorded the highest single-day rainfall in about 2 decades—112.1mm. The highest rainfall recorded in the national capital is 172.6mm on September 16, 1963. The city received rainfall just as schools had reopened 17 months after COVID restrictions. The rainfall led to water-logging in several parts of the city leading to severe traffic jams. On average, Delhi receives 125.1mm of rainfall in September every year.

IPCC Report 2021 : What Have Scientists Predicted for the Future?

More Turtles are Eating Marine Plastic Pollution; Can Lead to Decline in their Numbers

Why Should We Use a Fan with Our ACs?

COVID-19 Vaccination for Children Likely to Begin from August 2021

Has the Flood Season Begun in India?

What is Green Fungus and How is it Affecting COVID-19 Patients?

The Arctic is Warming Three Times Faster than the Global Average

Queen's Valley School, Dwarka, Shows How To Be Climate Friendly And Save Money With Solar Power