A Greener Ride Saves The Day 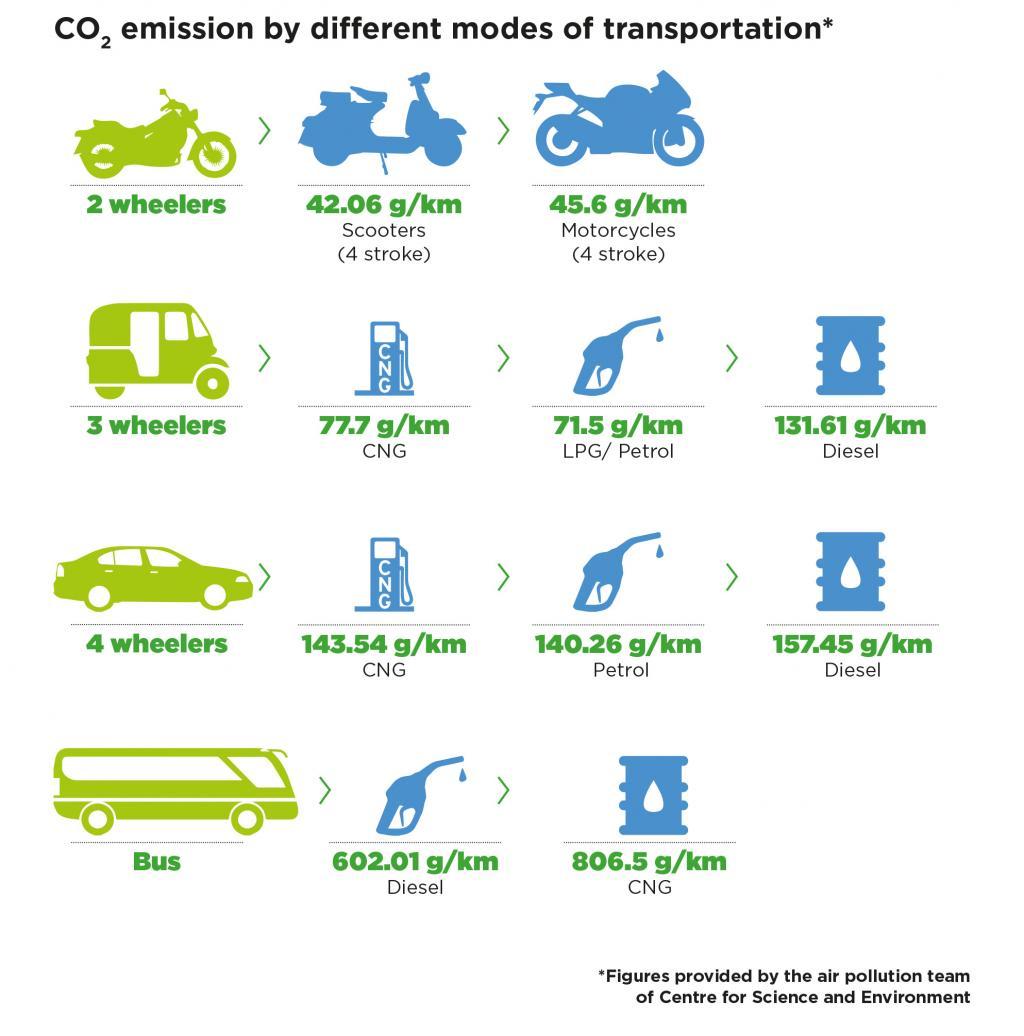 Transportation uses the largest amount of energy after the process of production. As energy comes from burning fossil fuels, the more energy we use, the more greenhouse gases (GHGs) we emit. The primary GHG vehicles emit is carbon dioxide (CO2).

Different modes of transportation emits different quantities of GHGs. The GHGs released by per person per kilometre in a bus would be a lot less than a person who drives a car. The air pollution team at the Centre for Science and Environment did a research and found the approximate amount of GHGs emitted by different vehicles.

Using public transport and carpools is a way to reduce the number of vehicles per person on the road. To cover shorter distances, nothing is better than walking or cycling. It not only saves money and protects the environment, but is also a healthy choice.