Are We Breathing or Choking?

As we gear up for winter, we cannot ignore that this is the time when we experience the worst of air quality across cities and towns. The air we breathe is filled with toxic pollutants like nitrogen dioxide (NO2), sulphur dioxide (SO2), carbon monoxide (CO), particulate matter (PM 2.5, PM 10), lead (Pb), ozone (O3), among others, arising from multiple sources such as vehicles, industries and power plants.

Delhi has been infamous for its air pollution, for years, especially after the World Health Organisation reported it to be the most polluted city in the world in 2014.

Moreover, Delhi residents are not alone in grappling with air pollution. Many other cities such as Allahabad, Varanasi, Patna and Kanpur are also equally at risk.

The Green Schools Programme (GSP) Audit has allocated an important part to the "Air section" under which there are activities to sensitise students on the importance of adequate ventilation in classrooms, sustainable mobility and its correlation with air quality and the need to monitor the ambient air quality. 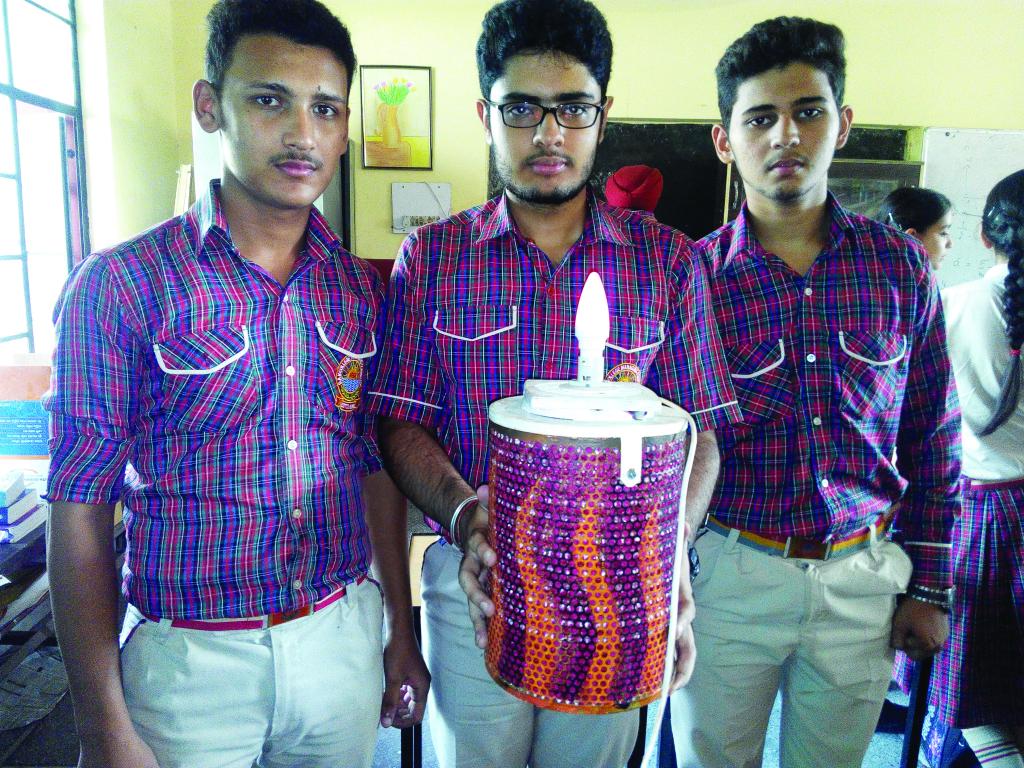 In the 2019 GSP Audit, around 90 per cent schools reported window-floor ratio higher than the minimum (5 per cent), indicating that they fulfil the minimum requirement for indoor air circulation. 79 per cent schools said that they did not own a vehicle of their own and they hired the vehicle from an operator on a need basis. They also encouraged use of public transport which conveyed a lot on the awareness the schools have on sustainable mobility practices.

In this issue, we bring to you the efforts of the GSP schools in North India to fight air pollution in their own capacity to make a difference.

The school has been a witness to stubble burning– one of the various sources of air pollution–which affects areas outside the state too.

The school realised the need to launch an initiative that helps the community to breathe clean air. The school team came up with an idea to create an affordable air purifier. The model project of the air purifier was prepared by the schoolchildren under their teachers’ guidance, has been selected by National Institution for Transforming India (niti Aayog) under the Atal Innovation Mission–an initiative of the Union government to promote a culture of innovation and entrepreneurship. The school has been given a grant to turn the proposal into a fully functioning system. Let us have a look at the basics of the model:

The system costs around Rs 800 and is the size of an exhaust fan. It is made up of waste materials and can work well for a small room. Innovative, isn’t it? 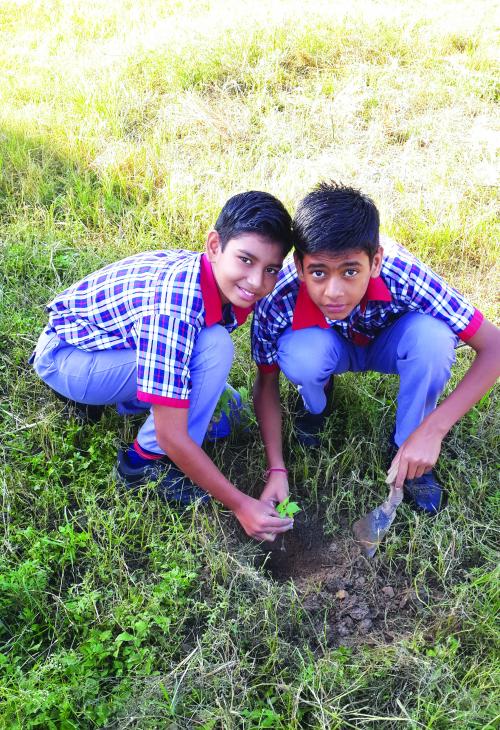 The school has undertaken various initiatives under GSP to fight air pollution. With many environmental issues to deal with, the school believes in involving the students to make them responsible citizens. The students are encouraged to share their learnings in their community as well.

The first step to control air pollution is to plant trees which work as natural air purifiers. The school team has planted native trees like neem (Azadirachta indica), peepal (Ficus sp), tulsi (Ocimum sanctum) and bamboo (Bambusa sp). All these plant species are known to be good for our health and ecology. They keep the environment clean and support the biodiversity of the area. Besides, trees such as neem and tulsi have medicinal values too. Bamboo grows fast, is evergreen, and adds to the aesthetics of the school.

The next important step targets mobility. The school is aware of the "Pollution Under Control" (puc) certificate which depicts the emission from the vehicle meets the standard pollution control norms. Though the school does not own any vehicles, and most of the teachers and students use public transport, the ones who use their own conveyance, have puc certificates for their vehicles.

These examples show us that each of us has to contribute to save the earth from pollution. Otherwise, it is impossible for government and a few environment lovers alone to protect it.

Photo caption: Students of Kendriya Vidyalaya No 3, Pathankot, plant saplings in their school