A Short Story of Environment in India @75 years 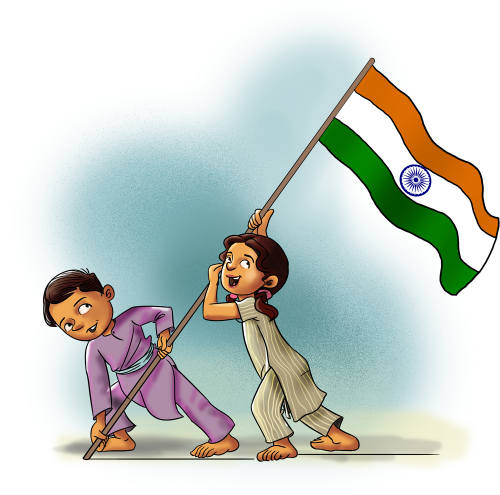 'Why was India lost?’ asked Mahatma Gandhi in his famous little book of philosophies, the Hind Swaraj, in 1909. Without any pun intended, he answered some lines later: ‘The English have not taken India; we have given it to them.’ As Indian princes indulged in the unfair practises of the Company Bahadur, they lost their kingdoms and India got withered away like a wind blows a castle of cards... So, ‘How can India become free?’he pondered some pages later. Just as many other great men and women of his times, he too believed that ours is a great civilization i.e. a mahaan sabhyata in Gujarati, in which he originally wrote. Time immemorial, he believed, we have proven our strength with our ability to survive; by remaining sabhya, i.e. the nice, decent, and well.

‘Survive’ is the key word here and so was it, even more so, in 1947. When questioned about our Independence, the celebrated British Prime Minister Winston Churchill rebuffed, “India will fall back... into the barbarism and privations of the Middle Ages.” On the prospects of granting us self-rule, Rudyard Kipling, the official and famous writer of the classic The Jungle Book, replied, “Oh no! They are 4,000 years old out there, much too old to learn that business...” Having managed our Independence for three-quarters of a century— owing to the sabhyata or otherwise—survive, we did, after all.

Of course we made mistakes. Our azadi (freedom) hasn’t been an amrit (elixir) really. Not for all the folks and not all the times. So, where did we goof-up then? For what and when? It’s important to investigate this so that we don’t repeat the mistakes. For it is in the learnings of our past and concerns of our today, that lies a better future for us all. One way to study the past could be to look at our environment—how it changed us and how we changed it over the 150 odd years, 1872–2022, considering 1947 as the fulcrum. With the planet facing an imminent danger, it is significant how India—a nation with 3% of the world’s money and 17% of humanity—can remain evergreen.

Back to Kipling in 1894 when he imagined the Mowgli at the Pench National Park, let us look at that India and its people, the vanas (forests) and their piousness, and their stories of struggles.

About 75 years before Independence 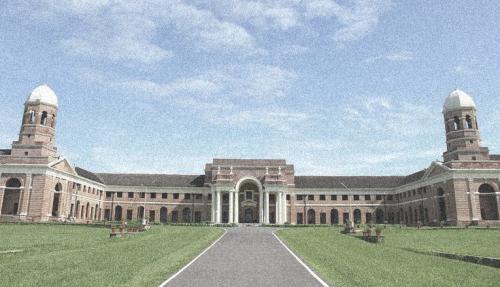 In 1864, the British established the Indian Forest Department. This best symbolised their interests and approaches—capitalist and imperialist. Simply put, they wanted to reap profits by trading products from our thriving forests—timber, wildlife, and other non-timber items. To secure these profits, they wanted a complete ownership of the forests. But there was a problem: these forests had many adivasis for whom the forest was their life. It was only natural for them to hate the British and their tactics to succumb the forests. Some of their frustrations are best captured in the extract below. 'The reservation of vast tracts of forests... was a very serious blow to the tribesman.

He was forbidden to practise his traditional methods of Swidden (read shifting) cultivation. He was ordered to remain in one village and not to wander from place to place. When he had cattle, he was kept in a state of continual anxiety for fear they would stray over the boundary and render him liable to... heavy fines. If he was a forest villager, he became liable at any moment to  be called to work by the Forest Department. If he lived elsewhere, he was forced to obtain a licence for almost every kind of forest produce. At every turn, the forestry laws cut across his life, limiting, frustrating, destroying his self-confidence... A forest officer once said: “Our laws are of such a kind that every villager breaks one forest law every day of his life.”'

Therefore, the natives fought bloody battles against the dikhus (outsiders) in the Kol Uprising (1831), Santhal Uprising (1855), and Munda Rebellion (1899). ‘Private  property’ in land triggered major confrontations like the Moplah Rebellion (1849), Pabna Rebellion (1873) and Deccan Riots (1875). In similar agrarian revolts, the Company sahibs compelled poor tenants to cultivate commercial crops in vast plantations. Thus, farmers of the Indigo Rebellion (1859) and Champaran Satyagraha (1917) not only lamented the non-consumable indigo yields and their miniscule earnings but also the environmental deterioration of their motherland, causing massive famines unknown in Indian history. 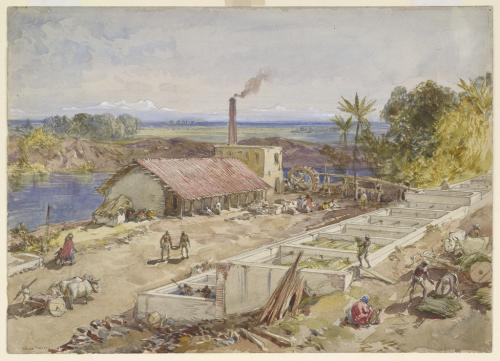 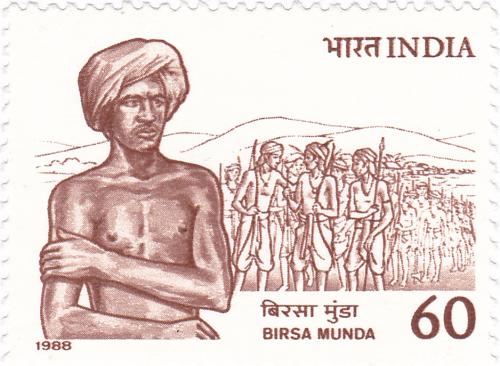 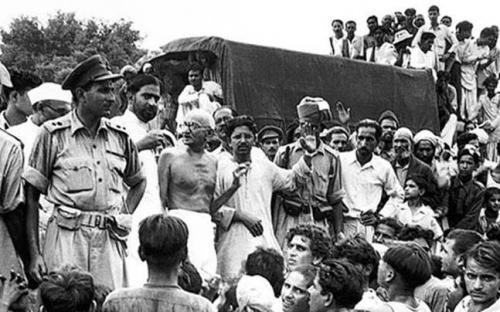 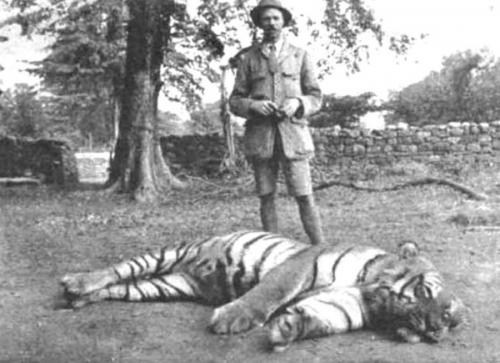 A permanent loss was awaiting with tribal hunting restricted and bounties placed over tigers, lions, and leopards. With Indian princes rejoicing the game, no wonder the twilight years of the British Raj saw extinction of the majestic cheetahs. But as the legendary Jim Corbett abandoned guns for cameras and trophy-hunters became conservationists, India’s jungles bloomed with hope towards Independence.

About 75 years since Independence

Jawaharlal Nehru kickstarted young India’s glorious march by establishing the ‘temples of modern India,’ represented by the Bhakra Nangal Dam (1963). A series of Land Reform Acts were promulgated to ameliorate the inherent colonial problems regarding occupancy rights. However, weak laws provoked land-grab movements by Naxalites (1960s). The Bhoodan Movement (1950s) under Vinoba Bhave, encouraging land donations through Gandhian methodology, also faded. Similarly got ignored the Gurudev's ideas from Shantiniketan of integrating our lifestyle with nature, echoing from the pre-1947 era.

An ambitious India’s ecstatic energy was accurately exemplified in Indira Gandhi’s speech at the UN Conference on Human Environment at Stockholm, 1972: ‘The rich look askance at our continuing poverty... on the other they warn against our methods. We do not wish to impoverish the environment... and yet we cannot afford to forget for a moment the grim poverty of large number of people. Are not poverty and need the greatest polluters?’ 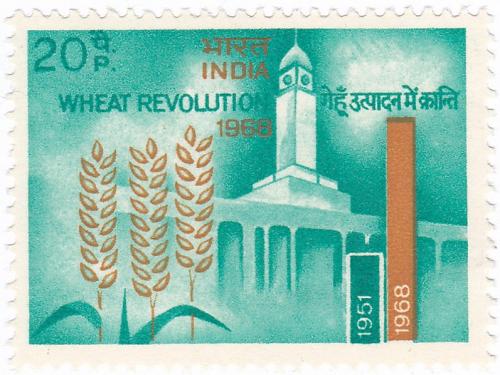 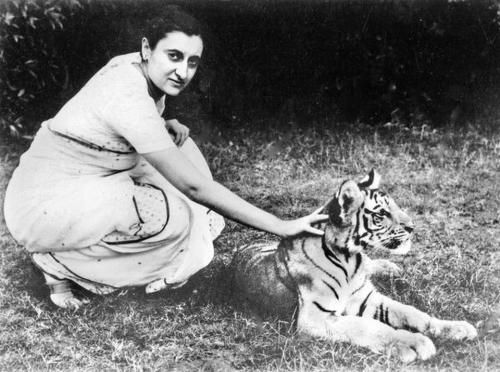 Mrs. Gandhi’s deep sensitivity for the environment launched the world’s largest wildlife conservation programme—the Project Tiger (1973). Successively were passed a string of legislatives—the Wildlife Protection Act, 1972; the landmark Forest Conservation Act, 1980; and the Environment Protection Act, 1981. Her government also upgraded the Department of Environment into a full-fledged Union Ministry and introduced the Green Revolution to boost agricultural productivity. This promoted chemical fertilizers and pesticides. Though many of these measures have been scathingly and validly criticised, India’s environmental movement attained a remarkable maturity during her tenure.

Various forestry, anti-dam, and anti-mining agitations—notably, the Chipko Movement (1973), Save Silent Valley (1973), and Niyamgiri Movement (2013), respectively—made Indian environmentalism much more inclusive and participatory. This was witnessed particularly in the demonstrations 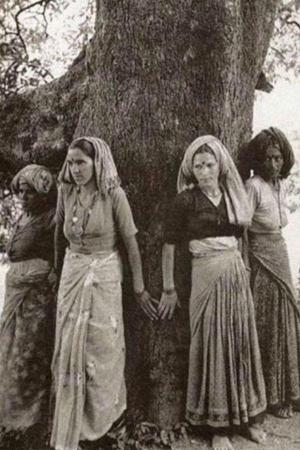 of the Narmada Bachao Andolan (1980s-90s) comprising peasants, artisans, landlords, workers, students, teachers, professionals, intelligentsias, activists, and even celebrities. From the 1980s, their concerns were voiced by many conscientious environmentalists. Madhav Gadgil offered scientific ecological reasons for protecting the rainforests of Western Ghats. The legendary Salim Ali gave a new flight to our birds and undertook path-breaking restoration efforts for the wetlands of Keoladeo Ghana National Park, Bharatpur. 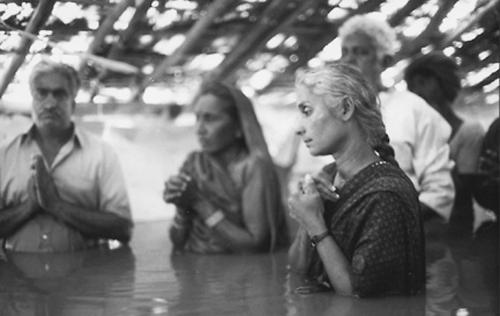 Anil Agrawal founded our Centre for Science and Environment and with Sunita Narain published the exceptional series of The State of India's Environment Reports since 1982. These studies were soon accompanied by India’s flagship environment fortnightly, the Down to Earth, of which yours truly, the Gobar Times magazine and Young Environmentalist website are children’s champions.

The story of India’s environment history is about daunting challenges and unexpected achievements. They indicate how much have we benefited from our Independence. Hopefully, our continuing tryst with destiny would someday help us experience the elixir of this freedom.