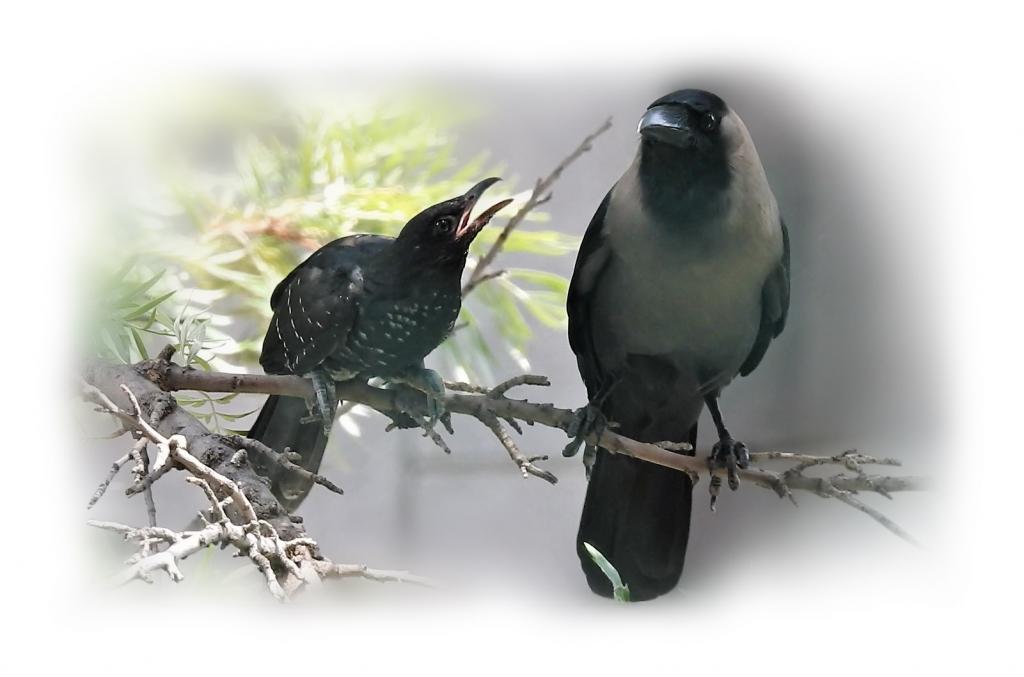 Do you remember your Mum pointing out a kauua to you as a kid? A crow is certainly among the first non-humans we notice as babies. In fact, children very quickly pick up their 'ka/kaw' in spite of its harshness, and repeat it like a sweet lullaby. This is how, crows become our best, flying companions—they fly wherever humans go! Moreover, they also display many of our traits, like intelligence, cooperation, cleverness, and being social.

I’m sure, you’d remember reading the Aesop’s fable on the crow and the pitcher. That’s where this glossy jet-black displays its intelligence using some stones to quench its thirst. In fact, after parrots, crows have the largest brain among birds! Further, this brain has an excellent memory too.

Do you know, crows can recognize your face? Hence, they don’t forget you, particularly, when you trouble them! Plus, they also complain about you to their friends.

Common cultural prejudices prevail about crows. They are believed to be harbingers of death, disease, and sorrow. Their group is known as a ‘murder of crows’, which I don't like. This flock is often considered a bad omen. A ghostly ‘scarecrow’ in a farm also seems to be named after them! As a child, I wished if we call it ‘scarebird’ instead of maligning our innocent, shimmering birdy.

Thankfully, in Indian beliefs, its ka-kaw predicts the arrival of a much-awaited guest. Interestingly, over a hundred crows can assemble where a fellow crow is lying dead. They do this to find out the reasons for its death. After that, they usually discard that area. This behaviour shows how smart they are, or it may be their survival strategy.

Out of the many visitors to my balcony, a crow stands apart. It loves curd. It scoops into the curd topped over its rice plate, collects little water, and flies away. A few days back, I observed a breeding crowpair building a nest with twigs, barks, rags, and discarded plastic wires! Though, I couldn't see their eggs but I certainly noticed their chicks.

Initially, one parent guarded the nest while the other gathered food. But recently, they both took to feeding the chicks. I learnt that the house crow often becomes a victim of brood parasitism by Asian Koel. Meaning, that the Koel relies on other birds, like crows, into raising its young ones instead of doing this by itself. Some years back, I even witnessed how two crows dutifully fed a Koel chick, whose food demands grew more frequent. No wonder, there are so many Koel chicks in my trees nearby and why both my crowparents have eventually taken to feeding all their nest-dwellers.

Once again, this year, a crow couple is building their nest. I hope this time, they won't become victims of brood parasitism.