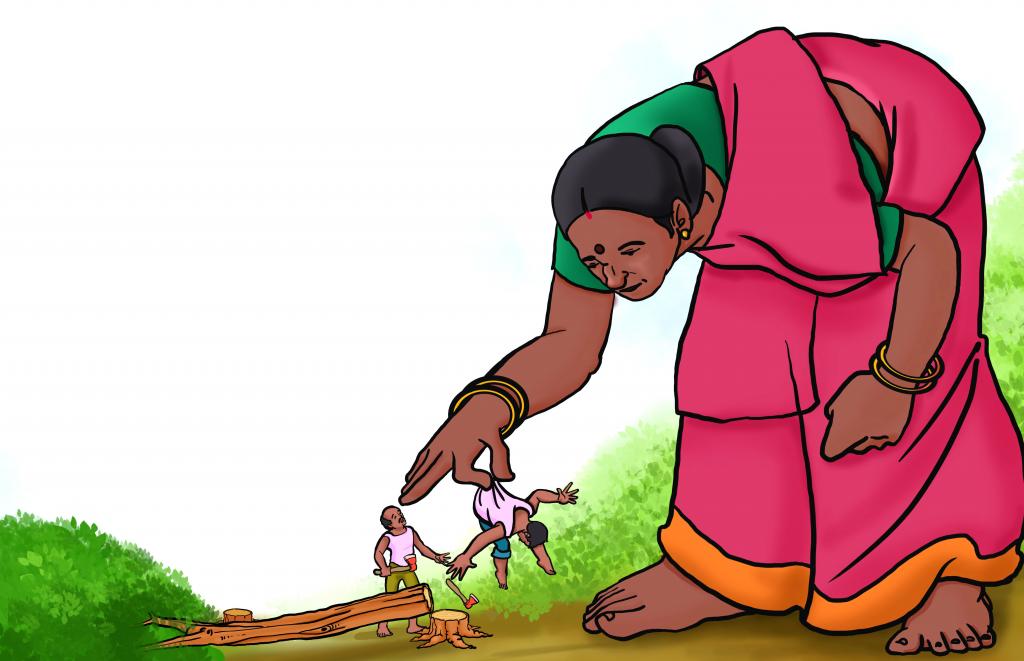 I am sure all of you have seen Tarzan cartoons. What if I told you that we have a real Tarzan in India and that too a lady! Jamuna Tudu of the Santhal tribe of Central India, began her journey towards becoming ‘Lady Tarzan’ in 2000. This was when she got married, barely at the age of 17, and moved from her childhood home in Odisha to her husband’s village in Jharkhand.

One day, when Jamuna went to collect firewood, she was taken aback to see trees being cut down by outsiders. What she was witnessing then was a menace inflicting the state forests—illegal logging by timber mafias which had reduced the state’s forest cover by nearly 50 per cent! Jamuna knew that such rampant logging would eliminate the forests and ruin her people, who are entirely dependent on it for their survival. So, she resolved to protest against such wanton destruction.

Jamuna led awareness campaigns amongst her villagers to arouse them to defend their livelihood. The people were naturally afraid to fight against the powerful mafias, who had the tacit backing of big landlords, businessmen, and even government officials. But, not one to back down, Jamuna patrolled the jungles thrice a day along with half a dozen motivated women; armed with such choice weaponry as wooden sticks, bows and arrows, water bottles, and dogs.

The women combed the forests for several hours every day, keeping an ear for the slightest thud—produced when an axe hits the wood. This artificial sound echoes distinctly in the natural surroundings, listening to which, the women would track and shoo away the culprit logger. As they became successful in their cause, the mafias became annoyed and threatened them. They even tried to burn the forest during nights; therefore, the women undertook night vigilance in response.

As these tribal women continued fearlessly, many people joined them. When their group count hit sixty, they formed the ‘Mahila Van Rakshan Samiti’. Soon, Jamuna formed a strong battalion of about 300 women and 100 men. In 2019, the movement had about 6,000 members. The mafias had no way to retaliate against this large army of the people and have mostly cowed down by now.

There onwards, Jamuna launched some other social initiatives to preserve the forests. Her Adivasi folks plant 18 trees at the birth of a girl child. They gift 10 saplings each to the bride and the groom during a wedding. On Rakshabandhan, the women tie large rakhis on tree trunks, sealing their personal relationship with the forest. Thus, not only did Jamuna succeed in conserving the forests for her people, but also did so for the many animals and plants dependent on them.

For her great work, Jamuna was awarded the Godfrey Phillips Bravery Award in 2013, the Sthree Shakti Award in 2014, the Women Transforming India Award in 2017, and the Padma Shri in 2019!