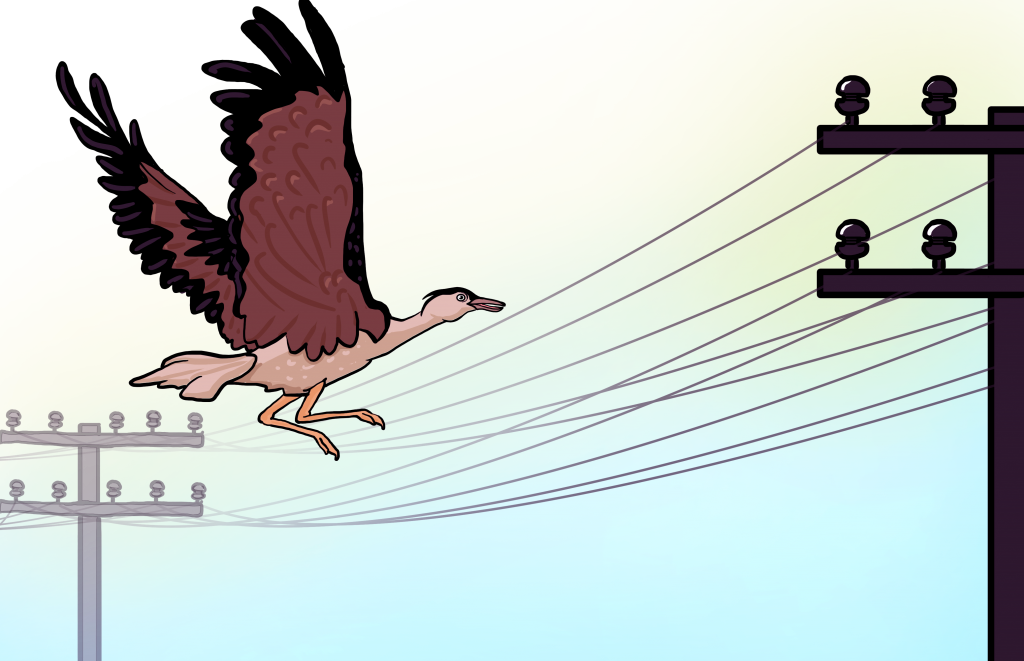 Active conservation efforts of the state government and the Bishnoi tribe together are yielding positive results in rescuing the famous Great Indian Bustards.

Where does electricity come from? Most of us have not seen the power stations where it is generated but we have all seen the wires that deliver electricity to our homes. Yes, those wires, hanging overhead on the streets, which seem to have been built for pigeons and crows to perch upon. While smaller birds are safely able to sit on the wires, many larger birds get electrocuted and even die.

Hey folks! Wonder how birds are able to sit safely on electricity wires? Ask your family members or explore the net. Don't forget to share this article, if you like it!

Sadly, electrical wires are one of the biggest causes of death of the Great Indian Bustard (GIB) or Ardeotis nigriceps, the beautiful bird which was in the running to become our national bird before the peacock beat it to the crown. Bird collisions with transmission lines have been recorded for many species globally but the GIBs are particularly vulnerable to such accidents for many reasons, including poor forward vision and a high body mass. Being low-flying birds, GIBs often cannot see high-tension power lines in their path before it is too late, and because of their weight, they are unable to manoeuvre quickly enough to avoid collision. A significant population of GIBs (about 15 per cent according to the Wildlife Institute of India) dies each year from such accidents. Once more than a thousand individuals few decades back, the GIB population shrunk to 745 in 1978, 600 in 2001, 300 in 2008, and about 125 in 2013. Today, their population has reached to only 150 individuals with about 122 in Rajasthan alone. 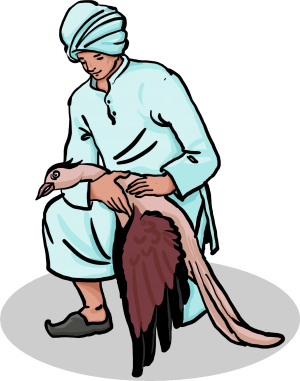 Alarmed by such a dramatic fall in the population of the critically endangered GIBs, locally called Godawan in Rajasthan, and facing the prospect of extinction, the Rajasthan government started an ambitious conservation program called Project Great Indian Bustard on World Environment Day in 2013. On the one hand, efforts are being made to make the transmission lines less threatening by installing ‘bird diverters’. Diverters are essentially highly reflective or light emitting objects that increase the visibility of power lines, especially at night. On the other hand, the project aims to nip the problem in the bud by improving existing GIB habitat so that GIBs don’t have to migrate in search for a new home and thus don’t come in contact with the wires.

Even though the project is limited to the Desert National Park Sanctuary in Jaisalmer, a similar idea was taken up by Radheshyam Bishnoi of Dholiya village in the Pokhran region of Rajasthan, which is home to around 30 GIBs. From his teens, Radheshyam has been monitoring the GIBs in this landscape and helping them survive by both preventing poaching and preserving their habitats. He is 24 now and the coordinator of a network of village volunteers who aim to develop a GIB-friendly community. Radheshyam’s efforts were recognised when he recently received Sanctuary Nature Foundation’s ‘Mud on Boots’ support and was appointed as a project leader for 2021–22.

Just like we all learn our values from our families, one can say that Radheshyam learned his values from the community he was born into. For the Bishnois of Rajasthan, conservation of nature is their very religion. For hundreds of years, they have been taking care of all the living beings in their environment as their family. In fact, today, young people like Radheshyam take advantage of modern education and modern technology, like cameras and social media, to carry on the good work.