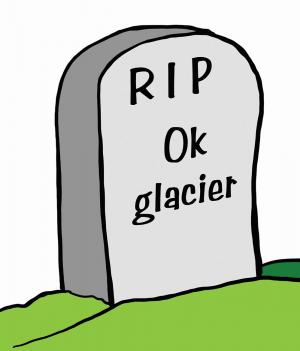 In August 2019, a funeral was held for the last patch of ice atop the Ok volcano in western Iceland. The ice patch belonged to Okjökull or the 'Ok glacier' (jökull stands for glacier) that lost its 'glacier' status in 2014. The ceremony was organised to spread awareness about climate change with Okjökull being the first victim among over 400 glaciers in the country. The group of mourners also carried a metal plate with the words 'A letter to the future' inscribed on it to mark the loss of the 700-year-old glacier. In that letter, they expressed concern over the country’s glaciers, all of which run the risk of a complete meltdown by 2200. The words '415 CO2 PPM' (Parts Per Million) are inscribed at the end to remind us of the commitment we made to cut down carbon dioxide emissions across countries.