A Good Move by Climate

Suppose we travel in a time capsule and go some 30 crore years back. What we would get is a planet beyond recognition. Instead of today’s different continents, we would find one supercontinent called Pangaea.

Now, if we move forward in time from the time of Pangaea, sometime around 20 crore years ago, the supercontinent Pangaea began to break up into different tectonic plates and started travelling in different directions due to activities deep down the surface of Earth. It was called the Continental Drift or the tectonic plate movement.

German geographer Alfred Wegener was the first person to propose this theory which helped us to understand how the landscape of our planet kept changing over time and how it affected other aspects, such as climate.

For example, one of the tectonic plates—the Indo-Australian plate—started a northward drift towards the Eurasian plate which was separated by the Tethys Ocean. As India approached Eurasia, around four crore years ago, the Tethys Ocean began to shrink and gradually disappeared completely. The sediments rising from its seabed formed a mountain range—The Himalayas.

The formation of the Himalayas not only changed the geography but also the climate of the region forever. The clouds made up of moisture-laden air could hit the high peaks of the Himalayas which started a new phenomenon in this region—the rains. We call it the Southwest monsoon or the Indian monsoon.

One may wonder how the climate of the region was before the origin of the Himalayas? It is safe to assume that it was very dry in the absence of rainfall.

The formation of the Himalayas had widespread consequences and one of them that affected us, the human beings, was the formation of different river systems which eventually led to the formation of favourable climatic conditions for agriculture and human civilisation. If not for the creation of the Himalayas, we would have been devoid of our monsoons that control the state of agriculture and provide food to two-third of the world population. There are more harmful things than good that have happened due to climate change, but this was one of the best consequences of climate change. 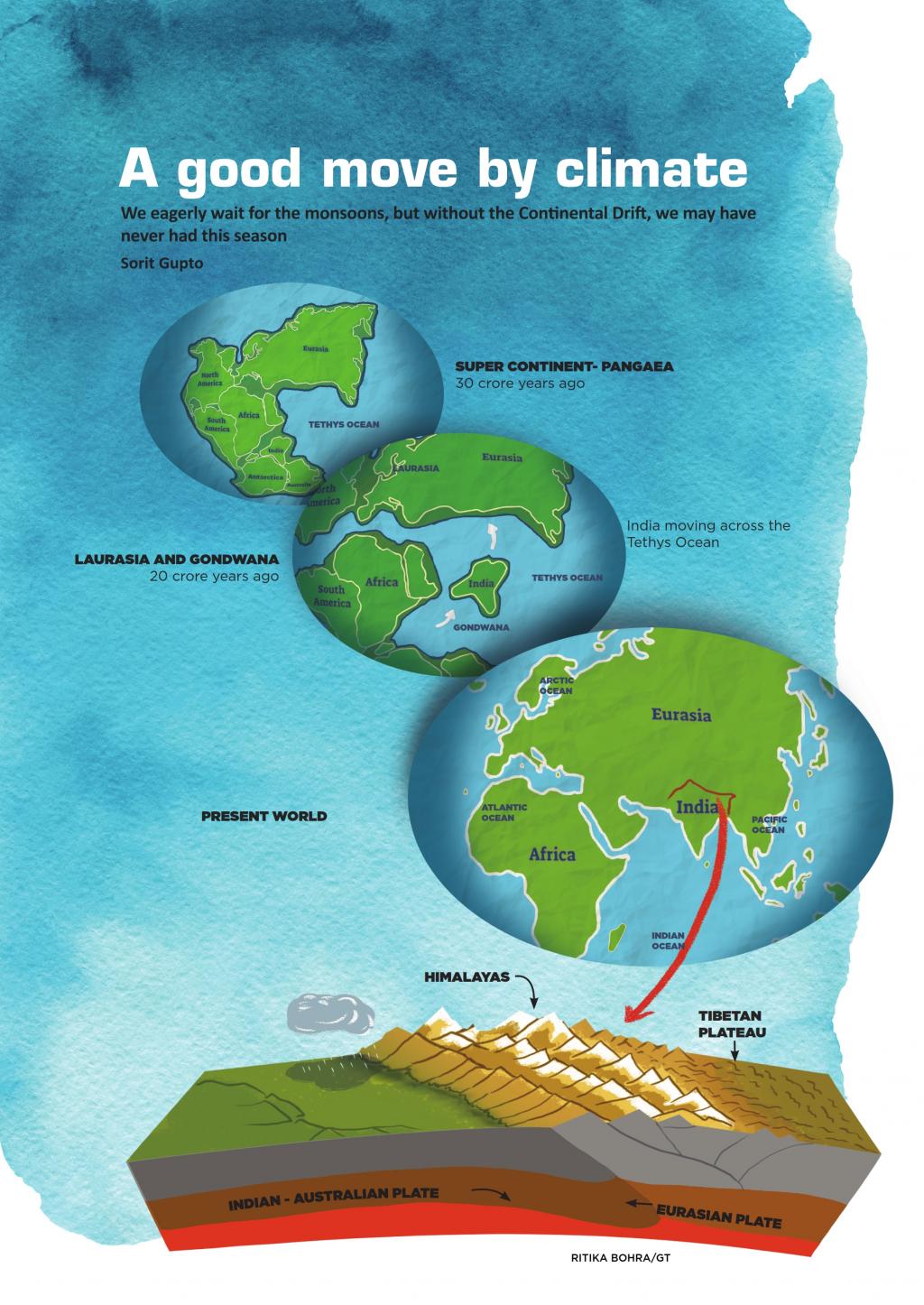