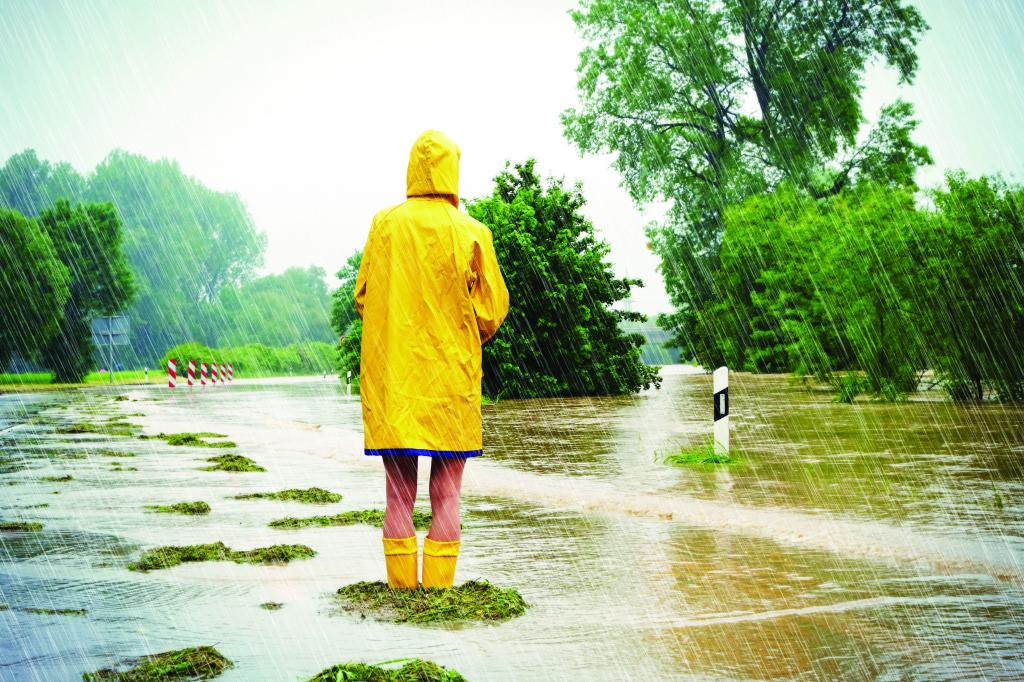 There is scientific evidence that global warming is leading to more moisture loading in the atmosphere, which, in turn, is causing more extreme precipitation events. Raghu Murtugudde, a professor at Maryland University, US, recently said that there is a clear link between extreme rainfall events and global warming.

Now, we already know that water from the rivers and lakes changes into vapour due to the sun’s heat through a process called evaporation. These then rise in the air, being lighter, in the form of water blobs.

Up in the air, as the pressure and temperature drop, the capacity of air to hold moisture weakens. The air begins to expand due to high pressure and hence cools down. The saturation point is reached when the air reaches its frost point, which is when water vapour particles begin to clump together. It is at this point, which is when water vapour condenses into water droplets or ice crystals, that the clouds are formed.

Coming back to land, can we crack the code of rising incidences of floods and heavy rainfall in different parts of our country? According to the Indian Meteorological Department (IMD), a warming trend is now witnessed in all seasons including the winter (January-February). In fact, 2018 was the sixth-warmest year in the past 117 years or since 1901, when recording started.

One of the most important factors for extreme rainfall is the rate at which atmospheric moisture is increasing with global warming. The Clausius-Clapeyron equation, which shows the relationship between temperature and pressure during the transition phase of matter, states the capacity of air to hold moisture increases by 7 per cent for each degree of warming. So, even if the earth warms up by 1.5 degree Celsius, it would lead to 10.5 per cent more moisture content in the air. This inevitably means heavier and bigger clouds and hence, more rainfall.

Also, a new World Bank report states that changes in average temperature and precipitation are likely to lower the living standards of nearly half of India’s population. Approximately 600 million Indians are estimated to be impacted, added the report.

An action plan to mitigate the impact of extreme weather events like floods and heavy rainfall will, thus, have to factor in natural as well human-induced factors impacting rains. Construction of dams and reservoirs, urbanisation and shifts in land use impact the rain cycle as much as soil quality, river flow and other natural factors that determine rain. 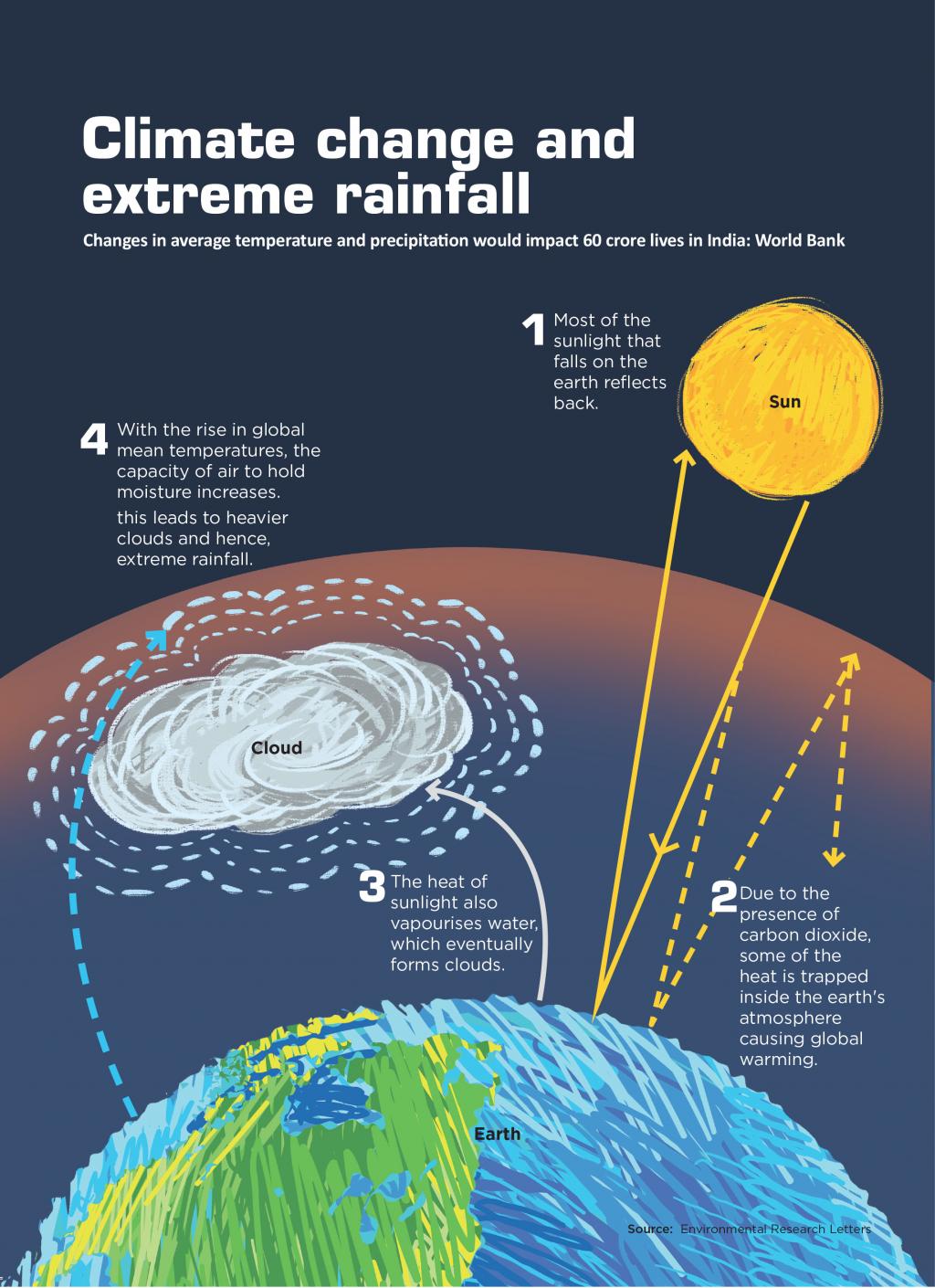