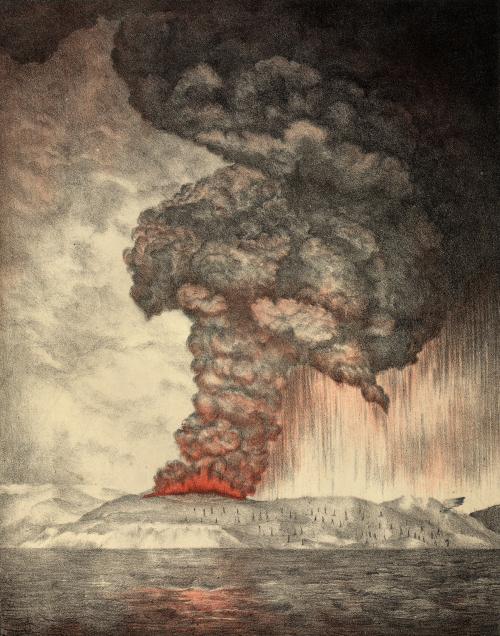 Anak Krakatau, which in the Indonesian language means the “Child of Krakatau”, in the Lampung province is one of the world’s most famous volcanoes. On April 11, 2020, it erupted. The first eruption, which lasted for one minute and 12 seconds, took place at 9:58 pm, according to the Center for Volcanology and Geological Disaster Mitigation’s (PVMBG) magma volcanic activity report. It spewed out ash and smoke that went up to 200 metres. The second eruption, reported at 10:35 pm, lasted for more than half an hour and spewed out a 500-metre high column of ash.

Volcanic eruption is not an unusual phenomenon but this one was a little different. How? Let us find out. Indonesia has the highest number of active volcanoes in the world. Of the 130 active volcanoes found in the island country, Mount Krakatoa or Krakatau is just one. Mount Krakatoa is a stratovolcano or a volcano that erupts violently at regular intervals. It belongs to the Pacific Ring of Fire, the volatile horseshoe-shaped area bordering the Pacific Ocean.

About 140 years ago, this region witnessed one of the worst eruptions recorded in history. On a late Monday morning on August 27, 1883, Krakatoa erupted and it was one of the deadliest and most destructive volcanic events known to the world. The explosions were so violent that they were heard more than 3,000 kilometres away in Perth, Western Australia! At least 36,000 people lost their lives due to the violent eruption, followed by a series of tsunamis. Some of the giant waves resulting from the eruption were up to 40 metres high and managed to reach the southern part of the Arabian Peninsula, some 7,000 km away!

More than 60 per cent of the island and its surrounding archipelago were destroyed. The eruption also had a large impact on the global climate. It injected large amounts of sulfur dioxide (SO2) gas into the stratosphere. And thanks to the high-level winds, this SO2 was transported across the planet. There was a rise in the global concentration of sulfuric acid (H2SO4) in high-level cirrus clouds, as a result of which their reflective capacity or albedo increased. Since the clouds reflected more light, they had a cooling effect on our planet for a few years. On average, the temperature dropped by as much as 1.2°C in the succeeding year. In the years that followed, global climates became extremely erratic an,d it took at least four years to return to a stabilised pattern of climate.

Although the 1883 eruption had destroyed large parts of the island, a new eruption on the seafloor in 1927 lead to the creation of a new island or the Anak Krakatau. Therefore, it is aptly called the “Child of Krakatoa”. Volcanic activity remains heightened around Indonesia. At least three other volcanoes in the country are poised to erupt, according to the Jakarta Post, a leading English language newspaper in Indonesia.