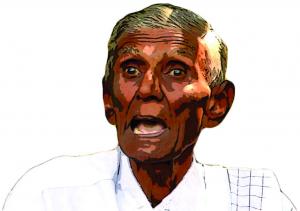 Reddy’s tryst with agriculture began late in life, after he had spent several years as a hotel menial, a lorry cleaner, an office attendant, and a manager.

Taking inspiration from a book titled One Straw Revolution by a Japanese organic pioneer, Masanobu Fukuoka, he switched to organic farming in 1979.

The secret to his success was permaculture, or the art of cultivating several crops together. Over the years, he cultivated paddy, roses, coconuts, mulberry, bananas, and a host of other crops using his methods of permaculture, drip irrigation, and natural manure.

Within three-four years, Reddy’s methods paid off and he started clocking better yield and profits.

The man, who considered Fukoka as his “most valued teacher,” was once heard saying to a group of students—

"You are lucky you have his book... His message is for humanity.”