Once There was a Tribe 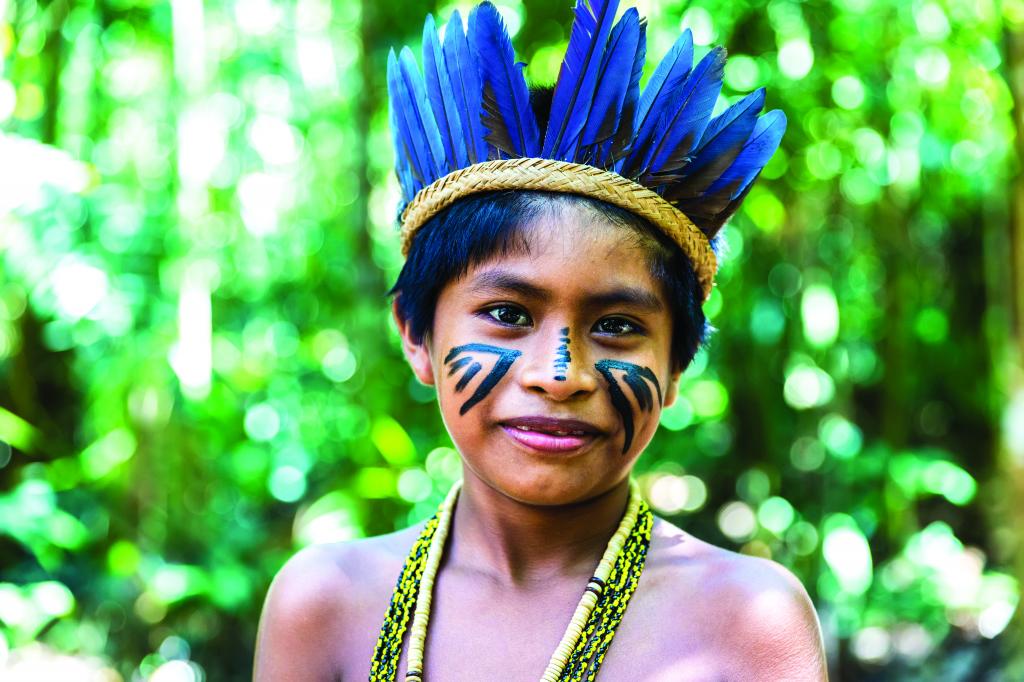 For the past few months, an uneasy calm is prevailing over the lives of Huaoranis—an Ecuadorian tribe living in the deep and dark forests of Amazon. Recently, they spotted some outsiders in the forest. Not only that, the other day they saw a big bird with a deafening sound hovering over their village. This big bird was in fact a helicopter, which for us is as familiar as birds flying in the vast, blue sky. But for the Huaoranis, it only meant one thing. They'll have to leave their current homes and resettle, going deeper into the forests.

Residing between two rivers—Curaray and Napo—along the Peru-Uruguay border for several generations, the Huaoranis are among the many tribes living in the Amazon rainforest. The survival of this tribe is, however, threatened by a massive boom in oil and gas exploration, rampant illegal logging, and the rapid spread of ranching and farming. And this is not the first time that communities have been forced to relocate to the interiors of the forest. In the past few decades, as many as five other communities—the Tagaeri, the Huinatare, the Onamenane, and two groups of the Taromenane—have gradually moved to more isolated areas in the forest. Now, it’s the turn of the Huaoranis.

This is not just the story of a tribe in the Amazon but of every tribe of this planet. The tribes probably don’t even know that the civilized have coined a new word for them—the 'uncontacted'. In the past, words like 'aboriginal', 'uncivilized' and 'ethnic' have been used to describe them.

What is a tribe?

If you ask an anthropologist (Anthro-po-lojist), who is a person who studies human societies, he oe she may define the tribe as 'a notional form of human social organisation based on a set of smaller groups, known as bands'. Typically speaking, tribes are also said to be 'defined by traditions of common descent, language, culture, and ideology'.

Now, since an anthropologist isn't really an every-day face in schools, unlike the omnipresent principal, let’s take the help of something very common and readily available in your school bags—your unused dictionary! The 'T-word' we're interested in has been described as 'a social division in a traditional society consisting of families or communities linked by social, economic, religious, or blood ties, with a common culture and dialect, typically having a recognized leader'. Nonetheless, the credit for creating a popular image of a tribal goes to our films. Mostly, a tribal has been depicted as a violent-looking person who wears strange dresses and headgears. Also, tribal life has been associated with practicing strange rituals and doing some hubba-hubba dance.

History, however, has a very different tale to tell... 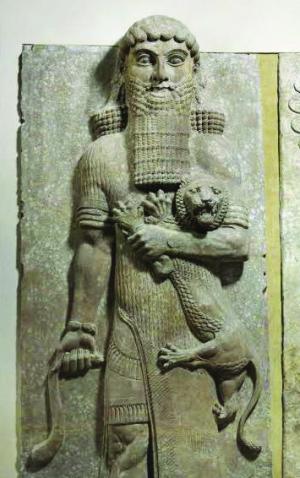 There are just tribes or groups of people criss-crossing continents in search of food and shelter. Some of them have preferred to settle at one place, while the adventure-loving lot continue to trot the globe.

Advent of agriculture with the establishment of the first settled societies in the Mesopotamian region.

Powerful tribes grab off land from the smaller and 'weaker' tribes. In this new world, the meeker tribe has two options—either be a part of a big state or go deeper into the forests.

Gilgamesh declared himself to be the King of the Sumerian state of Uruk. The rest is history... of civilization. From Mesopotamia to Mahabharata, it’s the same old story – the fight between the 'mighty' and the 'meek'.

The Pandavas led by Krishna and Arjuna, with the help of the fire god Agni, burnt down the Khandava forests to build a beautiful place—Mayasabha. This story from the Mahabharata epic essentially depicts the land grab done by the 'mighty Aryans' from the 'weak tribals'.

In his book, People’s History of the United states, the American historian Howard Zinn noted: 'When Columbus and his sailors came ashore, carrying swords, speaking oddly, the local Arawaks ran to greet them, brought them food, water, gifts… They (the Arawaks) do not wear arms, and do not know them… They had no iron. Their spears are made of cane.'

But history was about to take a dark turn. In 1495, Columbus went on a great slave raid and rounded up hundreds of Arawak men, women, and children. The Arawaks fought back but could not match the advanced artillery and weaponry of the Europeans. In the next two years, half of the Indians on Haiti were dead. 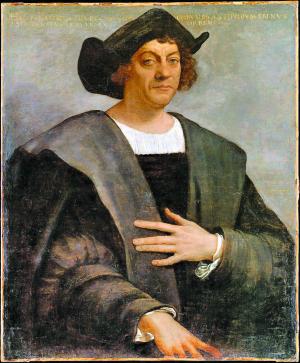 'By 1650, the Arawaks had been wiped out from the island', notes Zinn.

In North America, Zinn observed, the governor of the Massachusetts Bay Colony found a way to take over the Indian land. 'The Indians', he said, 'had not ‘subdued’ the land and therefore had only a ‘natural’ right to it, but not a ‘civil right’. A natural right did not have any legal standing.

For the colonial British rulers of India, tribals were ‘wild’ people who needed to be ‘civilized’. Now, since tribals were essentially viewed as brutal and violent, grabbing land from them was believed to be justified.

Armed with advanced weapons and a zeal to kill, the ‘civilized’ have defeated and devastated the 'weak'. But in the course of this tribal destruction, they also eliminated a vast pool of the survival knowledge of tribals forever.

Going by the standards of modern living, that is, from electricity to supercomputers to Artificial Intelligence (AI)—we, 'the civilized', are far ahead than our tribal counterparts. But, wait.

Just like these advancements, a tribal is also ignorant of many modern-day horrors like, nuclear bombs, climate change, carbon footprints, etc.

However, suppose for a moment that the civilized and uncivilized began learning from each other. In that case, the intorduction of this story would have been completely different! The Huaoranis' story would have read something like this—'For the past few months, a sense of joy prevails over the village of Huaoranis. Recently, they spot a few outsiders. Now, they know that they'll also have schools, hospitals, etc. In past few decades, five communities have benefited from knowledge-sharing with the outsiders. Now, it’s their turn.'

It’s not just an imagination. It’s the only alternative we have, if we want to live a better life on this planet—our only home.

A land of diverse culture, India has much more to offer than we can ever experience in our whole lives. These indigenous tribes of the country have lives no less intriguing than a page of an old book of folklore. Let’s know more about them. 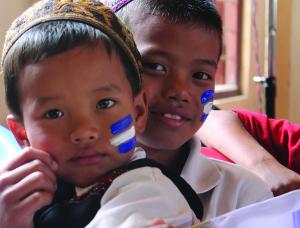 This Manipuri tribe claims that its people are descendants of Israel. An ancient tribe whose existence dates back to 722 BC, the Bnei Menashe had to leave Israel after it was conquered by the Neo-Assyrian Empire.

Back in the 19th century, the tribe was baptized to Christianity. However, during the late 20th century, an Israeli rabbi acknowledged that the Bnei Menashe were indeed descendants of one of the exiled tribes of Israel. 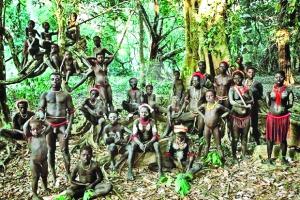 The most elusive tribe in the world, this indegenous group is very particular about its privacy. Living in the Andaman Islands, the Sentinelese are of Negrito orgin and are extremely hostile to any outsider who tries to break into their sanctity.

Attempts to establish any contact with them have been greeted with showers of arrows and javelins, leading to several injuries and deaths. 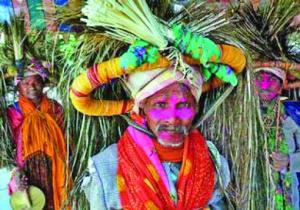 This tribe, found mostly in Andhra Pradesh, is one of the most progressive communities in India. Unlike the so-called modern societies, Chenchus allow both men and women to marry by their own choice. Divorce, which is mostly looked down upon in the country, is allowed among them. 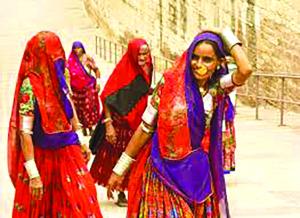 This tribe of Rajasthan has had a long history of environmental activism in India. The 'Bishnoi', a word which translates to the number 29, is a belief based upon 29 tenets, one of which prohibits harming any living being or cutting down trees. In the year 1730, a group of 363 Bishnoi men and women sacrificed their lives to save trees. 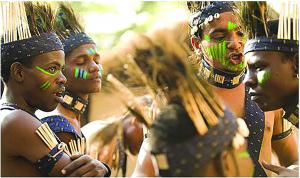 This tribe can be found in India as well as in Pakistan. In India, they are primarily found in the western state of Gujarat. The Siddis have blended so well with the Indian culture that it's hard to guess that they originated in south-east Africa. They came to India as slaves in 700 AD along with Portuguese and Arab merchants.