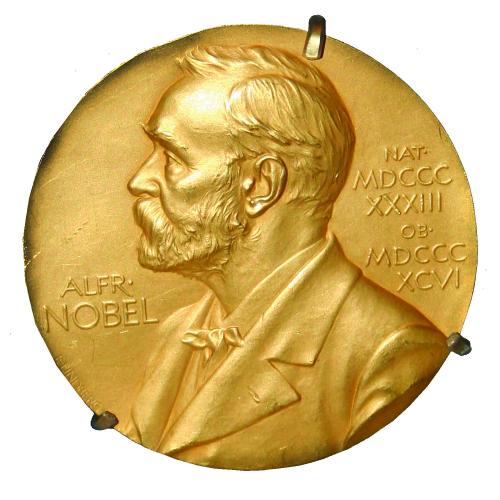 Famous French author Victor Hugo at one time described this gentleman with 355 patents as "Europe's richest vagabond" as he never married and was constantly on the move. When this Swedish businessman and inventor, Alfred Nobel, died in 1895, he left behind one of the world’s largest private fortunes.

Born in Stockholm, Sweden, on October 21, 1833, Alfred Nobel's life was full of ups and downs. The Nobel family was primarily associated with the war industry. His father, Immanuel Nobel, was also a prominent arms manufacturer. While in Paris, Alfred Nobel met Ascanio Sobrero, an Italian chemist who had invented nitroglycerine, an explosive far superior to gunpowder.

Alfred Nobel soon developed a keen interest in nitroglycerine. He was essentially playing with fire. Several explosions, including one in 1864, in which his brother Emil and several others were killed, forced the city authorities to ban experimentation with nitroglycerine in Stockholm. To bypass the ban, he moved to a boat on Lake Mälaren.

In 1867, purely by chance, Alfred observed that the porous sedimentary rock known as diatomaceous earth has the property of absorbing nitroglycerin. On testing the mixture, he found it to be an effective explosive but far more stable than pure nitroglycerin. He patented this material under the name of dynamite, derived from Greek dynamis, meaning “power”. The market for dynamite grew very rapidly and made Alfred Nobel one of the richest persons of his time. But his success came with a price.

In 1888, his brother Ludvig died. Through a journalistic error, Alfred's and not Ludvig’s obituary was printed and he was scorned for being the man who made millions through the deaths of others. One French newspaper wrote, "Le marchand de la mort est mort", or "The merchant of death is dead". The obituary went on to describe Alfred as a man "who became rich by finding ways to kill more people faster than ever before".

Alfred Nobel was stunned by what he read. In 1896, one year before he died, Alfred signed his will, which set aside majority of his estate to establish the Nobel Prize, including one for peace.

Today, each Nobel Prize recipient receives a gold medal, a diploma and a sum of money. As of 2017, each prize is worth Rs 72.7 crores. The Nobel Prize winners of 2017 are:

Physics: Jointly awarded to Rainer Weiss, Barry C Barish and Kip S Thorne for decisive contributions to the ligo detector and the observation of gravitational waves.

Chemistry: Awarded to Jacques Dubochet, Joachim Frank and Richard Henderson for the development of cryo-electron microscopy, which both simplifies and improves the imaging of biomolecules.

Medicine: Jointly awarded to Jeffrey C. Hall, Michael Rosbash and Michael W Young for their discoveries of molecular mechanisms controlling the circadian rhythm or the biological clocks in living organisms.

Literature: Kazuo Ishiguro, a British-Japanese novelist, known for his books such as The Buried Giant (2015) and Never Let Me Go (2005).

Peace Prize: International Campaign to Abolish Nuclear Weapons (ican) for its work to draw attention to the catastrophic humanitarian consequences of any use of nuclear weapons.

Economics: US economist Richard Thaler for his contributions in the field of behavioural economics. This prize was established in 1968 by a donation from the Swedish National Bank, but is referred alongside the other Nobel Prizes by the Nobel committee.