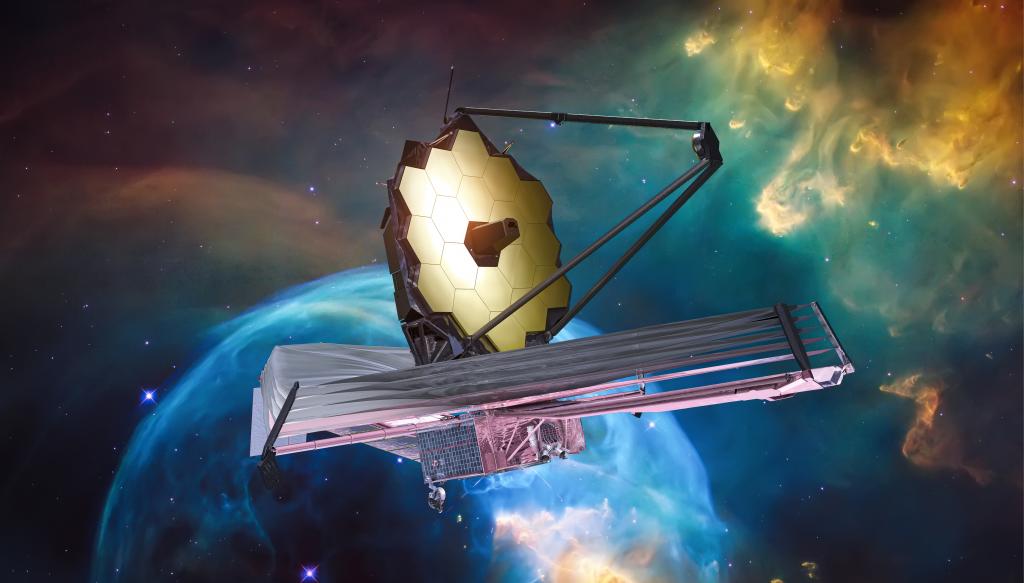 We’ve all seen many science fiction movies about a time machine that allows us to rewind into the past and even fast-forward into the future. But we’ve all wondered if this would ever become a reality. Nonetheless, what if someone tells you that it is indeed possible! Would you believe it? If it helps the predicament, then one such claimant is NASA—the National Aeronautical Space Agency of the USA...

Along with the European Space Agency and the Canadian Space Agency, the NASA has been working on a mega telescope for over 10 years. They have spent about 10 billion dollars on this project, which is the world’s largest space observatory. It will allow our scientists to view at least 70 exoplanets in the distant solar systems and gather data on their composition and ability to sustain life. Its final destination will be 1.5 million km from the Earth. The James Webb Space Telescope (JWST), as it is known, is a major breakthrough in science and can bring us closer to turning our dream into reality.

Let us see how this magical telescope really works. The JWST captures infrared light which enables us to see a large part of the universe. This light is not seeable by normal telescopes. So, the JWST captures it by using 18 large hexagon-shaped mirrors made of pure gold, which reflect the most amount of infrared. However, developing images from these infrared rays takes a lot of time. So, the scientists don’t just sit around waiting for a single image to take shape. To fix this delay, they put on some epic advanced technology that allows the telescope to focus on multiple objects at the same time.

Further, the JWST happens to be a machine that ends up generating some infrared of its own, when it becomes very hot. These rays can mess up with the images the telescope is meant to produce. Thus, its engineers maintained its temperatures to below 50 Kelvins or –223 degrees Celsius so that there is less radiation of infrared. Now, handling this issue is quite easy in space since it's really cold out there. But the real problem happens when the telescope approaches a hot object like the Sun. To protect it from such hot-heads, there is a highly advanced 5-layer sunshield protection fitted onto it with each layer thinner than the strand of our hair! This is how this telescope produces high-resolution images of incredible things in space which the astronomers further research upon.

Now the question is: how does this telescope travel time? The fact is, we people can see anything only when the light from that thing reaches us. If we are seeing an object that is very far away from our Earth, then it means that the light coming from it has taken a lot of time to reach us. Therefore, if we find that a certain spatial object is 500 million years old, then it essentially means that the light of this object reaching us is actually 500 million years old. Therefore, theoretically, if we go to a place that is only 100 million light years away from that object, then we’ll be able to see that object as it was 100 million years ago. Hence, the farther we are from a planet, the older we can see its past. As we travel from far to near a planet, we can see its entire past over that span of distance.

So, if we reach a place that is 100 million light years away from Earth and put a powerful telescope then we’ll be able to see our Earth as it was a 100 million years ago. Therefore, we’ll be actually able to see our past. Similarly, if we go to a place in the universe that is located at 3.8 billion light years from us, then we can get footages from a time right after the Big Bang, which occurred 3.8 billion years ago. Such a possibility of time-travelling can unveil unthinkable mysteries locked in the outer space. It can disclose the secrets of the universe in a way we, humans, could have never imagined. Mind-blowing, isn’t it?