When Did the World Start Receiving Weather Updates? 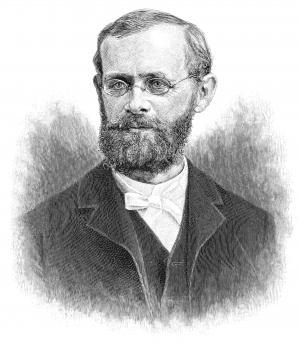 Today, we just need to tap on our phones and get daily/weekly forecasts of weather. Several public and private companies have built this network of weather forecasting units, which make our lives easy by providing information about rains, storms, and wind patterns.

However, the first official weather forecast was issued on 19 February 1871 by the American astronomer-cum-meteorologist Cleveland Abbe. He had recently joined the US Weather Bureau in Washington as its chief meteorologist. Born in New York on 03 December 1838, Abbe is credited with establishing the scientific standards for the weather forecasting service. He spoke and worked in favour of extending the benefits of storm and flood warnings to people as well as industries.

Initially, a branch of the Signal Service of the US military, the US Weather Bureau, was renamed as the National Weather Service in October 1970. Then, it became a part of the National Oceanic and Atmospheric Administration (NOAA), a unified body committed to the development of environment, science, and technology. Abbe died on 28 October 1916 in Chevy Chase, Maryland after dedicating nearly 25 years of his life to the organisation.