The Plastic Man of India 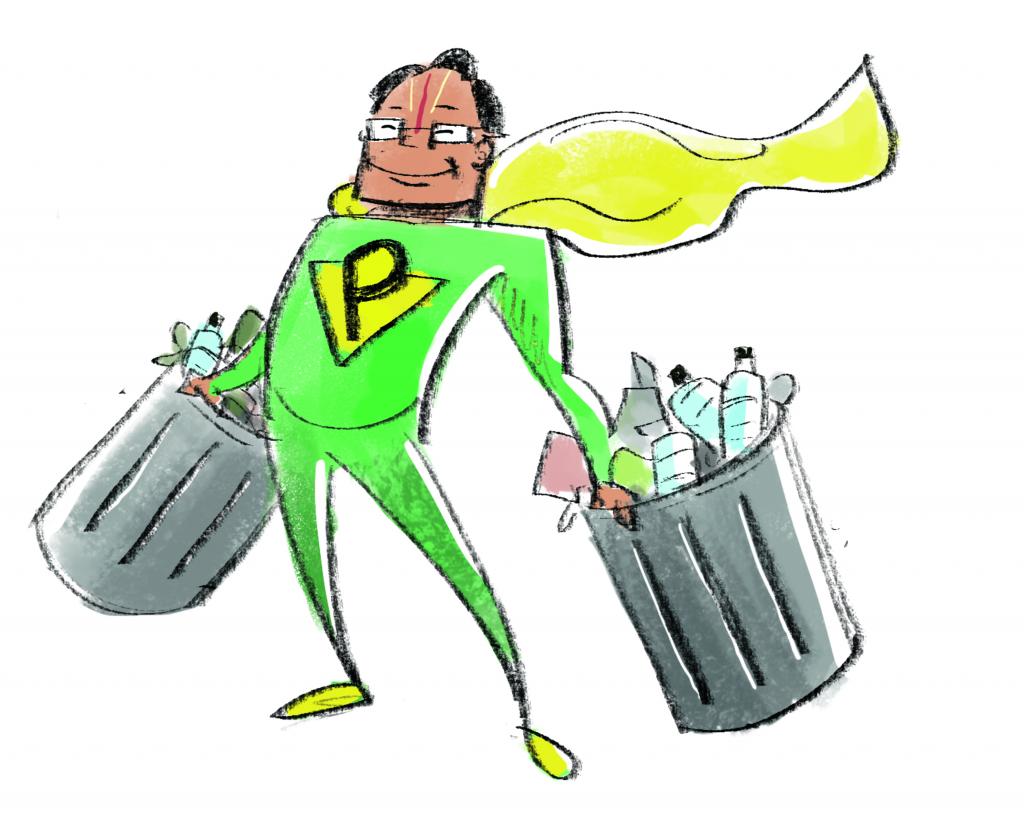 One day, a professor of Chemistry was watching TV. He saw a doctor blaming plastic for water pollution. This set him wondering—how can plastic cause pollution when it is chemically a hydrocarbon and insoluble in water! The doctor was of course mistaken but his concern was genuine: plastic is an environmental nuisance. Polybags have infested our marketplaces, are swallowed by cattle, clog drains, choke ponds… Where you go, you name it and you will find it! Hence, the professor determined to find a solution to this menace.

When he observed the people around a garbage dump, he realized that plastic was not the actual villain. Rather, “plastic is a poor man’s friend,” he says. They are so much dependent on it that any costly alternative to it will severely affect their lives. Even for the urbanites, from our pens to toys, our whole life is unthinkable without plastic and rightly so. Plastic is long-lasting, unbreakable, light-weight, easy to produce, odourless, safe to touch, and cheap. Hence, he believed that banning plastic won’t help. We have to find better ways to dispose it.

Hence, he invented a new method of reusing plastic. If heated at a high temperature, plastic can release very toxic gases. But if heated at low temperatures and only allowed to melt, it can serve as an excellent binding material. Thus, he shredded some commonly available plastic packets into tiny particles and heated some stones which are used for road construction. He added these shreds to stones which coated them quickly. Next, he added these stones to asphalt, a thick black mixture of hydrocarbons. The scientist then observed that because both plastic and asphalt were hydrocarbons, they formed a very strong bond. Hence, plastic sealed the stones with asphalt, leaving very few gaps in between them.

Any road that is constructed using such process would prove more water-resistant during rains, will render less potholes, will allow heavy-weight and fast traffic, and will not melt easily in summers. Such an all-weather road will also have low-maintenance and, most importantly will rid us of our plastic mounds. When our late President Dr Kalam visited the professor, he advised him, “Don't worry if people don't approve or get convinced. You just do your work at your place.”

That is how India’s first plastic road was constructed in the Thiagarajar College of Engineering, Madurai. Many countries contacted the professor regarding his technology but he first offered it to our own country, that too, for free. Currently, about 11 state governments funneled their plastic waste into roads, extending for over a lakh kms nationwide. The road ministry has also made plastic reuse mandatory for highways now.

For all his good work, he was offered many awards, including the Padma Shri in 2018. This professor, you might be wondering by now, is Dr Rajagopalan Vasudevan.