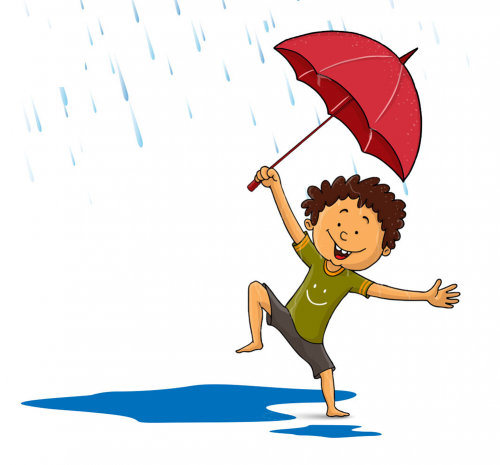 Summers are exciting because there are no classes to attend early morning, daily homework gets replaced by outdoor games with friends and cousins. And then after a scorching summer, nothing can beat the joy of experiencing the first shower. It obviously brings a much-needed respite to everyone, but for farmers, governments, and markets, the monsoons can make a very important difference between loss and gain.

So how is it that the monsoon infuses and sustains life in the subcontinent, and how well do we know it? In Kalidasa’s famous lyric poem Meghdutam, perhaps the earliest known literary hymn to the monsoon, the main protagonist, a yaksha, gives detailed directions to a cloud about the monsoon’s trail. Even now believers chant Vedic hymns to rouse rain gods from their inertia.

If only. These are just stories that make the past appear grander than it actually was. For, between the 11th and 20th centuries, a delinquent monsoon triggered 26 famines in which close to 10 crore people perished, even though many scholars now believe that it had more to do with administrative apathy and incompetence.

Anyway, it wasn’t until the Great Famine of 1876-78, which claimed an estimated 55 lakh lives, and subsequent loss of revenue, that the erstwhile British government decided to set up the India Meteorological Department (IMD), the first scientific attempt to decipher the monsoon’s secrets so that its moods could be foretold. Despite the mediocre success of its annual seasonal forecasts, today we do understand the monsoon’s mysterious ways, at least when it comes to making forecasts 1-3 days in advance. But long-range forecast still remains a frustrating puzzle, primarily because the origins of this extremely intricate phenomenon remain stubbornly clouded in suspense.

Edmond Halley, the English astronomer of Halley’s comet fame, was the first to suggest in 1686 that monsoon happens when moisture-laden winds from the ocean sweep across the Indian subcontinent as a result of the uneven heating between land and ocean masses. While Halley’s theory remains etched in the popular imagination, it has been superseded by much more sophisticated explanations. Studies explain that monsoon is not a giant land-sea breeze as suggested by Hailey and others, but a global phenomena which involves polar ice caps, ocean currents and various other climatic factors.

The monsoon of the Indian subcontinent is also shaped by the heating of the Tibetan plateau, the shape of continents and mountains, Eurasian snow cover, temperature difference between eastern and western flanks of the Indian ocean, and, arguably the most important, El Niño (“little boy” in Spanish as this event occurs around Christmas), a weather event triggered by a greater heating of the eastern Pacific near Ecuador than its western counterpart. A strong El Niño, more often than not, implies a weak monsoon. In the last 100 years, 19 out of 43 deficient monsoon years were linked to a strong El Niño, while six went against the dominant pattern. This is one of the many irregularities characteristic of the monsoon that makes long-range forecasting extremely difficult.

Till recently, long-range forecasts were based on a history of relationships between the monsoon and a host of other events such as El Niño. Following the spectacular failure of this model to predict droughts in recent times, weather scientists are now toying with models based on a theory of atmospheric physics. This involves putting large amounts of weather data into complex equations, and then crunching them. While the old approach demanded a gambler’s resourcefulness, the new one would require the stubbornness of a thousand-piece jigsaw-solver.

So will patience and big data succeed where instinct and history failed? Given the monsoon’s legendary slipperiness, one is tempted to distort a famous Amitabh Bachchan line: Mon(soon) ko pakadna mushkil hi nahin, namumkin hai!

The author is a Delhi-based science journalist.