A Catwalk from Africa to India 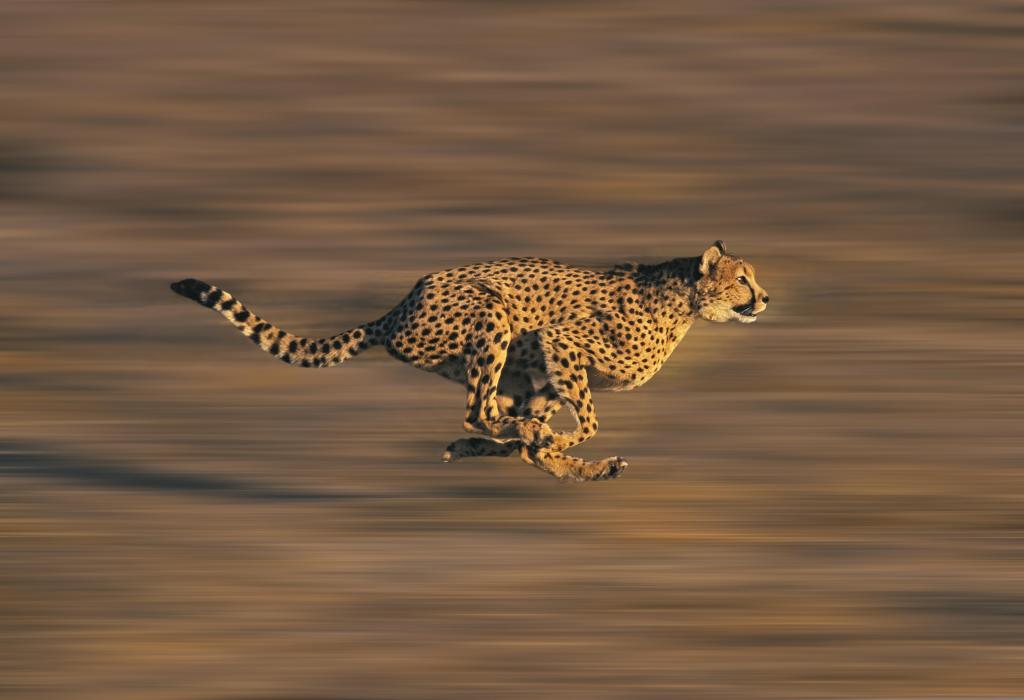 Hunting animals used to be central to the survival of most human communities over most of human history, whether it be for food or medicines or to use their fur and skin as clothes and rugs. Communities had developed ways to hunt animals without overexploiting them, such that the animals and humans could survive together. While we try to inculcate the values of sustainability in people today through classes and lectures, such values used to be a matter of common sense. If you kill all the animals this year, what are you going to hunt next year?

As humans became more ruthless towards each other and started killing and subjugating each other in ever greater numbers, they also became more ruthless towards animals. With the rise of selfishness as the guiding principle of our societies, we lost sight of the fact that the world is not for us to use but to live in. Thus started the era of overexploitation of everything—forests, rivers, metals, even each other—which has slowly made the earth uninhabitable for us.

It was in this context that hunting transformed from being a sustainable practice aimed at survival of the community in tandem with nature, to a sport where males could showcase their virility and power by subjugating the most ferocious forces of nature. Maharajahs and other wealthy people who developed royal pretensions gave their masculine desires free rein as they organized expeditions to hunt ‘big game’. This is how Maharaja Ramanuj Pratap Singh Deo of Koriya princely state came to hunt the last three recorded Asiatic cheetahs in India in 1947. The cheetah which had been living on the subcontinent for quite some time—a Neolithic cave painting of a ‘slender spotted feline being hunted’ has been found at Chaturbunj Nala in Mandasur, Madhya Pradesh—was declared extinct in this part of the world in 1952. And this isn’t even just an Indian story, for since the 1940s, the cheetah has gone extinct in 14 other countries—Jordan, Iraq, Israel, Morocco, Syria, Oman, Tunisia, Saudi Arabia, Djibouti, Ghana, Nigeria, Kazakhstan, Pakistan and Afghanistan.

It wasn’t just hunting that killed the cheetah. Their homes and habitats were destroyed in any number of ways, from deforestation and occupation of their traditional habitats for agriculture to the over-killing of prey species on which they depended upon for food. All this was part and parcel of humans treating nature as their plaything, as something they were superior to. But, of course, we now know that this is not true at all. With an increase in natural disasters and climate change associated catastrophes due to anthropogenic activities, we are only now realizing the true power of nature. 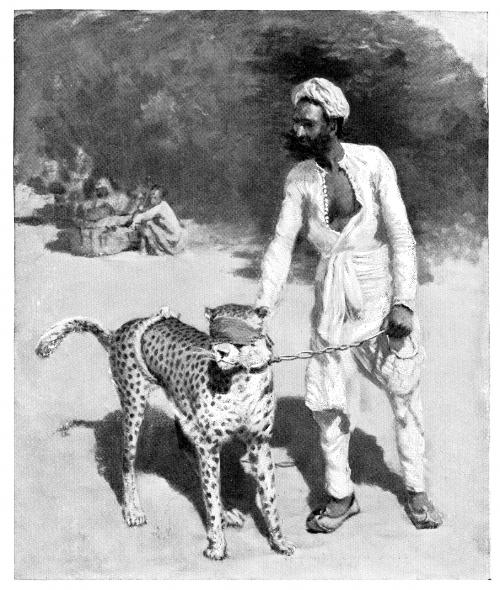 With this realization has come a change in our values and in public opinion. Hunting is no longer ‘cool’ and neither is exploiting nature. Now, the in-thing is conservation. India’s first attempts to bring cheetahs back were made in 1970s but they failed to materialize due to a variety of political emergencies. The next attempts began in 2009 but it was only in 2020 that the Supreme Court of India finally gave the green signal for such efforts. While the Persian cheetah from Iran was preferred in the 1970s as it was of the same Asiatic subspecies that had gone extinct in India, that was no longer possible in the 21st century as the population of cheetahs in Iran had dwindled to under 50. Therefore, this time, India decided to bring the African subspecies of cheetah from Namibia and South Africa.

On September 17, the first batch of 8 cheetahs—5 male and 3 female—took off from Windhoek, Namibia, on a specially designed plane which can host cages in the main cabin, to become the founders of a new population in Kuno Palpur National Park in Madhya Pradesh. While they remain unaware of their historic responsibility to make their species extant in India again, the humans of India are quite excited about this first ever transcontinental mission to introduce African cheetahs in the wild—we are excited about all firsts, aren’t we?

Well, it seems not everyone is excited. The locals near the national park are afraid that these cheetahs will lead to a boom in the tourism industry which will mean the entry of the hospitality business run by rich outsiders who will kill the independent businesses of the locals and hire them for menial jobs in their glittering hotels and resorts.  (Photo caption: An animal handler and cheetah on the street in Jaipur, India during the late 19th century.)

There is also another group of people which is facing the brunt of the cheetahs. Situated on the edge of Sheopur district’s Vijaypur block, Bagcha village is dominated by Sahariya Adivasis falling under the Particularly Vulnerable Tribal Group (PVTG). Their main source of income is sale of forest produce such as resin from ‘chir’ trees along with ‘tendu’ leaves. These people are naturally worried about their futures as they are being displaced by the government to make room for the cheetahs who are solitary animals requiring lots of space.

While they have been promised rehabilitation packages, we know how bad the government is at staying true to its promises. Then there is the matter of bureaucracy and its inhuman errors that have caused so much suffering that one wonders whether it wouldn’t be better to have a world where we never had to deal with paperwork, red tape and pen pushers called ‘lakir ke fakir’ in Hindi. So, of course, the bureaucrats have made their extremely irritating and frustrating presence felt here as well. Names of 70 residents have been totally omitted from the list of people eligible for rehabilitation.

The most absurd story is that of an Adivasi named Gutti, whose family has been living in Bagcha for three generations. He has been fighting with the district administration to prove that his 19-year-old son, Rambabu, is alive. Rambabu’s name was dropped from the list of beneficiaries after being marked as 'dead'. Gutti told the Indian Express journalist who went to talk to him that he even got a doctor's note that said 'Rambabu is alive and healthy', but the bureaucracats decided not to pay heed to him and his note. Instead, he was told that the district administration will send a doctor to ascertain the presence of life in his son Rambabu and only then will his plea to not have his son be seen as dead by the state machinery be accepted.

Also a little tensed are the people managing the reintroduction of cheetahs for it is a novel project they are undertaking and in many senses an experiment that will decide the fate of future such projects. Competing predators may pose a challenge to the survival of cheetahs in Kuno, say experts. Indian wildlife biologist and conservation scientist Ravi Chellam told a Mongabay journalist that he expects ‘cheetahs to face challenges with other carnivores, especially leopards, wolves, sloth bears and the occasional tiger. The presence of dogs in the larger landscape also poses risks.’

While the forest department has tried to ensure there are enough chitals to hunt in the enclosures in which cheetahs are going to be kept, there is apprehension about the cheetah’s ability to hunt the chitals as the latter are not found in Africa. African cheetahs are used to hunting different prey such as gazelles (especially Thomson’s gazelles), impalas and other small to medium-sized antelopes, hares, birds and rodents. Chellam also told the above mentioned journalist that he expects 'it to be especially challenging for the cheetahs to hunt chital deer, which is a prey type (deer) that they are not used to in Africa. With any long-distance movement of animals (in this case, trans-continental), the cheetahs will find it challenging just to settle down, get used to the new location and their unfenced existence.’

Chellam also feels that the 'biggest challenge' is the size of the habitat. ‘Cheetahs exist in very low densities of about 1/100 sq. km. For a viable population to establish itself, it will require at least 5,000 sq. km of prey-rich habitat, which currently India does not have,’ he said.

Concerns have also been raised over the suitability of the African subspecies to Indian habitats, originally home to the Asiatic subspecies. But experts are more optimistic about this problem. Scientists at CSIR-Centre for Cellular and Molecular Biology published a research paper on the genetics of the extinct Indian cheetah. ‘It is probable that the level of genetic differentiation between African cheetah subspecies and the Asiatic cheetah is not sufficiently great as to genetically impact the ability of African cheetah to survive in India,’ the authors write in the paper.

However it actually turns out, we can only hope that the cheetahs survive happily in their new habitat while the people being displaced from the old habitats are recompensated for their sacrifice adequately.

1) On which continent is Namibia located? If Namibia was located in South America instead of Africa, would PM Modi have got cheetahs from South America?

2) Who killed the last cheetah in India? Now that cheetahs are back, will the great Maharajah's ghost come back to kill them again? Give the most scientific answer you can.

3) Can a person be alive and dead at the same time? Find Schrodinger or Kafka and ask one of them personally.

4) Should India give some of its Maharajahs to Namibia so they can repopulate their country with Maharajahs?

To learn more about this cheetah translocation, watch this video: https://www.downtoearth.org.in/video/wildlife-biodiversity/cheetahs-in-india-why-is-it-a-new-experiment--84972#:~:text=On%20September%2017%2C%202022%2C%20cheetahs,cats%20from%20Namibia%20are%20released.

1) Anon 2022. Action Plan for Introduction of Cheetah in India, Ministry of Environment, Forest and Climate Change. Accessed at https://pib.gov.in/PressReleaseIframePage.aspx?PRID=1788373 on 21 September 2022

4) Manish Chandra Mishra 2022. All eyes on the next chapter: India prepares to host cheetahs after 70 years, Mongabay. Accessed at https://india.mongabay.com/2022/09/all-eyes-on-the-next-chapter-india-prepares-to-host-cheetahs-after-70-years/ on 21 September 2022