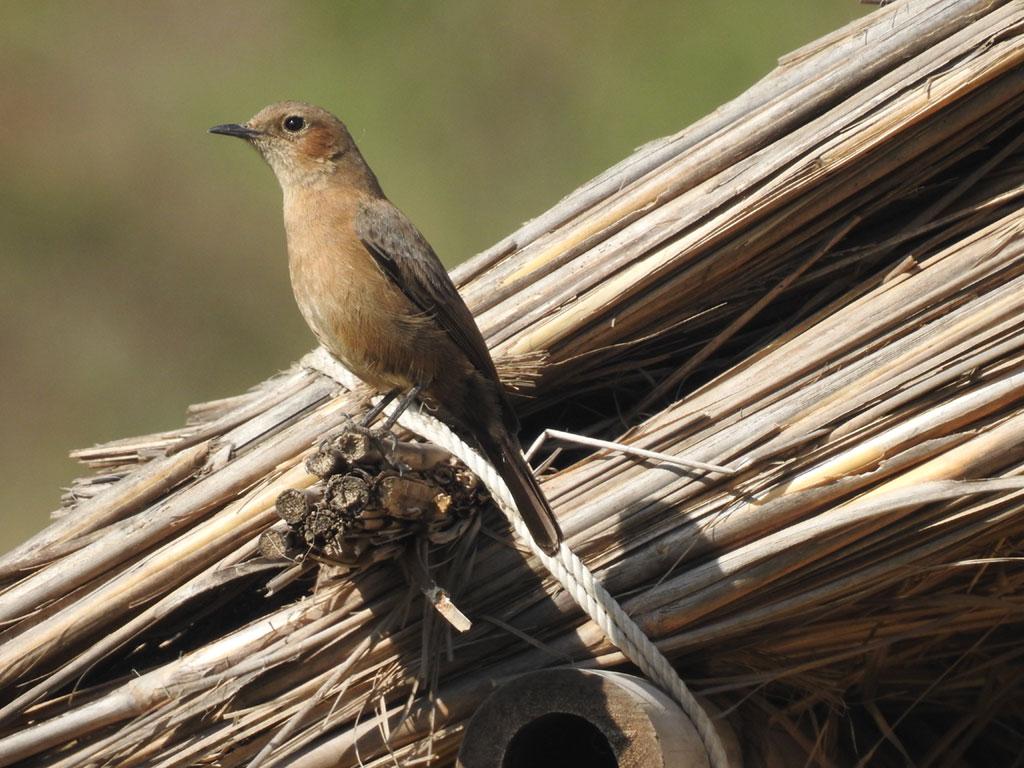 Knock-knock, who’s there? The holy Brown Rock Chat. A holy who???... That’s how a timid bird perplexed me at 3:30am in the dark of dawn. It was February 2019 and I was calming the anxieties of my daughter, who was fearing her imminent exams. Persistently knocking my door—I hesitated to investigate any such visitor at an ungodly hour. So, I peeped out from an adjacent window to survey my doorway and was delightfully surprised to find a beautiful, winged creature.

“Mama, look who’s come to wish me luck!" My doll whispered in ecstasy. A sweet, tiny female Indian Robin, I assumed, considering its modest cover and typical mannerisms. The bowing of its head and flickering of its tail were recognizable; though its distinct posture and traits seemed little awkward. Plus, its size, chestnut vent, and rounded tail also appeared unusual.

Gradually, this almost-Robin gathered our attention every night as it diligently fed upon the insects piled under our porch’s tube light. This was a mound of dead flies, forced out of their hideouts by untimely rains and buzzing throughout the night around our artificial lamps. Finally, it was this early-riser’s vivid avian call—melodious songs with multiple notes like those of a thrush—which left us spellbound. It could even flawlessly imitate
the calls of about eight of its fellows, including the Yellow- eyed Babbler, Black-winged Cuckoo Shrike, and Tickell's Blue Flycatcher. Hence, we were compelled to rediscover this special guest—the quintessential Brown Rock Chat or, simply, the Indian Chat. 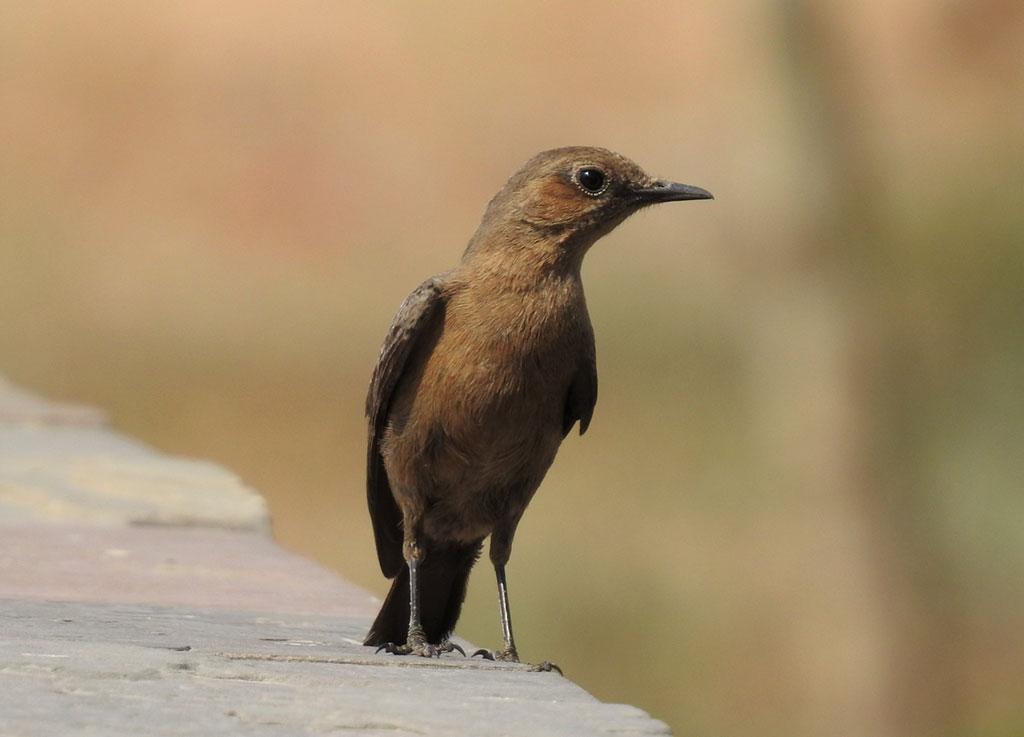 Belonging to the chat sub-family, this resident bird is endemic to the northwest and central India. Found in ravines, ruins, and rock clefts, it loves nesting in bungalow compounds and holes in walls. Its chocolate fudgy appearance is owing to its brown upper body, rusty underbelly, dark wings, and blackish tail. Its dark wood plumage conceals it at night, protecting it from the preying eyes of predators. Both the husband and wife wear these
unassuming identical attires yet they appear outstanding in their natural setting.

Rock Chats are diurnal but often feed until midnight. We observed our visitant active from about 3am in twilight till 9pm late evening! This evolution of nocturnal foraging over long undisturbed hours has increased its success rate of capturing insects at night manifold compared to the daytime. In addition to behavioural adaptations, its slender bill, slightly curved at the tip, also helps it feed efficiently. During monsoons, when they nurture their chicks, their nutritional requirements are quite high. No wonder our companion gorged upon mounds of food as if there were no tomorrow!