Gibbon Saga: A Tale of Forceful Separation and Joyous Unification 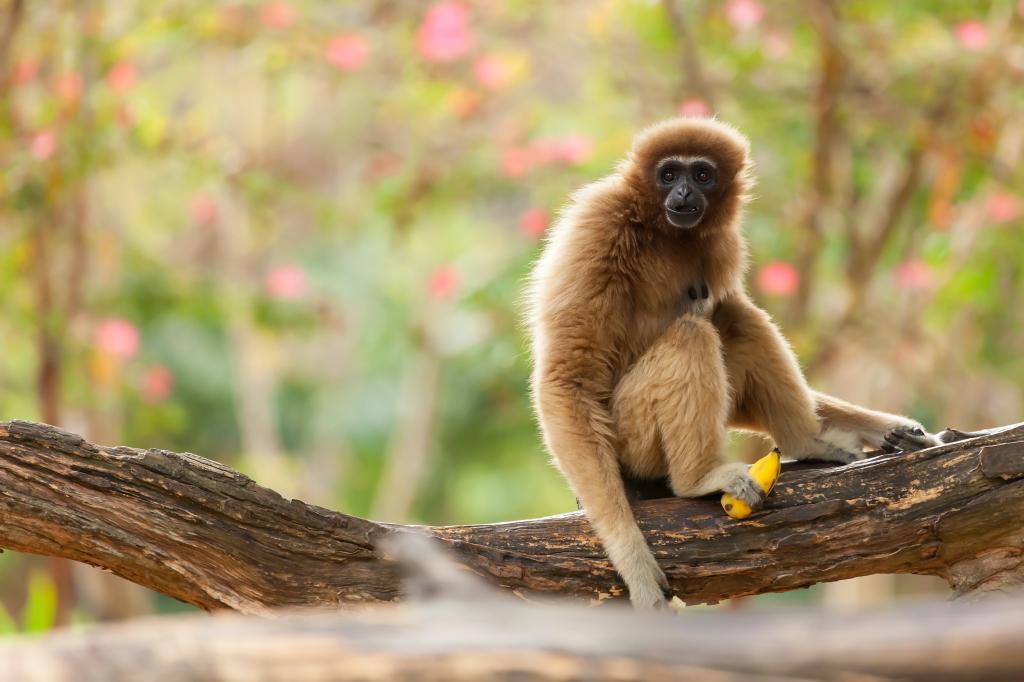 In 1887, 18 years before they divided Bengal into two, the British laid down a railway line through the Hoollongapar Gibbon Sanctuary, located on the south bank of the Brahmaputra river system in Jorhat district. While the railway line connected British tea plantations in Tinsukia with those in Jorhat and Dibrugarh, it divided the sanctuary into two unequal compartments—one roughly 150 hectares (370 acres), the rest roughly 1,950 hectares (4,820 acres).

This event had a dramatic impact on the population of hoolock gibbons (Hoolock hoolock) in the forest—families in compartment 1 lost communication with the families in compartment 2—because gibbons prefer not to descend to the ground. They live and travel only through the high canopies of trees and this track split the forest in such a way that they could not jump from a tree on the one side to a tree on the other.

Until recently, there were only three families of hoolock gibbons in the smaller compartment 1 and 23 families in compartment 2—and they had never interacted.

If you visit villages near the sanctuary and hear children shouting ‘holou holou’, do not be surprised. The children are merely aping the call of the hoolock gibbon (or holou bandor as they call it). The holou bandor is so enmeshed in larger Assamese culture that most children in Assam have heard of this nursery rhyme: Holou uthil tokou gosot, logai khodou modou. Jou jou koi horil niyor hol jolou jopou (Holou climbed a palm tree in a big hurry. But the falling dew drops drenched its coat, which was furry).

There are two types of hoolock gibbons—the western and eastern—and they are both found on the south bank of the Dibang–Brahmaputra river system. The gibbon is the only ape among the 26 primate species found in India. While the western hoolock has been categorized as endangered in the IUCN-red list, the eastern hoolock is listed as a vulnerable species. Both are on Schedule 1 of the Wildlife (Protection) Act, 1972. Species listed under this require absolute protection.

Hoollongapar Gibbon is the country’s first and only sanctuary dedicated to gibbon conservation. The sanctuary is listed among the highest primate diverse areas in the country with six other species of non-human primate viz. capped langur, stump-tailed macaque, pigtail macaque, Assamese macaque, rhesus macaque and slow loris.

By cutting the sanctuary into two, the railway line became a threat to the gibbon population and the forest, for gibbons play a vital role in the forest ecosystem. Since fruit is such a prominent part of their daily diet, they are important dispersers of undigested fruit seeds, and, therefore, integral to the maintenance of forest health.

This is one of the reasons why Dilip Chetri, head of the Primate Research & Conservation Division (PRCD) at an NGO called Aaranyak, launched the Hoolock Gibbon Conservation Programme in 2006. Chetri is a Jorhat local and one of the first to do a PhD on Indian primates. Under this programme, he led a series of plantation drives around the sanctuary keeping in mind the long-term conservation of hoolock gibbon and other wildlife of the sanctuary. 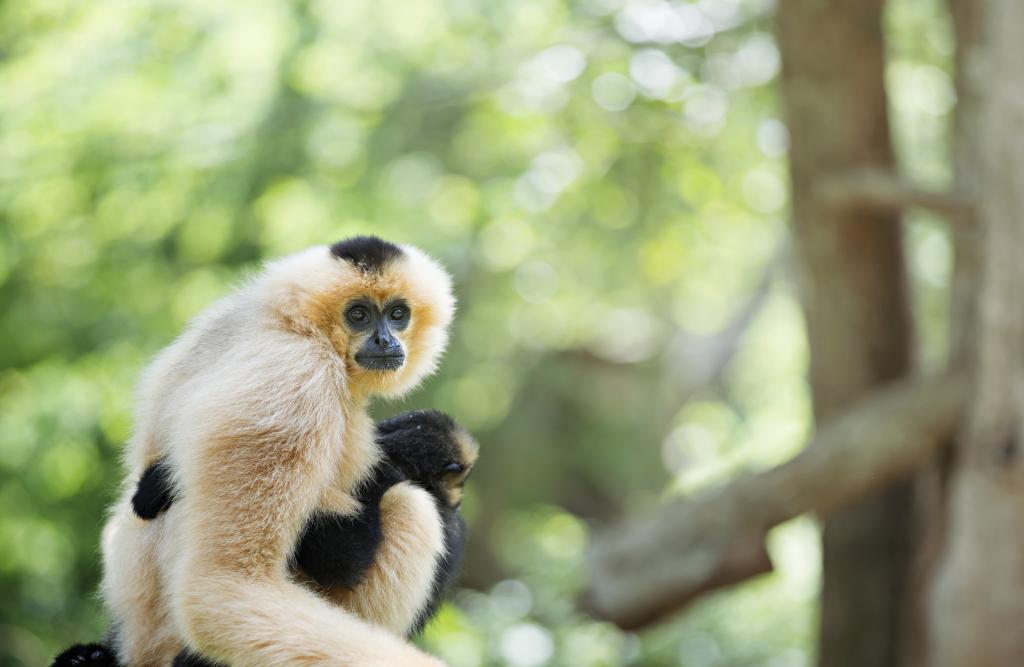 Since 2006, Aaranyak has overseen the planting of 3,000 saplings alongside the tracks, representing 71 species of plants known to provide food or habitat for gibbons. The idea is to provide a natural canopy bridge for gibbons to cross the railway track.

Aaranyak’s efforts finally reached fruition in 2019 when the first gibbon crossings were recorded. Even these first few forays across the track were significant. Gibbons are old-fashioned and monogamous, and they do not mate within family lines. This means that the families in the smaller area were really finding it hard to continue their lineage as everyone was either related or already taken. As if the difficulty in breeding wasn’t enough, they were also suffering due to depleting food resources in their patch of forest. By being able to cross over to the larger side, they not only found new partners to mate with but also solved their food crisis.

‘This year, in April 2021, a whole family of gibbons comprising four individuals have crossed over from the smaller to the larger compartment, which is a real good news,’ Chetri said in an interview. It indeed is. The artificial divisions created between them by others have finally broken down and they can be one happy community again.

All this would not have been possible without the cooperation of Jorhat Forest Division of Assam Forest Department and Northeast Frontier Railway authority. Aaranyak’s efforts have been funded by US Fish Wildlife Service (Great Ape Conservation Fund). It is indeed strange that traditional enemies of forests and forest-dwellers like the Indian forest department, the Indian railway authority and the US have cooperated in this but let this be a lesson to never judge a book by its cover, because even perennially harmful things can sometimes do good under the right circumstances.

About Aaranyak: Starting as a nature club in 1989, Aaranyak has emerged as a major organization working for the conservation of biodiversity in the Brahmaputra basin through research, environmental education, capacity building and advocacy for legal and policy reform.

Reach out to Aaranyak: info@aaranyak.org