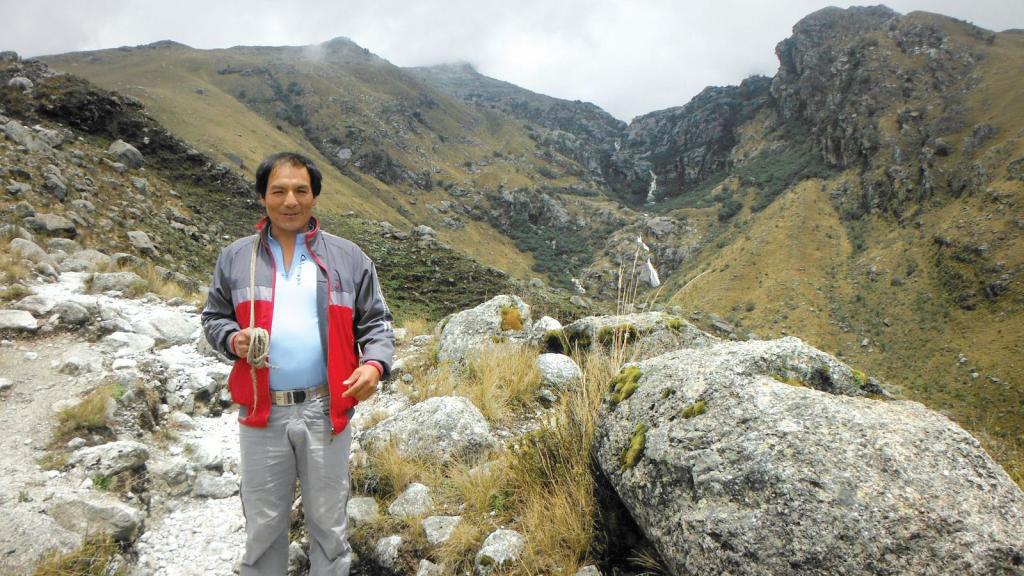 Surrounded by snowcapped peaks of the Andes mountains, lies a beautiful town called Huaraz in the middle of the Callejon de Huaylas Valley in Peru, a country in South America. With the Santa River flowing through its heart, Huaraz is home to 1.2 lakh people who depend on natural resources for their livelihood.

Around 1900, a German company called RheinischWestfälisches Elektrizitätswerk Aktiengesellschaft (RWE), set up their operations in Huaraz to tap the local coal mines and produce electricity for Europe.

Today, RWE is Germany’s second largest electricityproducing company, that supplies power to more than 200 lakh customers in Europe. A 2016 report by Thomson Reuters called Global 500 Greenhouse Gas Performance 2010-2015: 2016 Report on Trend found RWE as one of the top five emitters of greenhouses gases across the globe.

While the electricity was being produced for far off European countries, the increasing amount of carbon emitted by RWE was posing threat to the pristine beauty of Huaraz and to the lives and livelihood of its people.

In 2015, a Peruvian farmer and mountain guide, Saul Luciano Lliuya, found that his hometown Huaraz, is in the path of a potential floodwave. The glaciers around Huaraz were melting and were at the risk of collapsing into the Palcacocha Lake in Peru’s Cordillera Blanca mountain range, causing an overflow from the melting snow and ice.

Lliuya argues that RWE, as a major emitter of greenhouse gases, must share the cost of protecting his hometown Huaraz from the impending disaster. He wants RWE to reimburse his people and authorities €17,000 (around R13 lakh) for flood defences for his community. The 37-year-old farmer also wants the energy company to reimburse him for the €6384 (around R5 lakh) he had already spent on protective measures.

In 2015, Lliuya filed a lawsuit demanding similar reimbursements, but his appeal was rejected by the district court of Essen in Germany. Essen is also the headquarters of RWE. Recently, the regional court of Hamm, another city in Germany, has agreed to hear the case, giving hope to hundreds of people in Huaraz who will be able to save their homes.

Lliuya has made history by approaching the court seeking justice for the people affected by climate change. It is also the first time a German court has acknowledged a link between carbon emissions and global warming.

If successful, Lliuya’s claim could open the door for future cases seeking funding from energy companies to help protect those vulnerable from effects of climate change, particularly in developing countries like India. We have not yet seen such success stories in India.

The victims of the world's worst industrial disaster–the methyl isocyanate incident in 1984 in Bhopal –are still fighting for justice and demanding compensations, 32 years later. Similarly, Hindustan Unilever delayed almost 15 years in compensating the workers exposed to mercury in the 2001 mercury contamination case in Kodaikanal, Tamil Nadu.

In Lliuya's fight against the energy giant, it seems like David has the advantage over Goliath, at least in this round. Though it is too early to say who will be the winner.