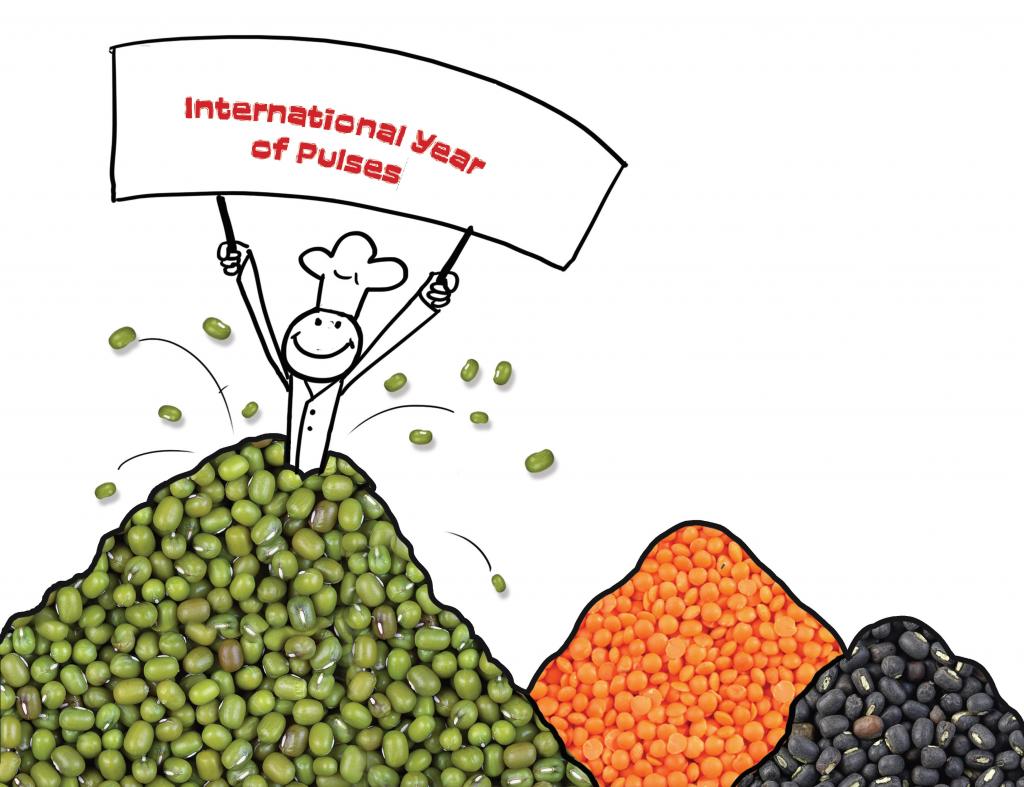 The New Year has begun...The United Nations has declared 2016 as the “International Year of Pulses” to raise knowledge of the many nutritional benefits of pulses. What does this mean for India?

From an Indian perspective, pulses are of integral importance, as India is the largest producer and foremost consumer and importer of pulses. Pulses are the backbone of the Indian meal and constitute the main protein element of the Indian diet.

For many of us, a meal is not complete without a bowl of dal. If we are living in north India, it is the “buttery” black dal (dal makhani) that is a meal in itself.

In south India, it is likely to be the hot, steaming sambhar (urad dal), while in east dal is often soupy, tempered with spice mix, and sweet in the west.

Farmers have been cultivating pulses in India for millennia. A few pulses (moong, urad and ricebean) originated in India (with pulse-grains discovered dating to 1500 BC) and were gradually domesticated in the Indian subcontinent.

Pulses are plants producing dry grains or seeds of different sizes, shapes and colours within a pod.  They are also referred to as legumes. These plant species are used for both human and livestock consumption. Pulses used as vegetables (green peas) or for oil extraction (soya bean) are not called pulses.

There are several varieties of pulses grown through the world in different climates, namely kidney beans, lima beans, butter beans and broad beans.

Though they look small, pulses are loaded with proteins. Proteins help in the development of muscles, bones, skin and various other organs in children. The long and the short of it: proteins help children to grow. In fact, pulses have double the proteins found in wheat and three times the protein found in rice.

Pulses are also rich in fibre and other minerals. The high iron and zinc content in pulses helps combat anaemia in women and children.

There is an icing on the cake, too—pulses do not contain gluten, hence they are suitable for people who suffer from gluten allergies.

Pulses are a protein source with a low carbon footprint!

Pulses have a low carbon footprint; they emit less greenhouse gases compared to other sources of proteins, like meat, chicken and beef. According to a study, the production of one kilogram of pulses only emits 0.5 kg of CO2, whereas one kilogram of beef produces 9.5 kg of CO2.

The cheap cost of an unhealthy diet

In developing countries,  vegetables, fruits and cereals are getting expensive, while burgers, chips and junk food are getting cheaper, or their prices are static. Processed food has become cheaper than unprocessed food. The effect—a rise in obesity levels across the developing world. Obese people are at risk of developing serious conditions—heart disease, diabetes and high blood pressure.

Pulses are immensely beneficial in many other ways. Residues (after the crop has been harvested) of pulses are used as animal fodder. This food, being rich in protein, helps improve animal growth and health.
Pulses make soil fertile—they are rich with germs, bugs and bacteria—extend the productivity of farms and reduce dependence on chemical fertilizers.

The process of manufacturing of chemical fertilizers emits greenhouse gases into the atmosphere, and therefore their use is hazardous to the environment. Pulses reduce their use and help lessen climate change.

What if pulses become scarce?

Both vegetarians and non-vegetarians get their balanced diet requirements from food. India has more vegetarians than the rest of the world. Pulses, packed with high-protein content, are the staple food and main source of protein in a vegetarian meal.

A vegetarian meal without pulses will have an adverse effect on the health and productivity of people, and the workforce in particular. The economic development of a nation is likely to suffer in a country like India, where there is a large vegetarian population.

Hence, it is important that policymakers ensure adequate pulses and regulate the price of pulses.

Children who don't eat enough protein-based foods in their childhood are likely to face many health problems. 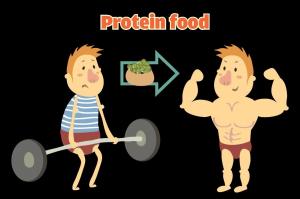 Pulses have been an affordable protein source, but last year their prices escalated across the country. The price of pulses, a source of protein, was much higher than the cost of chicken and became beyond the common man’s budget.

The wholesale price of pigeon pea (toor/arhar dal) had escalated to Rs 180 kg last year as against Rs 85 kg a year ago. The same goes for the black matpe (urad dal), the main component of the south Indian dishes, which soared to nearly Rs 190 per kg from Rs 80 per kg.

Rising prices of pulses have put Indian budgets under strain.  A regular dal consuming household has reduced its dal intake to once a month, while in some households, pulses have gone missing from the plates. Indians are changing their food habits drastically. Families are opting for eggs in place of dal. In rural households, people are surviving on rice and chutney.

The important question is why have the prices of pulses increased? The prices of food crops have skyrocketed because there has been a gap in the demand and the supply of pulses due to a fall in domestic production.

To overcome the shortfall in production, the Indian government decided to import pulses from other countries.

The prices of pulses have risen in the past year due to a decrease in domestic production. What are the reasons for the fall in domestic output?

Rains are very necessary for Indian farmers as nearly half our population lives on agriculture, and 60 per cent of India’s agricultural area is dependent on monsoons.

This year the rain gods were not kind to Indian farmers. The rains were uneven in their distribution.  While some areas experienced excess rains and even deadly floods, others had drier spells. This uneven distribution of monsoon and unseasonal rains led to crop damage. Maharashtra, the biggest producer of arhar, had the maximum crop damage. According to experts, increased pollution levels and climate change resulted in erratic and uneven rain. A poor monsoon resulted in an increase in food prices.

Data shows that there has been a decrease in the production of pulses since 2004, while the demand for pulses from the same year has increased steadily. So, it is not unforeseen that prices go up when there is low production.

Lack of enthusiasm from farmers

The price offered by the government doesn’t work well for pulses, as opposed to rice and wheat. Pulses are risky crops, much of pulses farming depends on rainfall and monsoon failure wreaks destruction for the farmer.

Lack of irrigation facilities in pulse-growing areas (which are mostly dry or semi-arid regions) make the food crop at risk for failure.

A positive future Policymakers need to give support to our farmers and conduct more research on pulses as to how to increase its production. Subsidies or incentives should be provided to farmers. This will motivate farmers to become significant producers of pulses. This approach is likely to be fruitful and bring us closer to a situation where there will be sufficient dal in the country and that too at reasonable prices.