Gandhian Echo in the Age of Waste 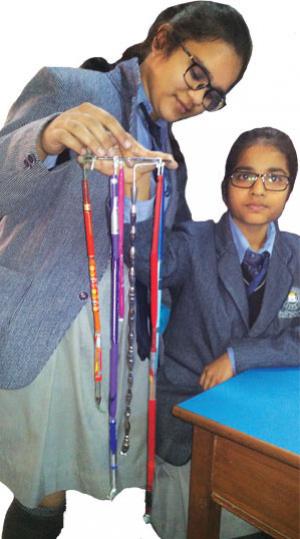 India is drowning in waste. Every year we generate 62 million tonnes (MT) of waste and half of it ends up in landfills. Of the total waste collected, only 19 per cent undergoes treatment. This is the dismal state of waste management in our country today.

Mahatma Gandhi was no stranger to the problems of waste and he dedicated his entire life urging individuals to shun wasteful consumption. What was Gandhi’s mantra to reduce waste?

Simple. He urged everybody to reduce consumption and ensure the efficient use of resources.

Therefore on the 150th birth anniversary of Gandhi, we share some of the best waste and resource management practices of schools affiliated with the Green Schools Programme (GSP) of the Centre for Science and Environment (CSE).

In many ways, these schools have managed to live by the Gandhian tenets of responsible living through waste management, reduced consumption and efficient use of resources. Let us find out more about these schools.

Students of this school wanted to reduce plastic waste generated in their school. They conducted a survey wherein it was found that a student on average used 4-5 ball pens and sketch pens made of plastic per month. These are also known as single-use plastic products. They then calculated that the waste generated on account of discarded pens was 25 kg per month.

Next, they installed collection centres where students could dispose their pens. The discarded pens were then used to make pen holders, photo frames and wind chimes during “crafts” class. Apart from this, the students also led an awareness campaign on waste generation through meetings and posters. 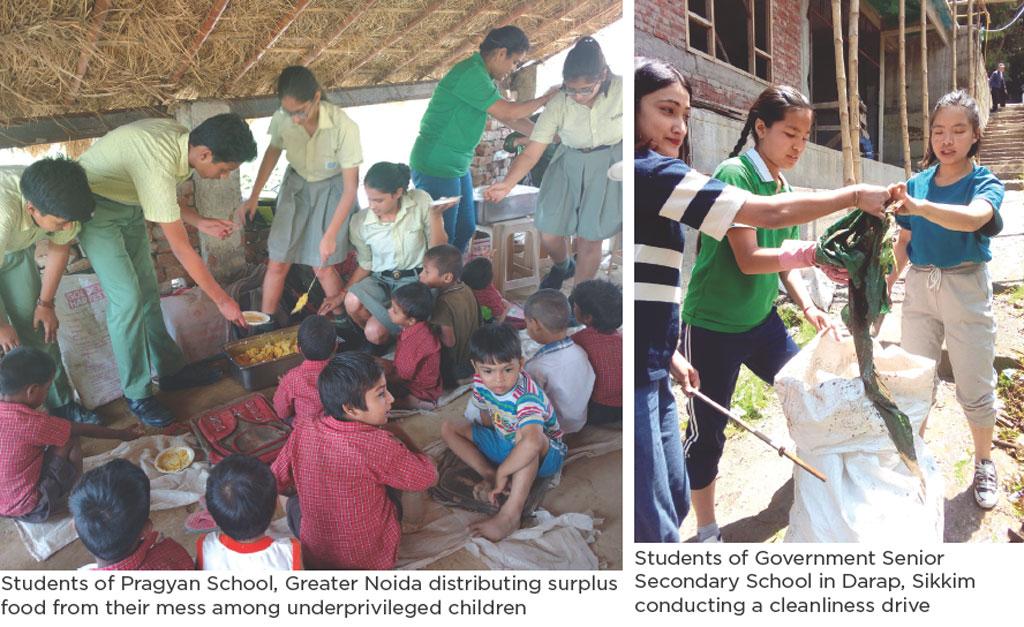 The school wanted to solve the problem of food waste on the campus. Although the food waste per capita was low, school authorities were looking for a solution for the surplus food (however little) at the end of each meal.

The school’s food committee forged an alliance with the “Robin Hood Army”, a volunteer organisation that picks up surplus food and distributes it among the underprivileged.

The initiative has helped provide meals to nearly 500 people every week, claimed the school. It has also sensitised students to reform their eating habits by avoiding wastage of food.

Dil Kumari Gurung, a teacher at the Government Senior Secondary School, Darap in west Sikkim’s Pelling village had noticed a clogged drain near the school. In an otherwise clean village, the drain was clogged due to a pile of trash consisting of rotten vegetables, plastic bags, cloth rags, and plastic and glass bottles. Upon seeing this, Gurung decided to use funds from the school’s Eco Club for cleaning the clogged drain.

Taking the help of two other teachers, students and a few non-teaching staff, Gurung dedicated two days to cleaning the 45 kg of waste clogging the drain. Once cleaned, water could once again flow in the waste-free drain. The initiative also inspired a student group called "Trash Thrashers" to conduct a similar cleanliness drive in the state capital of Gangtok.