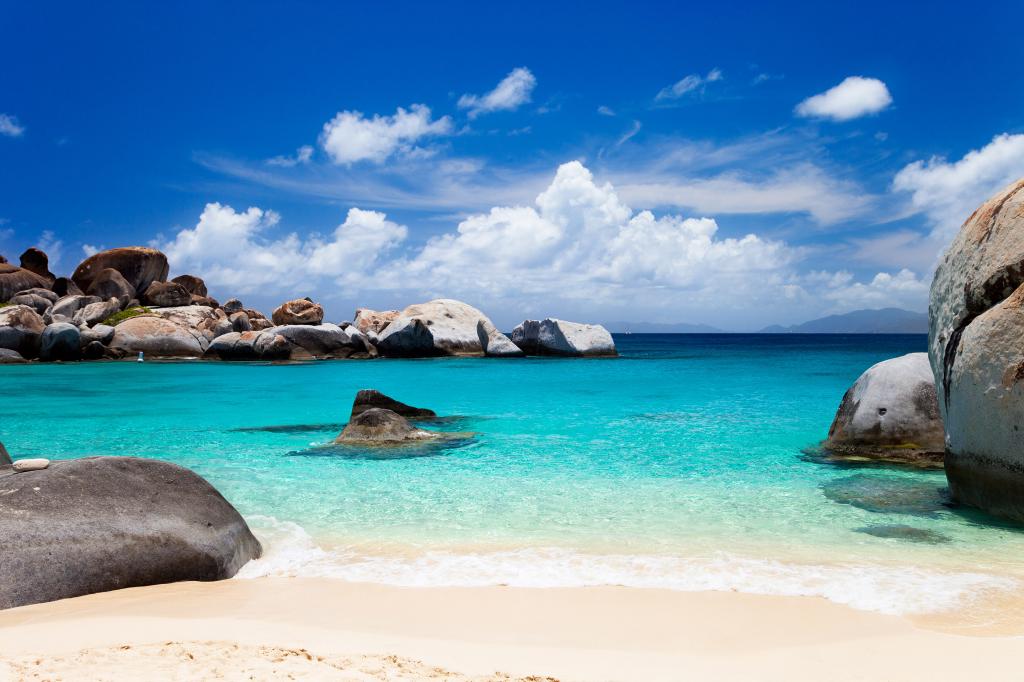 Water is colourless. But when we observe any large water body, it appears blue. When it has a lot of impurities (or nutrients), it can vary from red, green, white, grey, brown, black to anything that is weird and filthy. Read about some important terms related to different colours of water that we come across in common parlance or which researchers use to understand better this elixir of life.

Bluewater: ‘Why is water blue in colour?’—humans must have raised this question since time immemorial. But in 1921, this query was resolved when Sir CV Raman raised and answered it successfully, winning all the way a Nobel Prize for this research. So, ‘bluewater’ is simply the freshwater that gets its color by the absorption and scattering of light. When a ray of light hits water molecules, they absorb a lot of colours of the light spectrum. Do you remember VIBGYOR that makes this spectrum?... Yeah?  So, when water molecules absorb the colours of this spectrum, they mainly take-in the colours with long wavelengths—like red, orange, yellow, and green. They absorb blue the least. Therefore, when blue light bounces off them and scatters in the atmosphere above the water body, it appears to us that the water body is blue in colour. 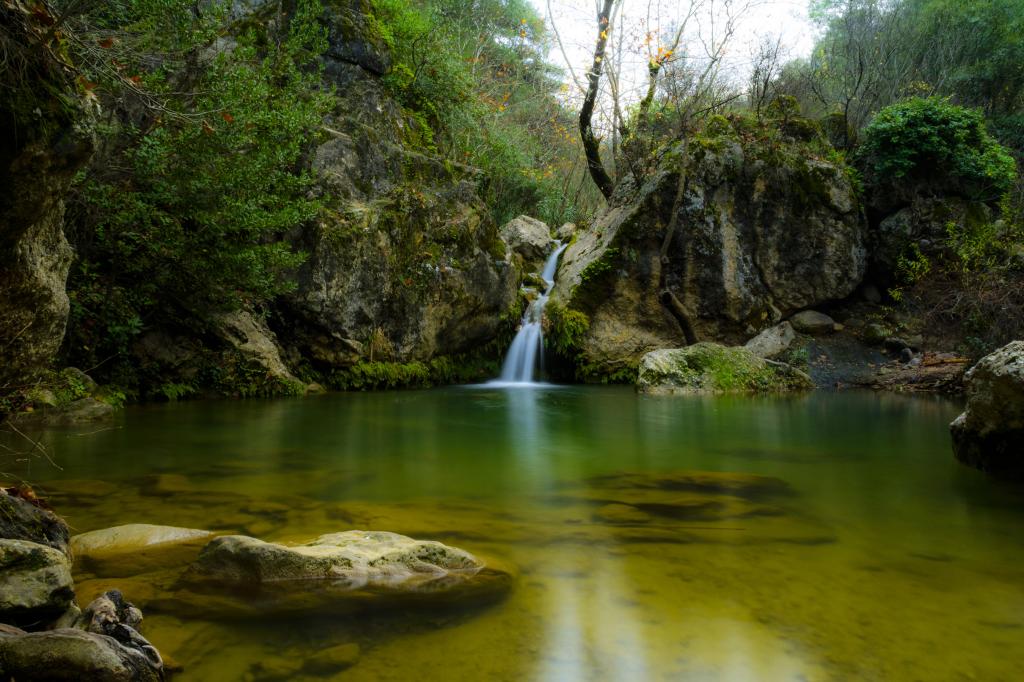 Green water: Green water is nothing but a type of polluted water which gets its color from the presence of microscopic algae, called phytoplankton, growing near the water surface. Phytoplankton get their energy from sunlight and use nutrients present in water to prepare their food. As algae deplete the minerals available in water, they also reduce its level of dissolved oxygen. This fall in the dissolved oxygen levels is very detrimental for the marine animals living in that water body as it can cause them to choke and die. An excessive growth of such algae is highly intoxicating for any pond, river, or stream, and is known as ‘algal bloom.’ Further, when this algae begins decaying, it releases methane, which is responsible for the foul odour that one typically smells near such water bodies. Methane is a very harmful greenhouse gas as it induces global warming.

White water: Air bubbles often get trapped in snow or ice, which is why they appears white to us. When such frozen water melts, it carries that distinct whitish appearance owing to these air bubbles and is hence known as white water.

However, it is interesting to note that large water bodies, like seas and oceans, or even, glaciers—which are frozen rivers—appear bluish to us for the reasons explained above (see section on Blue water). 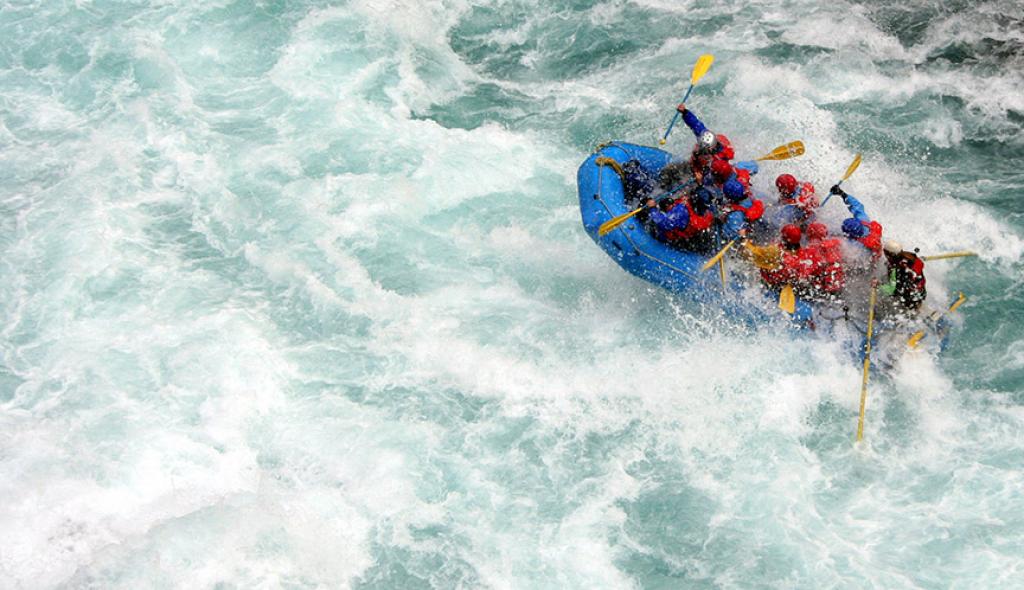 Red water: Red water is nothing but a type of nutrient-rich freshwater that gets its color from the presence of iron. Iron tends to add a rusty, reddish-brown color to the water body. For example, the Lake Salt in Bolivia is known as Red Lagoon because of the blood-like deep red color it exhibits. Sometimes, the red colour of water is owing to the presence of some algae. This is why the Red Sea, between the Persian Gulf and the horn of Africa, is known as such.

Greywater: Greywater is a type of wastewater that gets its color from impurities, like dust, oil, grease, soap, chemicals, etc. present in it. Importantly, this type of water does not contain any pathogens. Greywater usually includes domestic wastewater, such as drain from baths, showers, sinks, dishwashers, and washing machines. It is unfit for potable purposes but can be reused for non-potable purposes—like washing car, flushing toilets, etc.—after it is treated for odor, color, and pathogens. It is often estimated that an average person produces around 100 liters of greywater per day. 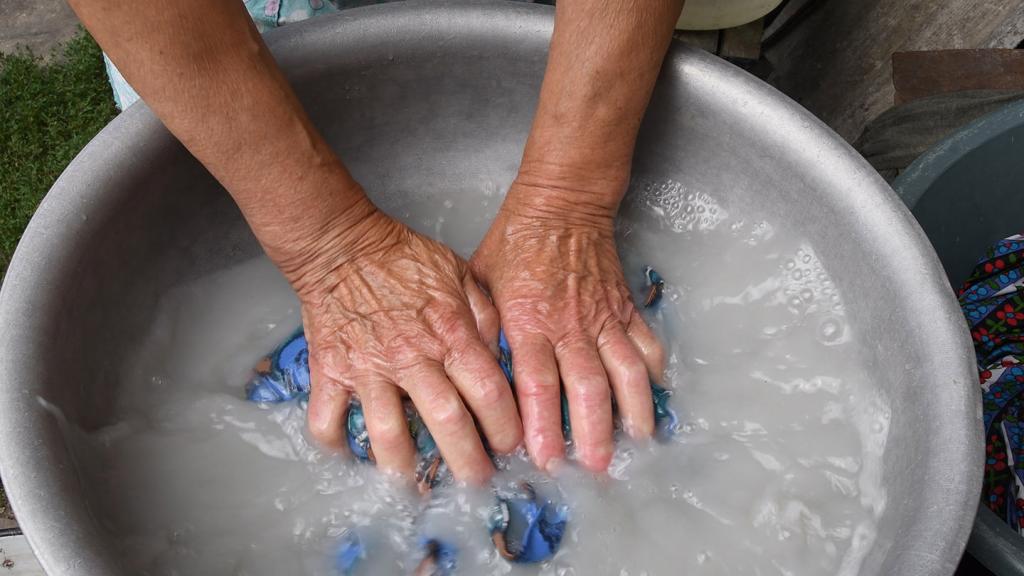 Yellow water: Yellow water is basically urine. It is simply a type of wastewater that consists of urea from amino acid metabolism, inorganic salts, creatinine, and ammonia. Yellow water or the urine gets its color from a pigment called urochrome which is formed in the human body due to cell breakdown. With safe handling and nutrient balance in the urine, yellow water can be reused as an excellent soil conditioner.

On a lighter note, there is a ‘Yellow Sea’ present between mainland China and Korean Peninsula. But before you proceed any further with your imagination, please note that it known as such only because of the presence of a lot of silt in its waters, drained by the rivers emptying into it! 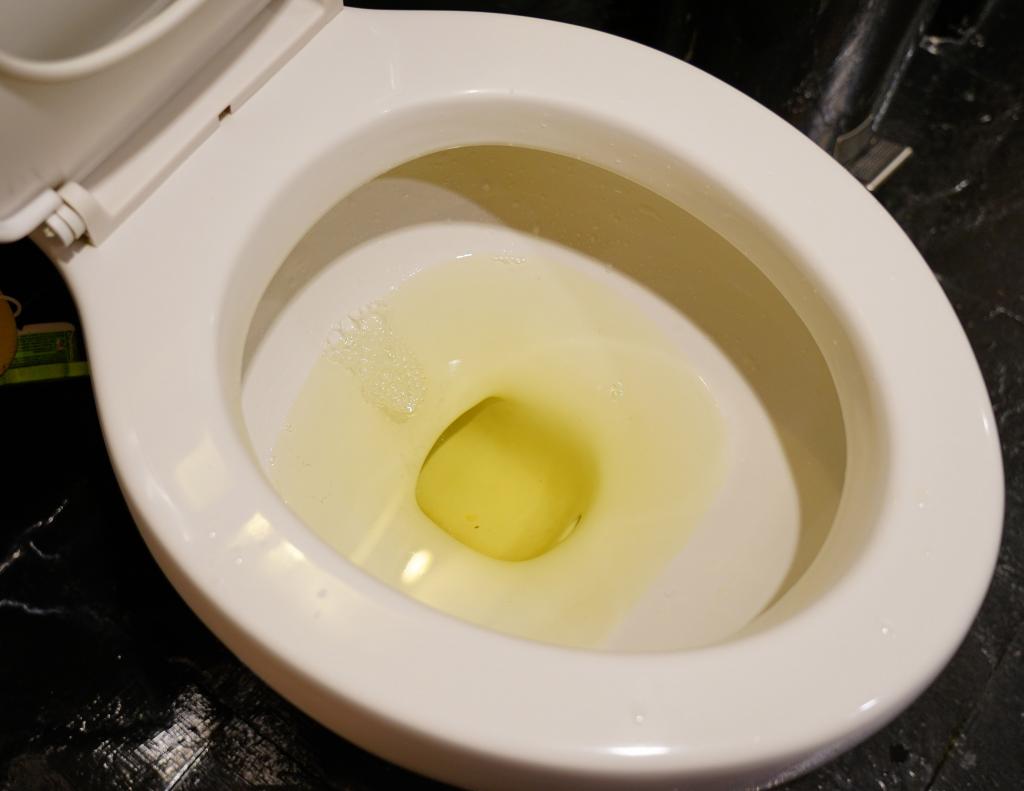 Brown water: This is a type of wastewater that gets its color either from dissolved soil particles or faecal matter. Note that we refer here only to faecal matter and not urine. The dissolved soil particles include mud, clay, or sand, which make the water appear brown. The faecal matter provides a brown colour to water because it contains stercobilin. The stercobilin is a brown-colored chemical formed when bile juice is metabolized. The bile juice is a kind of juice secreted by our liver to digest food. When this bile juice undergoes digestion in our gastrointestinal system, the stercobilin is formed and added to the digested food.

Therefore, when the waste from this digested food is ejected by our body as faeces, it contains a brownish colour. There is also another reason why our faeces are so brown—because of anaerobic decomposition of organic matter i.e. our food. Brown water contains a lot of pathogens and disease-causing microorganisms. Therefore, it should be safely managed and not be reused without treatment. Certain types of toilets, like ecosan, can separate our faeces from urine, which helps in recycling the brown water produced. Astronauts in space also carry special brown water kits to handle this waste carefully. 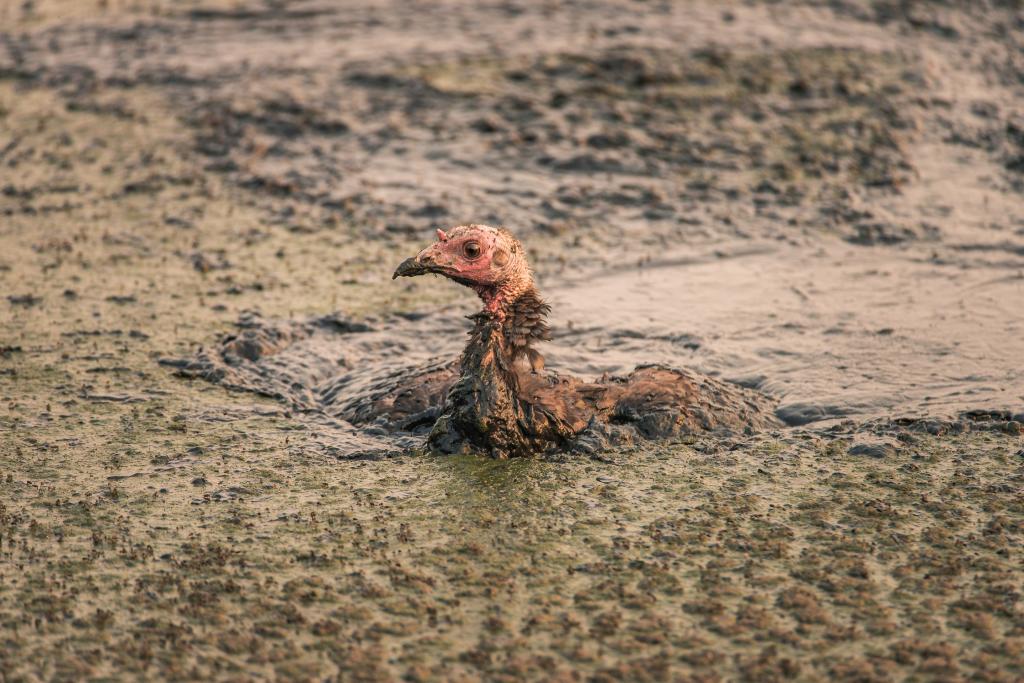 Blackwater: Blackwater is basically yellow water plus brown water. It is the most toxic form of wastewater and gets its color from the anaerobic decomposition of organic matter. When mixed together, the metals and faecal matter present in yellow and brown waters leads to the formation of many sulfides. Direct exposure to these toxins and the several deadly pathogens present in such water can trigger a lot of health problems. Some of these pathogens include hepatitis, cryptosporidiosis, gastroenteritis, giardiasis, leptospirosis, and campylobacteriosis to name a few.

However, after removing such chemicals and pathogens, the blackwater can be reused for non-potable purposes. 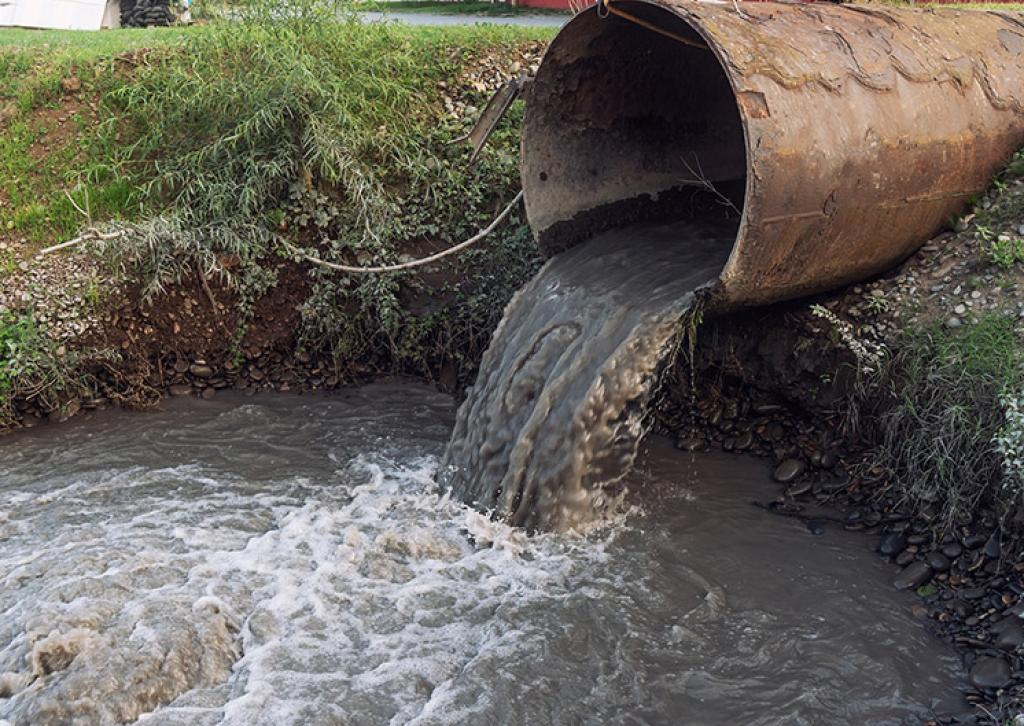