Nullahs That Were Once Rivers… 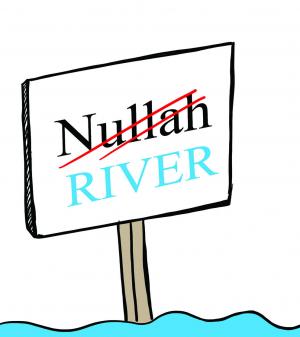 The coastal state of Maharashtra has three major rivers and several lakes, making it one of the few states in India having a vast water bank. However, most of its water bodies, including the Godavari, Krishna and Tapti rivers, are so polluted that they look like nullahs or drains. Heard about the Jayanthi and Gomati nullahs of Kolhapur?

Well, according to water conservationist Rajendra Singh, they were once a water source but today we call them nullahs. Even the lakes and rivers in Mumbai are in bad shape. Their waters, like that of the Jayanthi and Gomati rivers, are full of black, muddy slur. This is because wastewater from nearby households and industries degrades the quality of water. Trash and filth being dumped into lakes/ rivers add to this existing crisis. But Singh has offered a solution for this. To change the attitude of people towards these polluted water bodies, he has suggested that we refer to them as rivers instead of nullahs. By doing this, people will be more cautious and stop polluting them, Singh told Times of India in an interview.