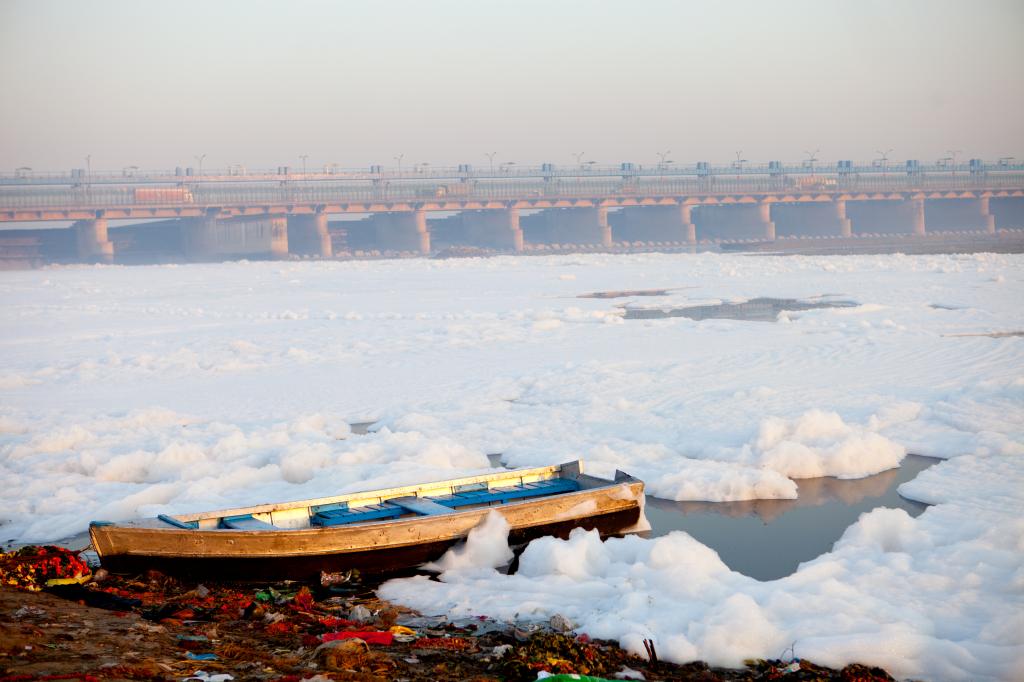 The Yamuna River is the largest tributary of the Ganga. It travels barely a distance of 22 km through Delhi. However, this region contributes to about 80 per cent of its total pollution load. Currently, this stretch discharges waste water from almost 22 drains into the river. Untreated effluents, containing toxins and chemicals, released from houses and industries creates froth (white foam) on the river’s surface. Algae, in addition, prevents sunlight from venturing into the depths of this river. Plus, low water level in the river causes concentration of these pollutants.

On top of all the effluent discharge, algal growth, and low water levels, idol immersion has emerged as another major issue causing the river’s pollution. On festivals like Ganesh Chaturthi and Durga Pooja, people immerse large idols of their divinities into different waterbodies. In olden days, these idols were made of naturally available ingredients, like: clay, milk, curd, ghee, coconut, beetle, turmeric, and water. Being natural and organic, these materials decomposed easily in the environment. But, nowadays, Plaster of Paris, varied artificial dyes, and toxic metallic paints are used to decorate the idols. Polythene bags, foam cut-outs, flowers, food offerings, and plastic sheets are all that is left behind floating on the river surface. These things are much harmful ecologically. The pollution cause by such immersion kills fish, damages plants, blocks the natural flow of water, and causes water stagnation.

So, what should be done to rescue the river? Open discharge of untreated waste and garbage disposal into the river should be monitored strictly by the government. Emphasis should be laid on rainwater harvesting, waste water treatment, and artificial groundwater recharge using clean water.