The View Outside My Window 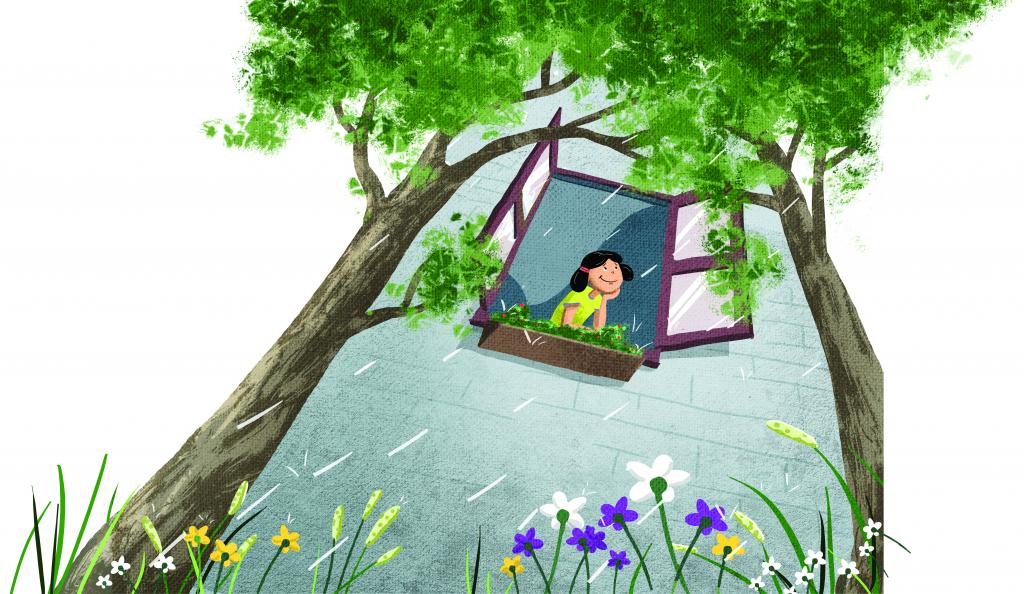 As usual, I woke up in the morning thinking about what I would do that day. It wasn't a special day, my routine was all planned-up like other days. It was a holiday, I didn’t have to go to school. I was determined to do something new, see something different. I was thinking about going with my family to watch a movie or something like that. I don’t watch movies often but my exams had just ended the day before. Many ideas came to my mind, but that day I don’t know why but I was not feeling like doing any of the usual things. Diwali was near, I wanted to go abroad this Diwali. But my own voice questioned me, “Why do you wish to see the world when you don’t know what is happening in your own colony?” I don’t know why I wanted to see the same things that I see every day.

I looked out from my window, I saw three children wearing half-torn clothes and their mother trying to hide them with the end of her sari. The whole city was crowded with cars, factories and people with their arguments. Everybody here wanted to claim himself rich and prosperous. Now I could understand the difference between Bharat and India. The fertile land which was full of flowers and trees, which was rich in culture and heritage was now very different, it was loaded with smoke, dust and poverty. The Hindustani and Carnatic music which contained raag, taal and devotion was now supplanted with western songs. The ecstasy of playing with children for many hours had been exchanged with electronic gadgets. The simple houses had changed into towering buildings. The view outside my window remained the same, after all it was an ordinary black window. Suddenly, a strong wind came and within a blink of an eye everything changed.

My eyes opened slowly, I could not believe what I saw. It was drizzling, the raindrops fell on my face. The trees that were dry were once again full of leaves which were swaying in the wind. The flowers that had died due to the heat had bloomed again, the white and pink flowers were looking glorious as daylight made them gleam. The road which was jam-packed with vehicles carrying people and goods was now looking like a walking trail. The tree branches had made an arch to present a warm welcome to me. The drizzle stopped, the sun once again took its place in the sky and over the horizon. I closed my eyes and listened to the nightingale singing. Someone great had once said: “To sit in the shade on a fine day and look upon the verdant green hills is the most perfect refreshment.” Suddenly, I felt a hand on my shoulders, it was my mother. “What happened, you have been standing here for a very long time and it looks as if you are in shock. What were you thinking?”

“Nothing, just like that,” I said to my mother. What else could I have told her? I looked one last time at the window. Everything was its usual self, nothing had changed, and it was only my childish imagination which had made me see all those things and feel all those feelings.

This memorable view was photographed and stored permanently in my mind. So, I printed it into the pages you are reading. I hope we will make our future better by contributing something to our world in whatever small way we can. “We can and we will.”

Mehak is a voracious reader who also writes poems and stories in English and Hindi. Her other hobbies include singing, playing the synthesizer, guitar and flute. She has also learnt Bharatanatyam and is a great dancer. She is interested in Indian mythology and her favourite subjects are Physics, Math and Sanskrit.