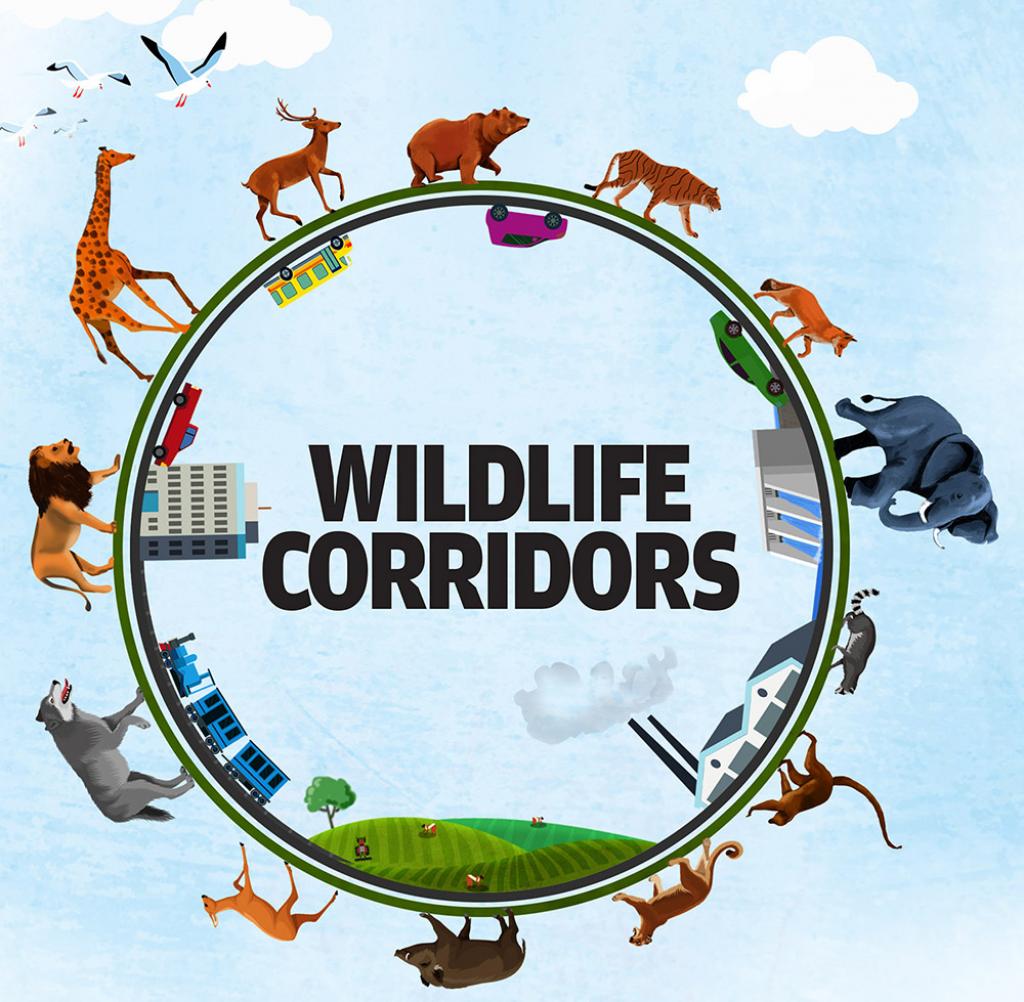 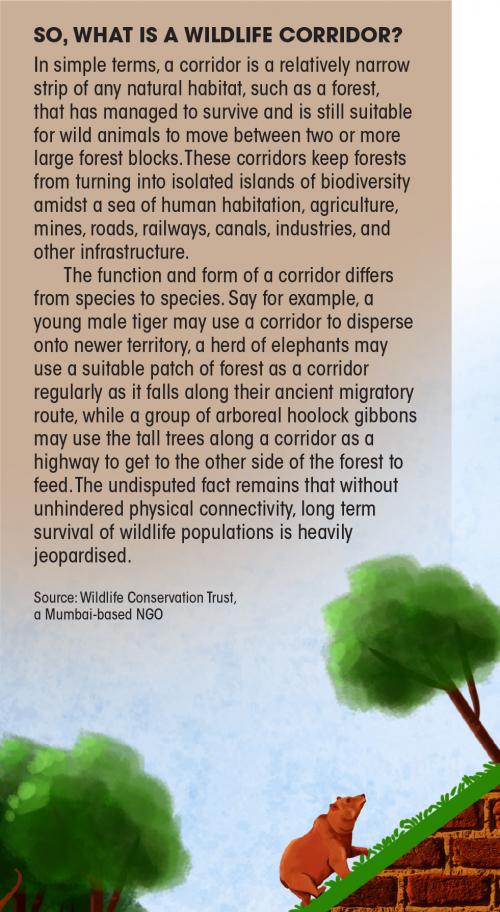 When I was little, my grandparents used to tell me stories about how they left their small village in Rajasthan to travel to the big city of Jaipur for better opportunities. Today, I have left Jaipur for the even bigger city of Delhi to try my luck. I am sure all of you know of family members and friends who have migrated for studies, jobs, or marriage. All of us witnessed the plight of lakhs of people who migrated back to their villages on foot during the lockdown imposed in response to COVID-19. All these people had come to cities for livelihood and they all went back when their livelihood dried up.

Migration is necessary for us humans, sometimes for some work and sometimes just for the heck of it—to simply go to a new place and meet new people.

Migration is just as important for animals. Not a very long time ago, the Indian subcontinent was covered in vast swathes of forests. Animals roamed around freely from one part of the landmass to another. A tiger or elephant in the Deccan could have easily travelled unobstructed to far off regions and they did.

As human population boomed and development projects to service this population increased, the forest cover reduced. The situation now is that there are pockets of forests all over the country which are separated from each other by human settlements and related infrastructure.

These interceptions are difficult for animals to traverse. Even a simple thing such as a highway is a major obstacle to a wild animal. In the attempts that they make to cross these roads, many animals die due to speeding vehicles.

There are many issues which crop up when animals are forcefully isolated in small unconnected forests. Their populations are not able to expand because of increasing food demand from a limited place and their inability to migrate elsewhere to meet this requirement.

The extent of inbreeding also increases which weakens their gene pool and eventually makes them unfit for survival. If someone was to isolate a village and prohibit any people from ever migrating for better future prospects, the village would soon perish. In the same way, animals restricted to small forests die off from lack of migration. 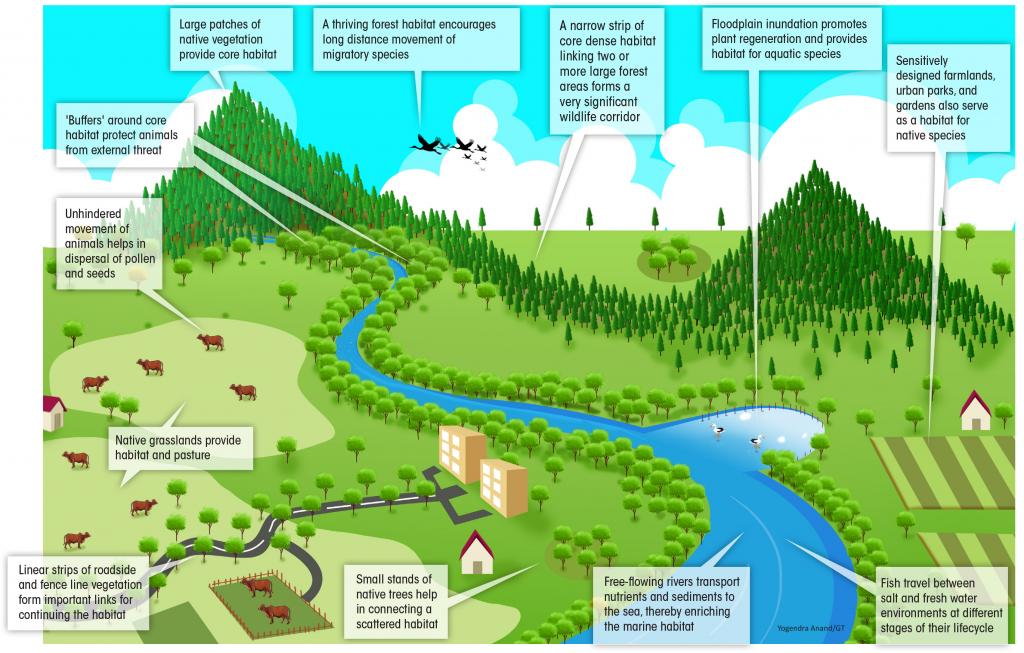 This is where wildlife corridors enter the picture. As human habitation and development is expanding, our scientists and government have come up with a solution. They recommend to make or maintain forest paths connecting one forest to another which the animals can traverse and use to migrate. 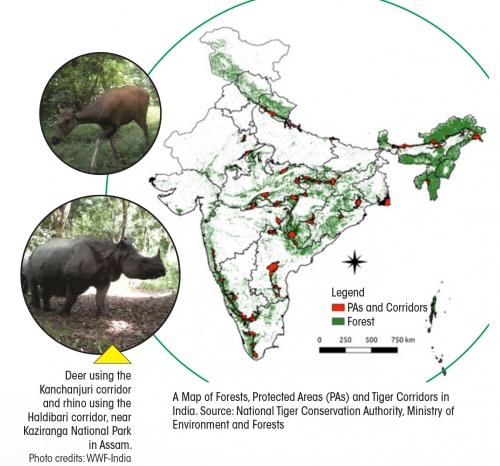 Further, it is important to understand that these corridors are not mere paths which animals use to travel from one place to another. A highway becomes a centre of a town or village whose economy revolves around the traffic facilitated by it. It is a myth that wildlife corridors aren’t biodiversity-rich and pose as mere bridges or linkages for the wildlife to pass. Research shows that tiger densities in several wildlife corridors in India are comparable to or better than that of some of the tiger reserves themselves! Also, tiger corridors serve as habitat for several other species such as wolves, hyenas, ratel, pangolins, birds, and reptiles. 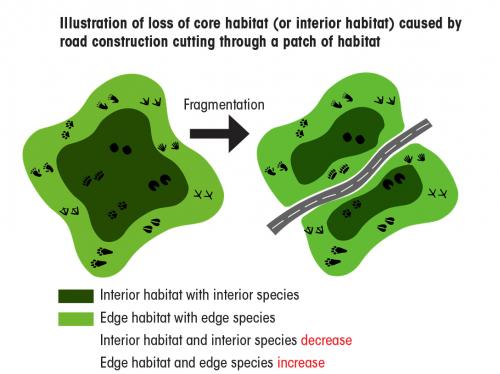 Though central India harbours nearly 35 per cent of the country’s tiger population, not a single sub-population of tigers in the region is genetically viable on its own. Thus, for their long-term survival, these populations need to be able to interact with each other. This may be through immigration and emigration which is possible only through the network of wildlife corridors.