The modern life we have created is good for us but not for the environment. This energy-hungry human lifestyle is heating up the world at a rate that is not sustainable for the planet. In the past 170 years or so, industries have flourished and have made the Earth hotter by over 1oC. India, for instance, has recorded 11 of its 15 warmest years since 1901 (a period of 121 years till the present) between 2007 and 2021. The last decade (2012-2021) was the warmest ever. See the graph below showing the average annual temperature in India from 1901–2021. It shows an increasing trend of temperature averaging 0.63°C/100 years. 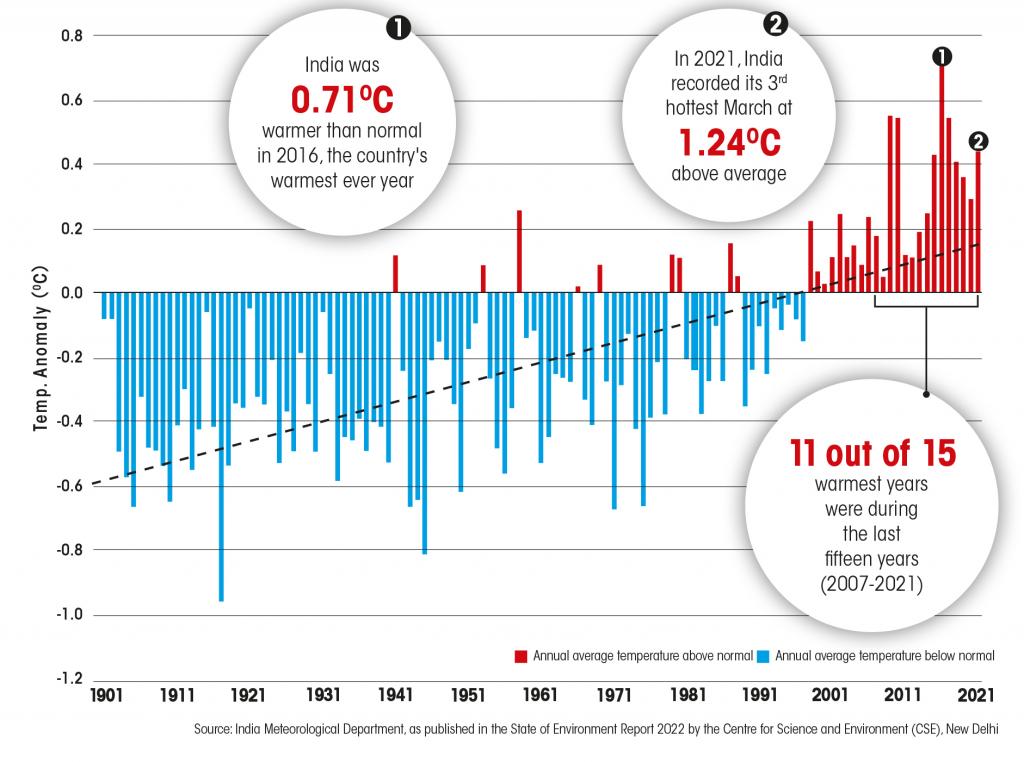 While one might think that a 1oC increase in temperature would not make any perceptible difference but the reality is that it has made our weather more extreme and unpredictable. Let us look at India’s weather this year to understand this not-so-hidden crisis.

India recorded its warmest March this year, which triggered early heatwaves in New Delhi and its neighbouring states and Union Territories. That’s extreme. Another example of the havoc caused by temperature rise can be seen in the disruption of the pattern of the monsoon season (June-September) this year. This past, monsoon oscillated between extremely dry and wet periods. As a result, despite receiving the usual amount of overall rainfall during the season, the unpredictability of when it will rain and how much, caused widespread crop damage. The fear of poor produce has already increased the domestic prices of food items and forced the Indian government to restrict exports of food grains to avoid shortages. In early October, when the monsoon season had almost left the country, extremely heavy and unexpected rainfall flooded Uttar Pradesh, the most populous Indian state. This is unpredictable.

If we continue our current lifestyle, the world might become more than 2oC hotter by 2050—less than 30 years from now. The stated ambition of our political leaders at climate summits and meetings is to keep the temperatures below 1.5oC. This seems admirable, but from the climate perspective, this means that even in the best-case scenario of us achieving this target, the world will still be less habitable in the near future than it is now. As temperatures continue to rise, some areas are getting wetter and others drier. A lot of people and animals are unable to adapt to this human-induced environmental change.

Humans are Heating the Planet

Except Earth, all other planets in the solar system are either too hot (close to the sun) or too cold (away from the sun) to sustain life on them. Our planet is different because it is surrounded by a blanket of gases, called the atmosphere, which traps some of the sun’s heat hitting the Earth’s surface and spreads it all around.

Our climate, which is simply the long-term weather conditions, naturally cycles through cold phases and hot phases, caused by the amount of sun’s energy absorbed by the atmosphere. This transition of climate is slow and takes thousands of years. Over the past 6,50,000 years, the Earth has gone through seven Ice Ages and warming periods. 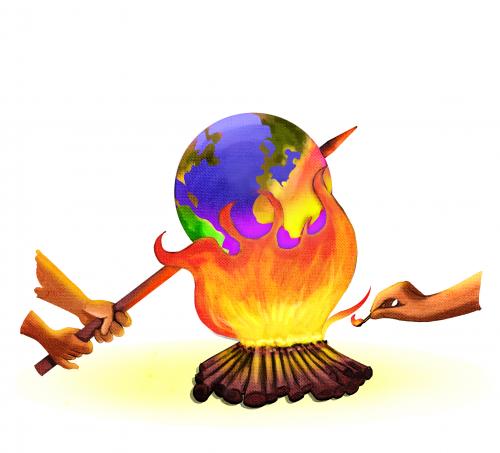 But this time around, the Earth is heating at an alarmingly fast rate, and scientists have proved without doubt that we are the ones triggering it. Many scientists have started to call the current geological period as ‘Anthropocene’ to signify how human activity now has the dominant influence on our climate and environment.

During the past century and a half, oil, gas, and coal—collectively called fossil fuels—have powered our homes, cars, and factories. These energy sources release large volumes of carbon dioxide, the most widely available greenhouse gas. Scientists have established that the climate is warming about 10 times faster than the average previous warming times and we are to be blamed for the same.

Disasters on the Rise

The climate crisis affects us more than the mere temperature rise. It heats up the oceans and land surfaces, and disrupts the global weather system. This increases the frequency and intensity of extreme weather events, which, simply put, are freak weather events that cause massive damages.

More areas are now at risk of heatwaves, defined as long periods of time with temperatures hotter than normal, and such events are becoming more common. The hilly state of Himachal Pradesh, for example, saw for the first-time heatwaves in March, April and May this year.

Heavy precipitation i.e., snowfall and rainfall, and storms are becoming more common and leading to flooding and other dangerous weather events. This has a direct impact on crop production. It is also increasing the severity and extent of droughts globally, making it harder to grow food. 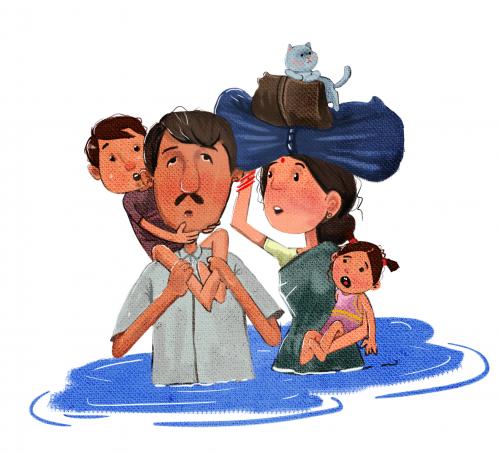 As oceans are warming, coastal storms like cyclones are becoming more frequent and damaging. Sea levels have already risen by about 8 inches in the past century or so because of melting glaciers and ice sheets. Its impact can be seen in the coastal regions that now get easily inundated and stand the risk of completely going under water in the near future. A warmer Earth is also increasing the incidence and intensity of forest fires.

The most visible impact of the rising extreme weather events is that it is threatening our habitats. While some species are moving to new habitats, others may struggle to adapt and become endangered or extinct. For example, oceans are turning acidic due to the absorption of excess CO2 and this is triggering frequent coral bleaching.

There is no denying that we have already vastly damaged our planet, but we still have time and resources to avoid some of the worst impacts. Everyone can play a part, including the government, businesses, and you. All you have to do is, follow the list below.

The future of our planet depends on how we choose to act consciously. The good news is that we already know how to arrest the further heating up of the world, and there is still time for us to make a positive change.

For more info, check out our Climate India 2022: An assessment of extreme weather events report and India’s Atlas on Weather Disasters launched by Centre for Science and Environment, New Delhi.

Assistant Editor, Down To Earth, Centre for Science and Environment (CSE)