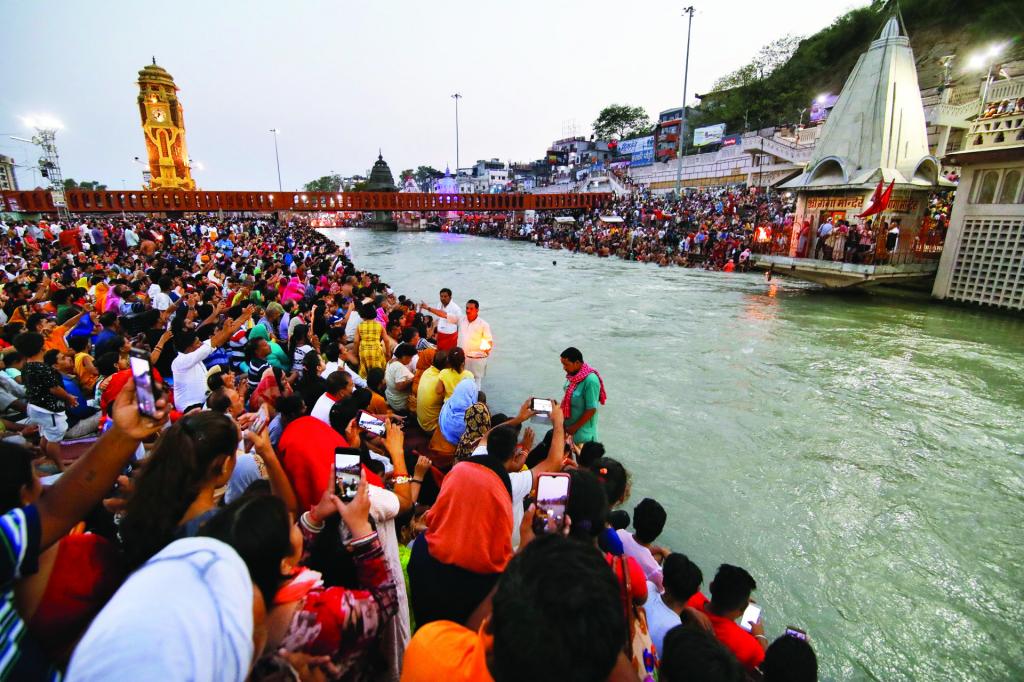 The 3,500-km-long Hindu Kush Himalaya (HKH) region is the origin of at least 10 major rivers supporting eight countries—India, Pakistan, Nepal, China, Myanmar, Bhutan, Bangladesh and Afghanistan. While these rivers support 200 crore people, they are also a source of constant worry across countries due to the problem of regular floods. Flood-prone rivers in this region include the Indus, Brahmaputra, Ganga and Irrawaddy.

However, to understand the workings of the Himalayan rivers, we would first have to understand how water overflows from our nullahs (drains). Confused? Let me explain. If you notice the streets near a drain, you are likely to be greeted by a pile of black sludge emitting a foul smell. This sludge is usually seen just before the monsoon season. This is because waste deposits, settled at the bottom of the drain, elevate the bed of the drain water and cause it to overflow post-rainfall.

In the case of rivers, it is silt or tiny rock and mineral particles carried along the course of a river. These particles are a result of erosion of mountains and river banks. Now, Himalayan rivers like the Ganga and Brahmaputra are one of the highest silt-carrying rivers in the world. This is because new-fold (younger) mountains like the Himalayas lose more silt due to erosion than older mountains like the Aravallis. The high silt deposits of the Himalayan rivers—Jamuna, Ganga and Meghna—formed Bangladesh, a delta country that is home to 16.2 crore people. The silt load is usually high in areas like the river's catchment and delta area; or near dams and reservoirs. This is because the river flow gets reduced due to the concrete structure and there is greater off-loading of silt. This elevates the river bed and increases the risk of flooding. Apart from the rains, the release of water from overflowing dams makes low-lying areas more vulnerable to floods. The recent floods in Maharashtra, Karnataka and Kerala are latest examples of this. So, how do we manage the amount of silt in a river? Let us find out.

There are different methods to manage silt load. At each stage, there needs to be a different technique to maintain the ideal amount of silt load. Flushing, sluicing, siphoning, dozing and dredging are some of the commonly-practised desilting methods. Also, human activities like agriculture, deforestation, extensive grazing near the river banks accelerate soil erosion and change the silt load of rivers. Therefore, soil conservation methods like crop rotation, use of organic matter, contour cultivation and restricted land use are some of the recommended methods of silt managment, especially in the catchment areas of rivers.

Proper disposal of sediment is important because if the river bed is too low, it can cause bank erosion, lowering of water table, widening of river bank and weakening of structures built along the river. While if the river bed is elevated, there is flooding. Therefore, it is necessary that accurate mathematical calculations guide the silt disposal process. Also, changes in the silt load of rivers during pre-monsoon and monsoon seasons need to be monitored. This would help authorities take calculated, scientific steps towards river management and reduce the risk of flooding. 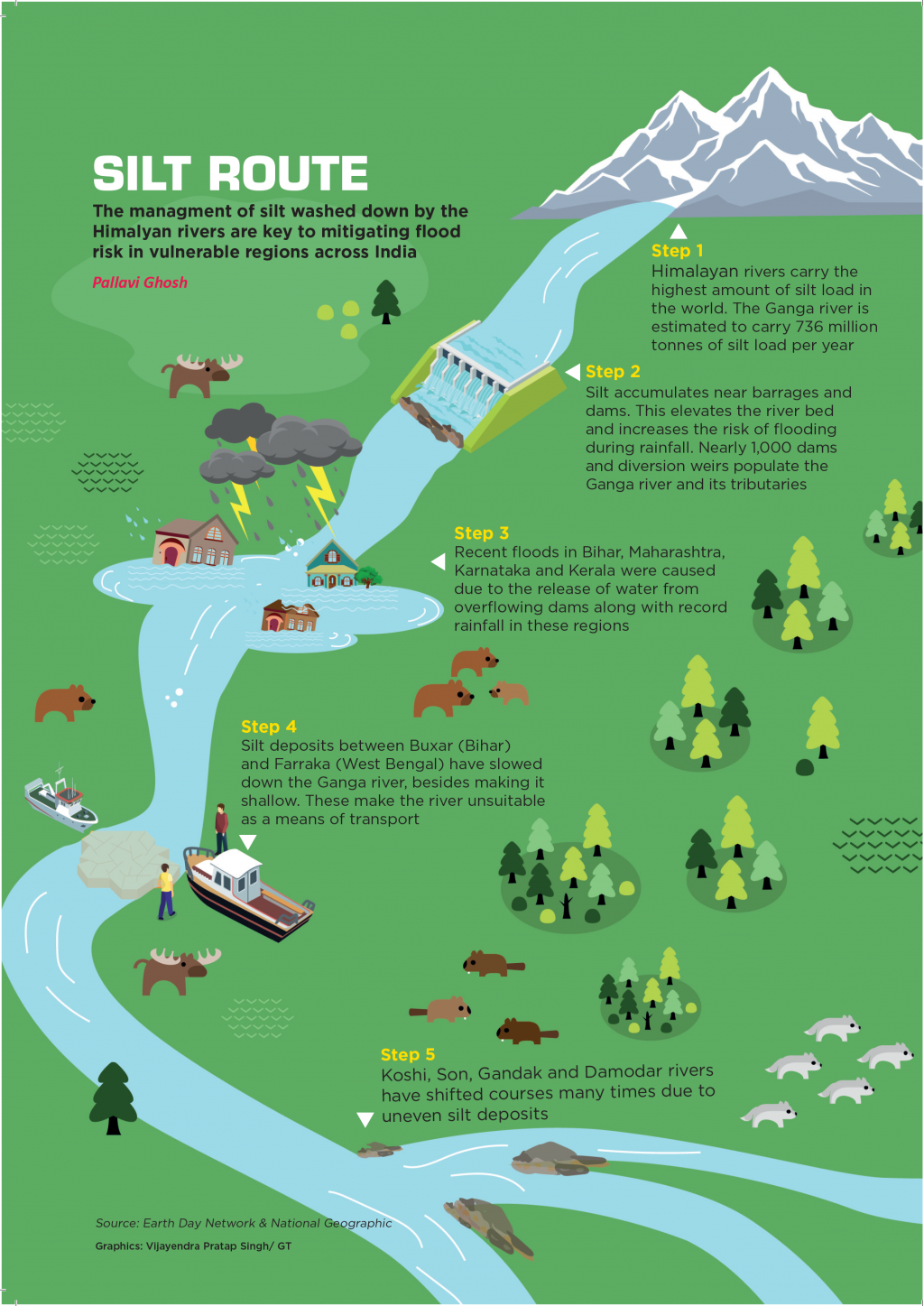