Life along the Ganga 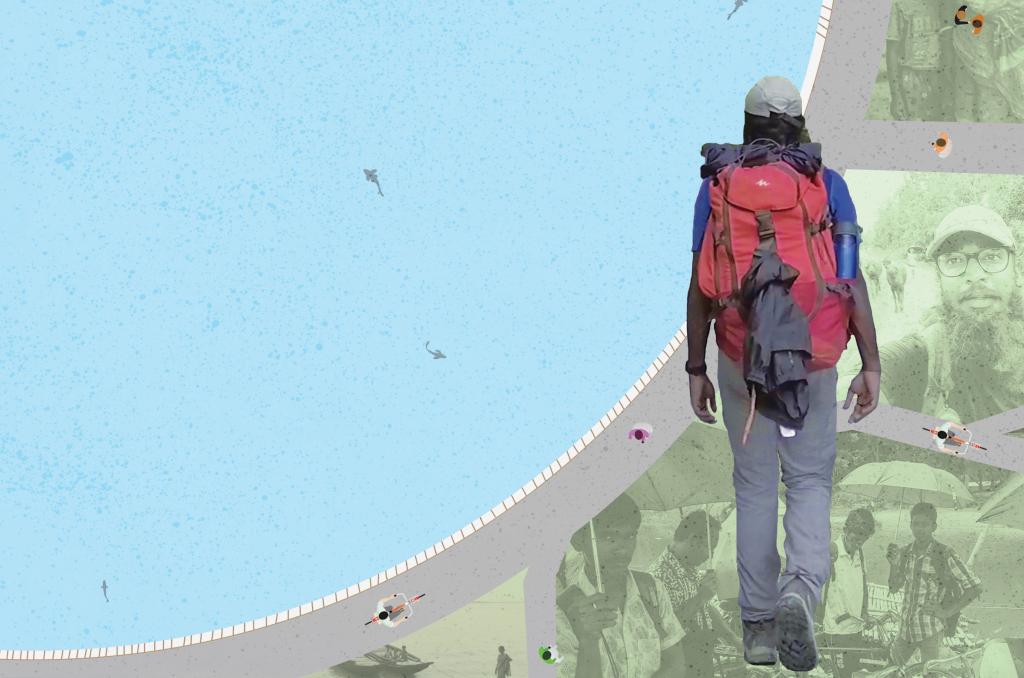 [The Ganga] is dying. Pollution from the factories and farms of the fastest-growing large economy in the world . . .  has turned its waters toxic

The Ganges, India’s holy river, is also one of the most polluted in the world . . . There are many causes of Ganges river pollution.

We read and hear stories about pollution in the river Ganga every day. But what about those who live along the river? How are they affected by the increasing pollution?

To understand the stories of people living along the river—those who are directly affected by the river, whether from urban sewage that goes into it, pollution or the monsoon—the engineer-turned-explorer Siddharth Agarwal has undertaken a walk along its banks from its stem to its mouth.

Siddharth, an IIT Kharagpur alumnus, has been travelling for years, walking across Rajasthan and Haryana and cycling across the country. “There are some memories that etch in your mind. One of my school trips to Gangotri Glacier changed my perspective forever. It was supposed to be a fun-filled nature trip but we realised the glacier had receded by half a kilometre,” he says.

On a recent visit to Farakka Barrage, Siddharth was introduced to a whole new aspect of environment. He realised how substantially the local environment and river have changed.

“The river has shifted and villagers have lost large tracts of land to flooding," he fumes. "The slow mode of transport has the power to allow you to see what society’s real condition is. We only hear what the ministers say; rarely do we hear what people along the river are saying. The aim is to get views from the ground,” says Siddharth.

A 3,000-km walk that started on the 6th June 2016 will see Siddharth tread the river upstream from the ocean near the Sagar Island in West Bengal to the glaciers around Gaumukh in Uttarakhand. Expected to take over 120 days, the walk will culminate on the 31st October 2016.

"I am shooting the documentary of my walk. I aim to show this documentary in various schools and colleges to raise awareness about the Ganga,” concludes Siddharth.

Siddharth is crowd-funding money in order to record his documentary. You can learn more about it at: http://veditum.org/moving-upstream/ or contact: 8100170707