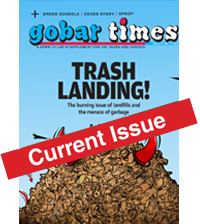 What Did the CSE Study on Honey Adulteration Reveal? Complete Analysis on How the Tests Were Done.

What is the truth behind India's honey? How pure is the honey made by your favourite brand? Are you eating nature's wonder food or are the companies selling you cheap and unhealthy sugar? To find these answers let us look at the latest report by the Delhi based Centre for Science and Environment or CSE.

CSE has earlier exposed pesticides in colas and packaged drinking water, antibiotics in honey, GMO's in packaged food, and excess salts and trans fat in junk foods. This latest investigation from CSE exposes top Indian brands of selling adulterated honey – honey with sugar syrup. CSE got 22 samples from 13 Indian brands tested first in Indian laboratory and then in Germany. Tests found that more than 77 per cent were not honey, but adulterated with sugar syrup. Only five of the 22 samples were found to be unadulterated.

FSSAI has mandated six sets of tests to detect adulteration. These tests are done to detect two types of sugar adulterants called C3 and C4. C3 sugars are found in starchy plants, like rice and beetroot, whereas C4 sugars are derived from plants, like sugarcane and corn. These sugars and their traces must not exceed a certain threshhold for honey to be called pure. We sent a sample from each of the 13 brands to CALF to check for C3 and C4 sugar adulteration. The brands that were part of the study are market leaders, like Dabur, Patanjali, Zandu, Saffola, Baidyanath, Apis, Markfed Sohna and Hitkari and smaller brands like Nature's Nectar, Dadev, Hi Honey, Indigenous Honey, and Societe Naturelle honey.

Interestingly, the CALF Laboratory in India did not find adulteration of C3 and C4 sugar in big brands. However, most of the smaller brands failed the laboratory tests for Indian standards. These smaller brands were adulterated with cane or C4 sugars in most cases. But the picture changed when all the samples were sent to a top laboratory in Germany for advanced testing. The results from the German laboratory told us that Indian standards for honey purity cannot ‘catch’ adulteration. Meanwhile, Chinese manufacturers were openly advertising in online marketplaces, like Alibaba.com and TradeIndia.com , about rice and sugar syrups that could bypass the tests for C3 and C4 sugars. There were also rumours that this Chinese technology of masking syrups had reached India and factories in Punjab, Uttar Pradesh and Uttarakhand were making them.

Were the big brands adulterating this new age magic syrup in their honey? To get around this one has to rely on a more advanced testing technology called NMR or Nuclear Magnetic Resonance Spectroscopy (NMR). NMR is the best available technology today to detect adulteration especially in honey. It is often called the gold standard for honey testing. All honey from India which is exported must undergo this test. But this test is not mandatory for the honey that is sold in India. These same brands were again tested using the NMR technique. An additional test called Trace Marker for Rice (TMR) Syrup was also conducted on the samples in a German Laboratory. And the results were not just surprising but looked very different. So what were the result?

Many samples that had passed the Indian laboratory tests failed on TMR. Almost all samples sent to the German laboratory failed the NMR tests. The analysis done by the German laboratory indicates adulteration or addition of sugar syrups in the failed samples. 77 percent of the Indian brands including big names like Dabur, Patanjali, Zandu, Baidyanath, Hitkari and one sample of Nature's Nectar failed in the NMR testing. Some of these such as Dabur, Patanjali, Hitkary even failed the TMR that indicates “unauthorised addition of rice syrup” – a C3 sugar syrup. But these went undetected in the Indian tests on C3 sugars. There you have it. The biggest names in the Indian honey business are selling adulterated honey. Adulterated with syrups either made from sugar or rice. Of all the samples, only three brands Saffola and Markfed Sohna and Nature’s Nectar (one sample of two) passed all the From a batch of 22, only 5 passed. This is the mother of all food frauds. This is about your health. You need to know and take charge.

To know more about adulteration in honey, visit www.downtoearth.org.in