No More Socks for Dobby, Please! 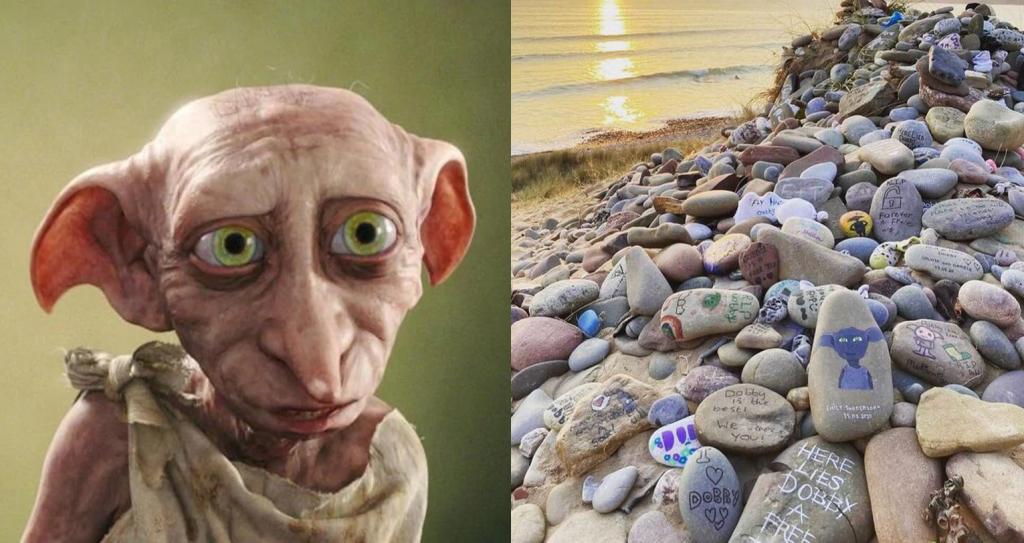 “Such a beautiful place, to be with friends.” Fans of the Harry Potter film series will remember this line, uttered in one of the most heart-breaking scenes of the saga by arguably the most beloved character of them all, Dobby the house-elf. As the adorable elf breathes his last in the arms of his friend and hero, Harry Potter, he inadvertently invites viewers to marvel at the vast, expansive beach that then becomes his gravesite.

Twelve years after the scene was shown in Harry Potter and the Deathly Hallows: Part 1, released in 2010, Dobby and his grave continue to beckon fans from near and far. The beach, which has long been identified Freshwater West Beach in Pembrokeshire, Wales, UK, is now home to an informal memorial to the elf. For some, it is a place to pay tribute to the elf, while for others it is a photo opportunity to include in their journey through Harry Potter’s England. However, for Wales’ environmental officials, it has become a safety hazard. The reason, according to the National Trust Wales, a conservation charity that recently initiated the review of the beach area, is as bizarre as it can get—people keep leaving socks for Dobby.

Socks are integral to Dobby’s story in the Harry Potter series. The laws of the wizarding world said Dobby was eternally bound to serve the Malfoys, an antagonist family in the series, unless they provide the elf with clothes. Hence in the third film (and book) Harry Potter and the Chamber of Secrets, our budding hero tricked Dobby’s cruel master, Lucius Malfoy, into giving him a sock, freeing the elf forever. In all subsequent appearances, Dobby is shown wearing the sock. This is why now, whenever fans visit Dobby’s supposed grave, they leave behind this symbol of his freedom, along with rocks or other trinkets painted with the words, “Here lies Dobby, a free elf”. 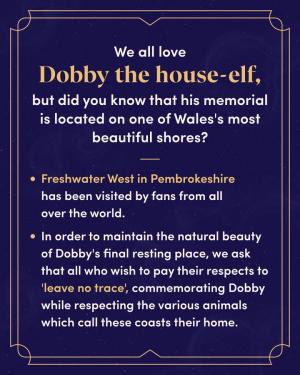 But in the real world, socks are harmful to leave on the beach. “Items like socks, trinkets, and paint chips from painted pebbles could enter the marine environment and food chain and put wildlife at risk,” The National Trust Wales said in an eight-month assessment of the beach. The charity had even considered removing the grave to prevent this litter, but ultimately, after an online survey asking the public’s views on the site, it decided to keep the grave intact—on one condition.

“The Trust is asking visitors to only take photos when visiting the memorial to help protect the wider landscape,” it said in a statement. “While we’re delighted that so many want to visit, we have to balance the popularity of the site with impacts on the sensitive nature of the beach and wider environment, and pressure on the facilities and surrounding roads,” added Jonathan Hughes, an official with National Trust Wales.

Wizarding World, the official communicator of the Harry Potter universe, has echoed this message. In a Twitter post on November 2, it asked fans to “leave no trace” of their visit to the grave, out of respect to other inhabitants of the beach—in other words, let Dobby be free of socks, please!