Babbi stared hard at the bunch of green bananas that her dad was carrying. The thick stalk had some 50 bananas. “What will we do with these?” she pondered.

But her parents were very excited. “We are going to turn this into flour,” mother informed and told Babbi to go wash her hands and come help.

By the time she returned, everyone in the kitchen was busy. Father had already separated the bananas from the stalk. He was swiftly peeling them and putting them in a bucket filled with a white liquid. That is buttermilk, dad informed Babbi and it will prevent the bananas from turning black.

Meanwhile, mom too was busy slicing the bananas with her potato chips maker. Babbi's job in the process was to spread these chips on the bedsheet spread on the floor. The work was done in less than 2 hours.

It took over three days for the chips to dry completely. Then, it was a matter of minutes before mother turned these chips into flour in a mixer grinder. As she noticed Babbi looking at the chips swirling in the mixy’s jar and turning into flour, she asked Babbi, “Now, tell me, what should we make from this flour?”

Seeing Babbi's blank face, mother giggled. “Come, let us look at some recipes that your uncle has shared,” she said. Babbi’s uncle lived in Karnataka and had shared more than 100 photos of how families in rural areas of the state were converting bananas into flour and using them as a nutritious alternative to wheat flour.

Many farmers in Karnataka are converting their surplus bananas into flour. Around 6-7 kg bananas are needed to make 1 kg of flour and it sells easily for Rs 200 per kg. The flour has immense nutritive value as it is high in potassium, vitamin B6, vitamin C, magnesium, copper, manganese, fiber, and protein.

Though the fruit is available throughout the year, having flour makes cooking easier. But most people do not know how to use it. So, in a bid to promote the flour, the homemakers in Karnataka started sharing their recipes on social media to showcase that the flour is versatile.

Babbi and her mother looked at the photos of the food items these women had shared to decide what they wanted to cook. Their choice was huge: Gulab jamun, thalipeeth, paratha, dosa, upma, noodles, cake, halwa, malt, kesari bhath, nippattu or chakkuli… They all looked yummy!

“Let’s make halwa! That would be quickest,” Babbi proposed as she couldn’t wait any longer to taste the flour.

How is banana flour prepared in rural Karnataka? 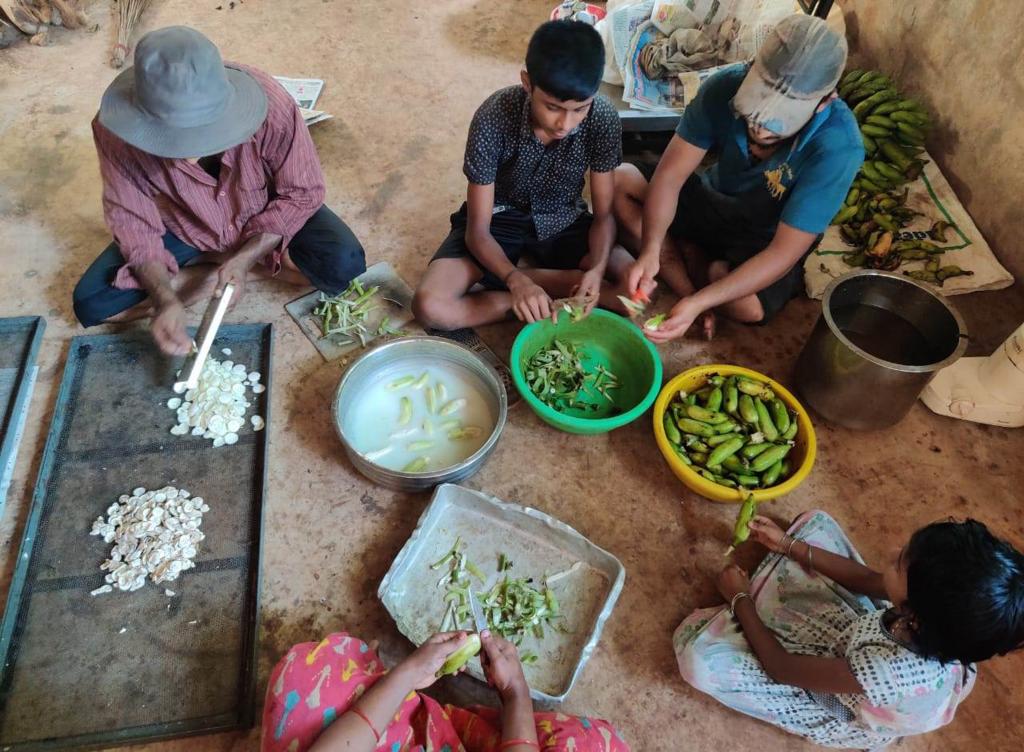 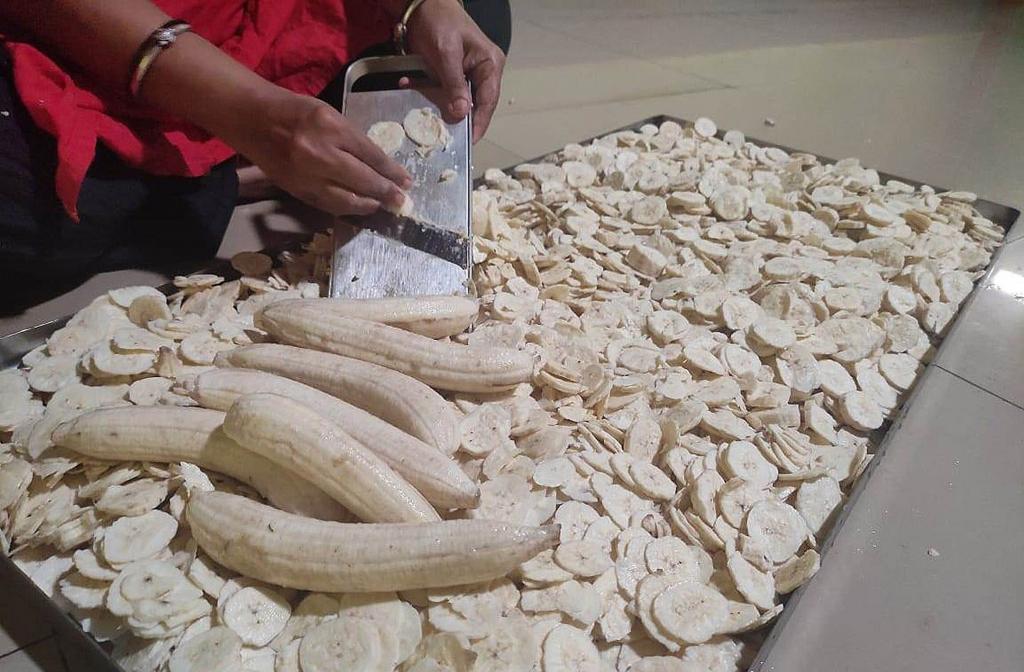 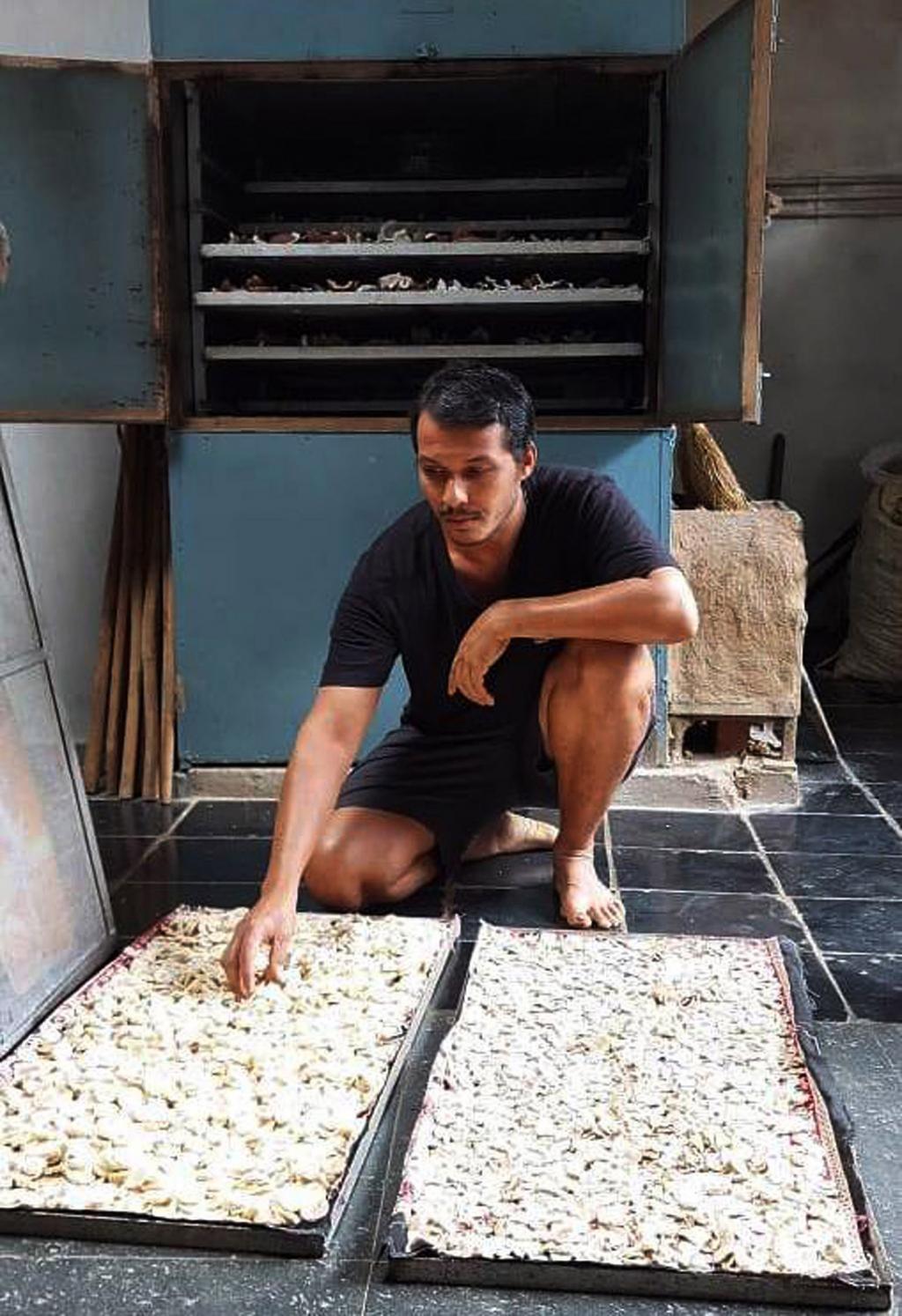 A farmer has converted an old, food-grade drier to quickly dry the chips 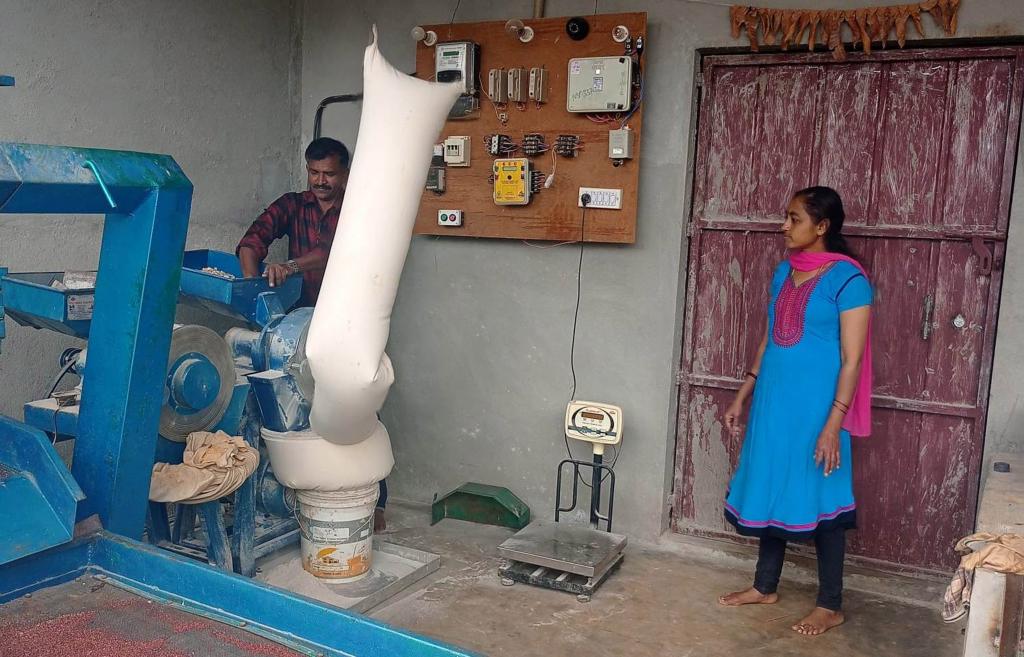 While flour can be prepared in household mixer grinders, some farmers use commercial grinders 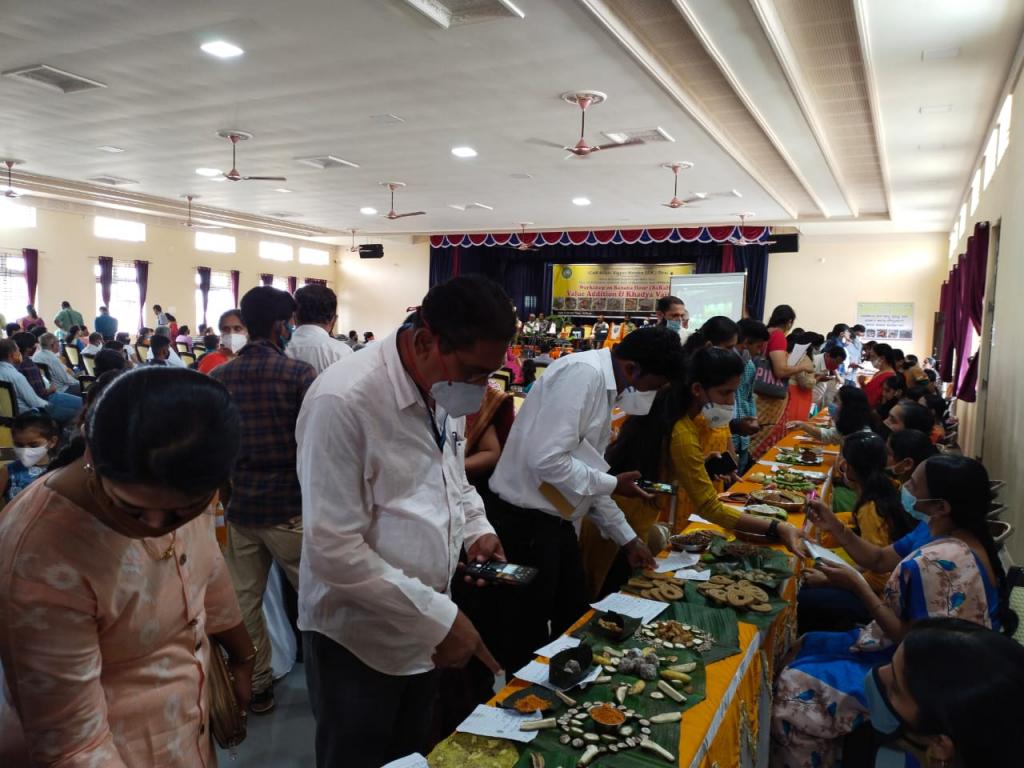 Food prepared with banana flour on display at a cookery competition