Electric bulbs, cars, fans, air conditioners, televisions, cooking ovens, chulhas, machines... The word ‘energy’ conjures up images of almost everything that makes up our everyday lives. Some forms of energy are renewable, including energy harnessed from the sun, wind and water. Energy produced from garbage, such as dead trees, branches, leftover crops and gobar, or dung, along with other forms of livestock manure—resources collectively called ‘biomass’—can also be used and then replenished.

There is also a second category, non-renewable energy. All forms of fossil fuel—oil, coal and 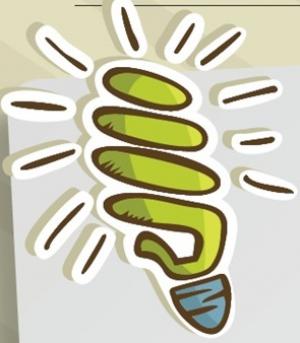 natural gas—are examples. These fuels were made over 300 million years ago and we are slowly and surely depleting the reserves. India has oil reserves, at present production levels, only for 19 years, gas for 28 years, and coal for about 230 years. Then once they are gone, they are gone.

So, what is the need of the hour? What do we do? We need to consume less and conserve. Saving energy is the first step towards energy conservation.

A recent Green Schools Programme (GSP) survey on energy consumption gives us interesting insight into how alternate sources of energy are becoming popular.

The schools were asked various questions: Why are schools opting for solar energy? What are the benefits that schools reap? Is there a difference in schools’ electricity bills?

Saving the environment, utilisation and usefulness of non-renewable sources and significant savings in the electricity bill are the three of the most important reasons for schools using renewable energy. A point to note is that only one of the schools had availed for subsidy from the state/Central government for the installation/purchase of the alternate source of energy.

The schools also stressed that this initiative has helped them understand the benefits of using cleaner and alternative renewable sources of energy. This is evident from the following examples:

As per the GSP audit 2015, over 40 schools reported using alternative sources of energy. Solar energy was the most popular, with Delhi having the most schools using solar power, followed by Haryana. Rajasthan, Uttar Pradesh and Punjab tied for the third spot.

This indicates that interest and awareness generated are the main reasons for using renewable sources of energy. There is a huge untapped potential that schools in India need to draw on to become energy-efficient.

The burning of fossil fuels releases a complex mixture of pollutants. The ones on which regulators keep a watchful eye are: particulate matter (PM), nitrogen dioxide (NO2), sulphur dioxide (SO2), carbon monoxide (CO) ozone (O3).

Schools that participated in the GSP survey