What we decide to do today is bound to have an impact on our tomorrow. Therefore, it is up to us to determine the kind of world we want to develop for our future and leave behind for our next generation. We are already witnessing manifold consequences of rising global warming and climate change in the form of extreme weather events. Think about droughts, floods, forest fires, and many such catastrophes.

We all are aware that increasing carbon emissions are largely responsible for disturbing our climate. If we want to reduce these emissions then we will have to replace our fossil fuels with some renewable energy sources on a large scale. Solar power can play a big role in this transformation. According to scientists, our planet will have a steady and unlimited supply of sunlight for the next five billion years. Our atmosphere, barely within an hour, receives enough sunlight to provide for the electricity requirement of each and every person for an entire year!

Till now, we harnessed hardly a fraction of this power using rooftop and ground-mounted installations. However, in the last decade, these equipment have upgraded drastically. Their technologies are demonstrating incredible innovation and versatility so let us take a look at some of these significant developments now. 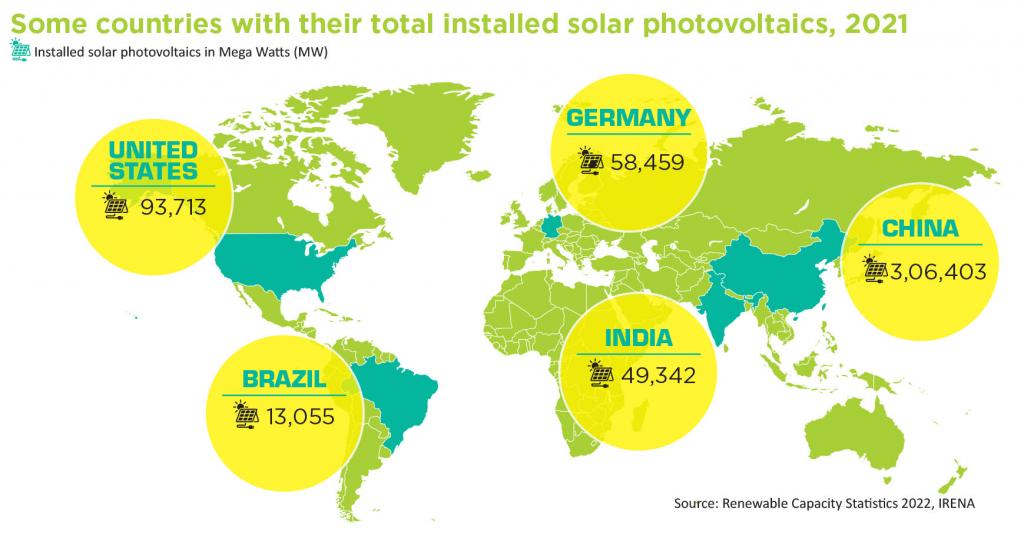 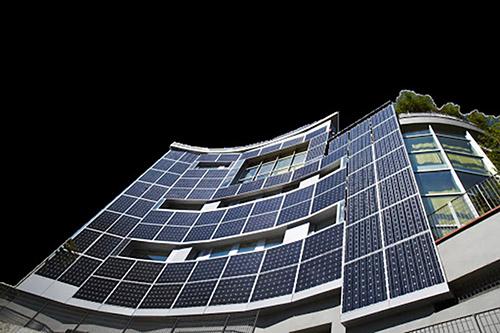 Building-Integrated Photovoltaics (BIPV) is a technology which blends solar panels seamlessly with the architecture of our buildings. The panels are integrated into roofs, canopies, curtain walls, façades, and even skylight systems of different structures. BIPV systems act as both building materials and power generators, which help us save money both on construction and electricity costs. Unlike the conventional solar photovoltaic (PV) apparatuses, the BIPVs are very aesthetically appealing in terms of the design and appearance of a building.

In the last few years, the prices of silicon panels have reduced a lot, and they have become much cheaper and efficient by day. According to experts, if PV panels are installed on water bodies, they can function much more effectively and provide a plethora of other benefits as well. Thus, floating photovoltaic systems or ‘flotovoltaics’ are designed to remain afloat over dam reservoirs and lakes. These projects not only reduce our dependency on fossil fuels but also overcome the major land acquisition challenge faced by land-based set-ups. 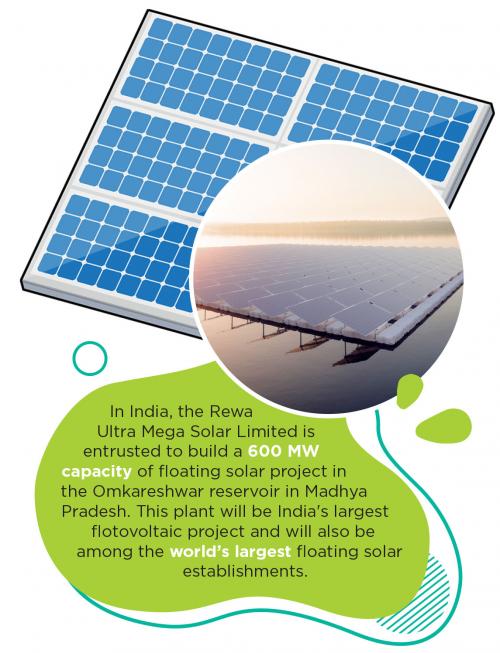 Agrivoltaics is a technology which combines solar power with agriculture. When the PVs are installed on farmlands, they offer shade to crops, which consequently lose less water due to transpiration. At the same time, they also generate solar power which the farmers can utilise for irrigating and ploughing their fields. In 2017, an agrivoltaic pilot project was initiated by the Central Arid Zone Research Institute in Jodhpur. Another was established in 2021 throughout all the agricultural lands of the Sitapur district in Uttar Pradesh.

From petrol and diesel based cars to CNG-based buses and electric automobiles, we now have vehicles running on solar. Though this sector is currently in its infancy, it can soon become an option for the future. Solar buses and solar cars are already being considered today.

We are already familiar with solar lights and solar water heaters. Their efficiency and cost-effectiveness has made them very popular and hence we now have with us a wide range of daily-use solar products. These include: solar bags, solar jackets, solar chargers, solar emergency lights, solar sunglasses, and solar toy cars. Do check these out and you’d surely like many of them! 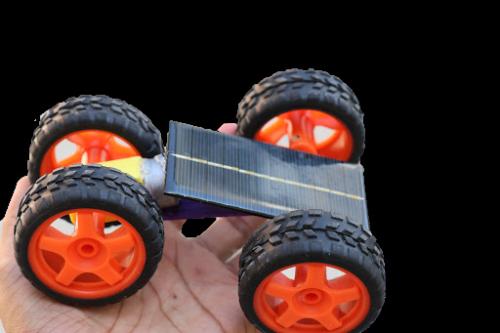 In the COP26 in Glasgow, Prime Minister Narendra Modi declared that India would aim to reach the net zero target by 2070. It will do so by increasing its non-fossil energy capacity, i.e., capacity to generate energy from non-fossil fuel sources, to produce 500 GW by 2030. Since solar is the biggest contributor to India's non-fossil fuel sector, or the renewable energy sector, all the above innovations happening in this field will play a major role in fulfilling our national goals.